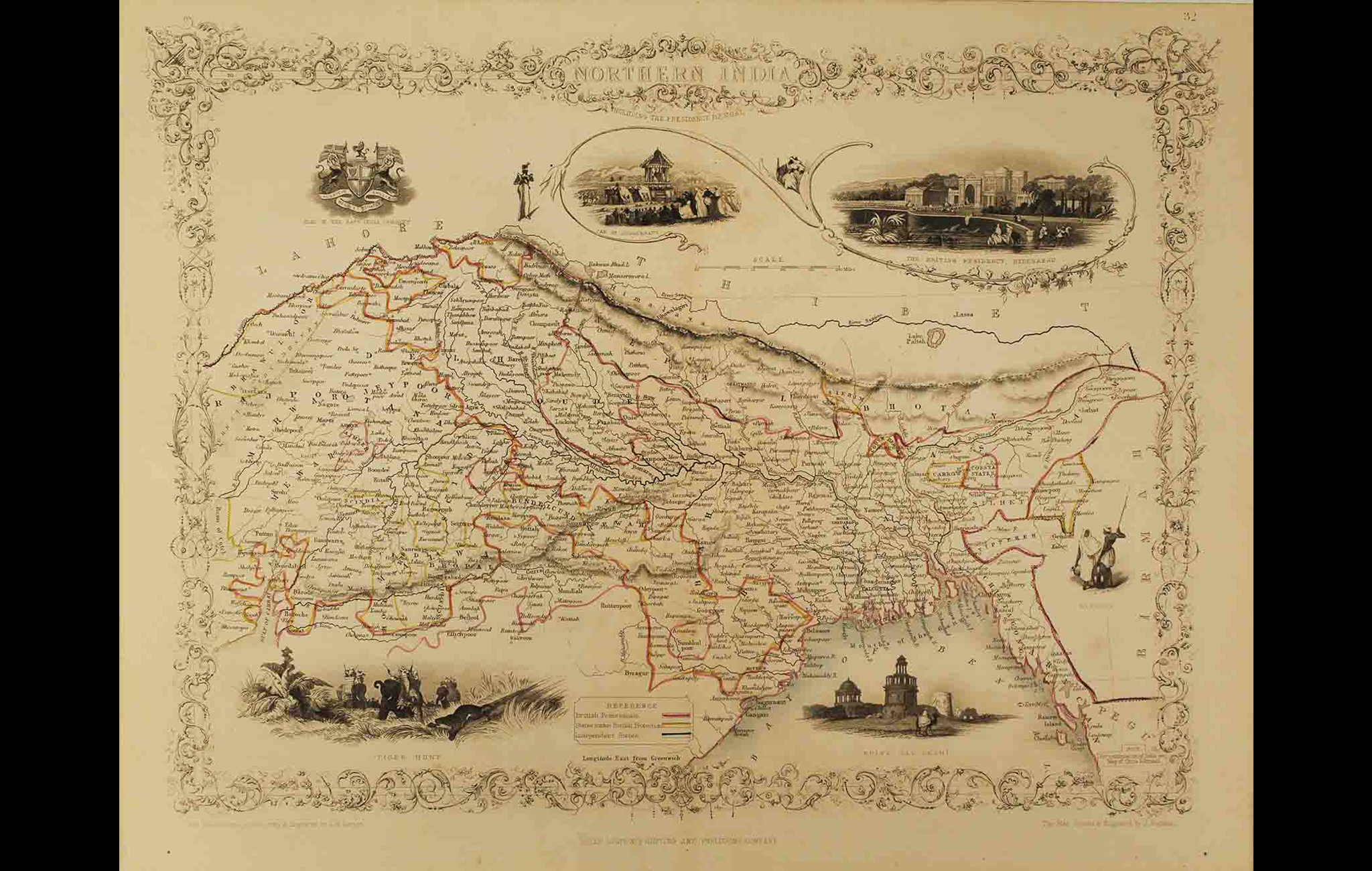 The Illustrated Atlas, published from 1849 to 1853, was the last decorative world atlas. And this map, Northern India Including the Presidency of Calcutta, is typical of the several maps that appear in the Illustrated Atlas, full of intricate borders and vignettes. The illustrations in the ‘Northern India’ map include the Seal of the East India Company on the left, the Car of Juggernaut, the British residency in Hyderabad, a tiger hunt and ‘Hindoos,’ a depiction of a native man and woman.

John Tallis (1817-1876) was a British map publisher. He began his career with a series of London street views and a collaboration with one Frederick Tallis, which ended in 1849. Tallis published the Illustrated World Atlas, one of the last series of decorative world maps ever produced, for the Great Exhibition of 1851. The maps were later reissued by the London Printing & Publishing Company too. In 1858, John Tallis began publication of the popular Illustrated News of the World and National Portrait Gallery of Eminent Personages, selling it in 1861 (it ceased publication in 1863).

Northern India including the Presidency of Calcutta