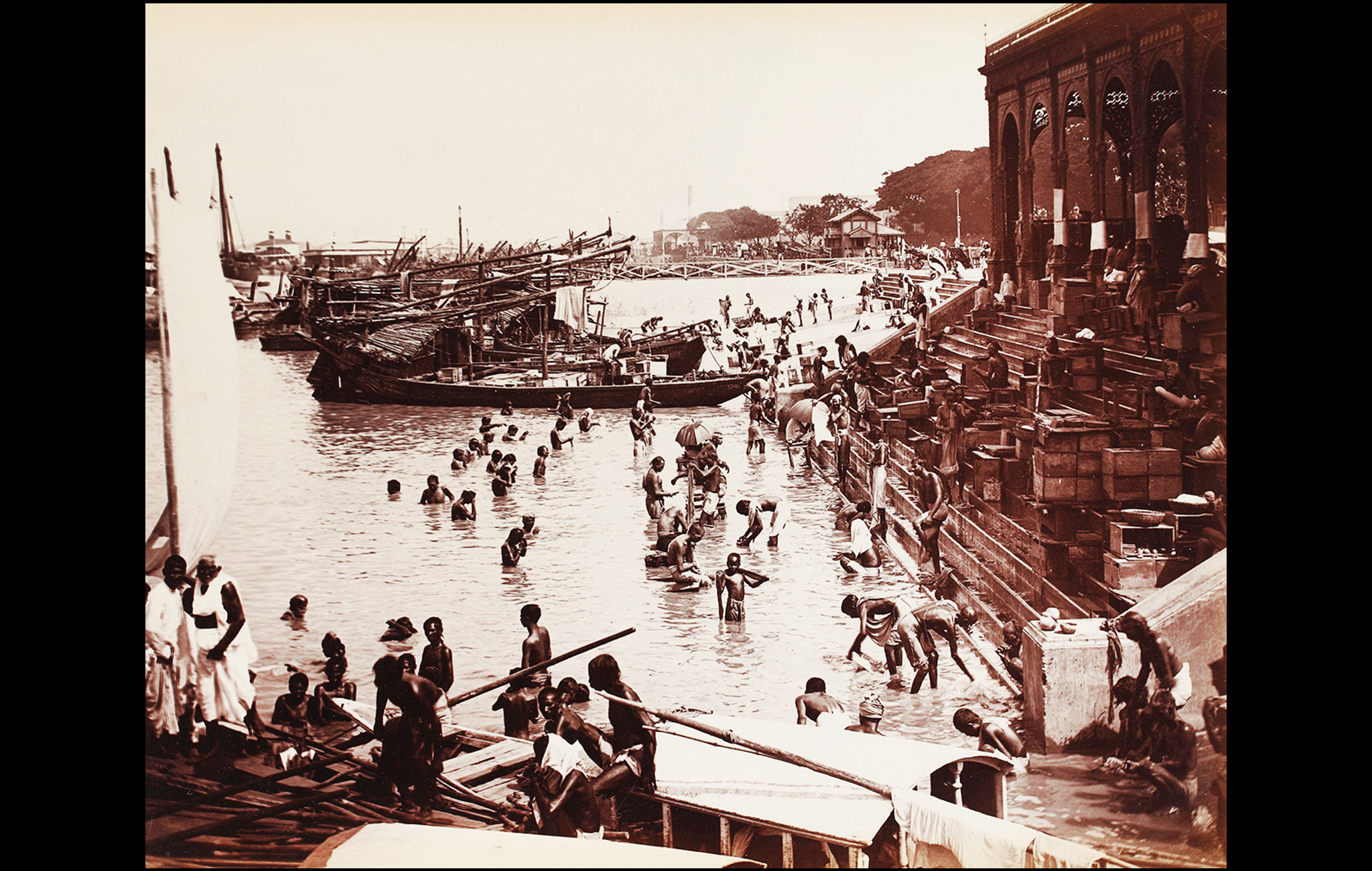 This image shows the Armenian Ghat by the Hooghly River. It is said to have been built in 1734 by Manvel Hazaar Maliyan, an Armenian Trade merchant.

The Armenians came to Bengal in the 16th century CE, during the Mughal rule, for commercial purposes and established a settlement much before the British East India Company set foot in Calcutta.

The community grew very powerful and affluent. The first Armenian Church was built by Akbar in Agra and the settlers’ first commercial settlement in India, in 1562 CE. They moved to various other cities such as Bombay, Surat, Madras and Calcutta, trading in textile, mirrors, guns, swords, amongst other things. Establishing themselves in Calcutta, they later developed a friendship with the British enjoying equal privileges and opportunities in the society.

The Armenians would use the English ships for trading while the English used the Armenian’s land, language knowledge and negotiation skills to get concessions from the Mughal courts and increase the company’s trade in the interiors. One of the earliest evidences of the Armenian settlement in Kolkata was the tomb of an Armenian woman Rezabeebeh Sookia, near Kolkata’s Armenian Church of Nazareth, dating back to 1630 CE, whereas the church was built in 1688 CE.