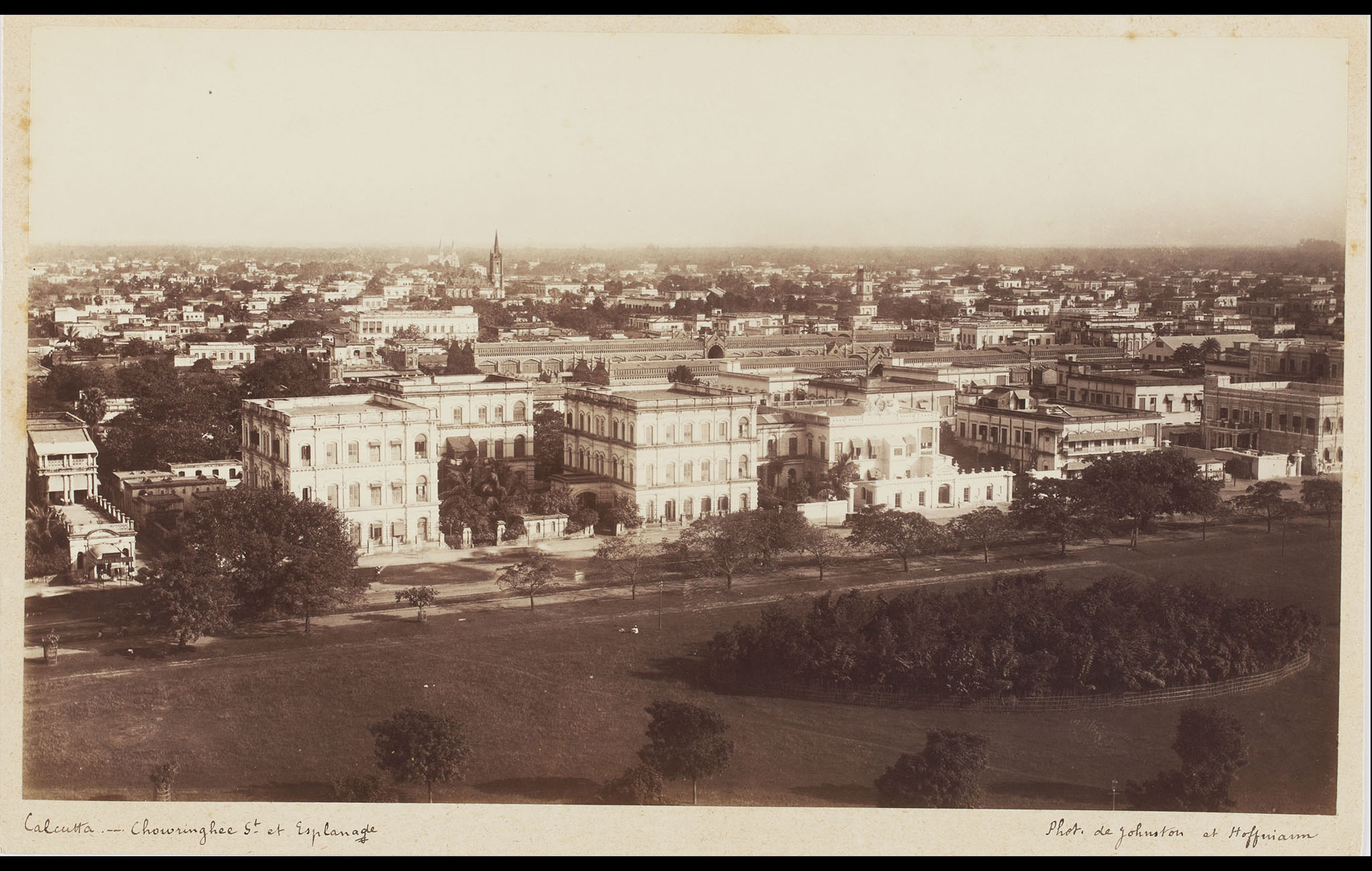 This view looks east from across the Maidan and the Chowringhee road with a clear landscape of the public buildings and private houses. Chowringhee Road was one of the Maidan’s major streets, and one of Calcutta’s broadest avenues. It was almost two miles in length and about eighty feet in width, with houses on one side only, facing the Maidan separating it from the Hooghly river.

This area formed a vital centre around which the English constructed their impressive residential buildings with large compounds, businesses, worship centres and recreational areas. Right behind the first row of buildings seen in this picture, is a large market complex recognised today as the New Market of Calcutta, formerly known as the Hogg Market, which was built between 1871 and 1874.

This photograph was taken by Johnston & Hoffmann. Julius Hoffmann Theodore and P.A. Johnston ran a studio in Calcutta in 1882 and then founded the Darjeeling Studio in 1890. On Johnston’s death in 1891, Hoffmann took over the company. The third branch in Shimla opened in the mid-1890s. They also had a studio in Rangoon, Burma, sometime around 1890. Johnston & Hoffmann were in the trade till the 1950s.