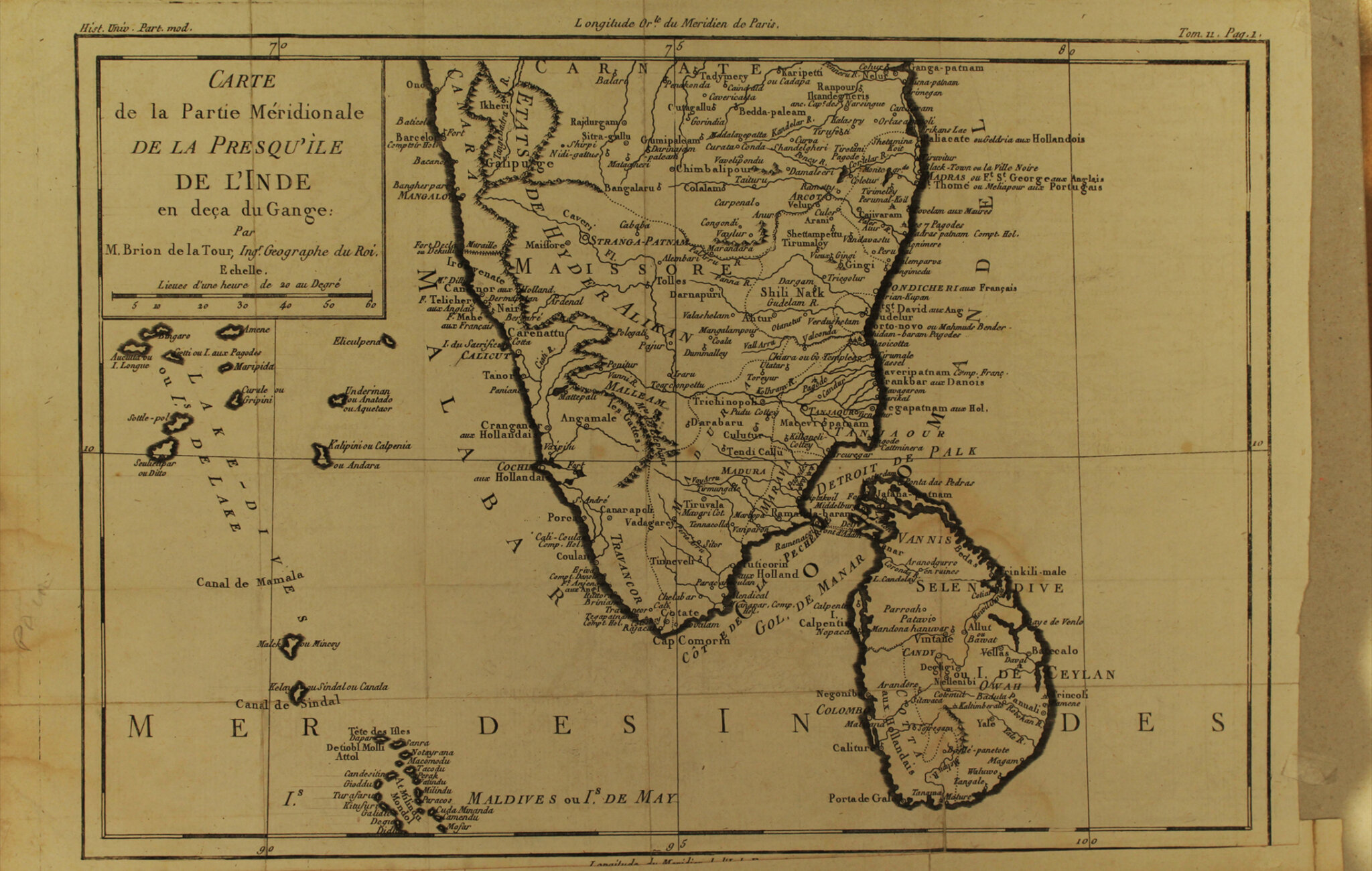 This is a French map of South India and Ceylon from 1780. Its publisher, Louis Brion de la Tour, was the Cartographer Royal to the King of France, and had an illustrious career publishing several important atlases such as the Atlas Géneral. However very little is known about him. He had a son with the same name and much of their work has since been mixed up since they both used the same imprint and were active during the same time from around 1740 to 1800. Their work was frequently published in partnership with one Louis Charles Desnos, and their most notable work – the Atlas Géneral – is credited to him.

As seen here on this map, certain places like Mahe are marked “aux Français,” Cochin is marked “aux Hollandais,” and “Trankbar” “aux Danois”. By mapping India, European imperialists took stock of their current holdings and carved out their expansionist ambitions. The French traveler Louis de Grandpré highlighted the importance of linking geographical knowledge with imperial power. After his tour of India in 1790, he traced the French losses in the Carnatic war to inadequate cultivation of cartographic knowledge of India.