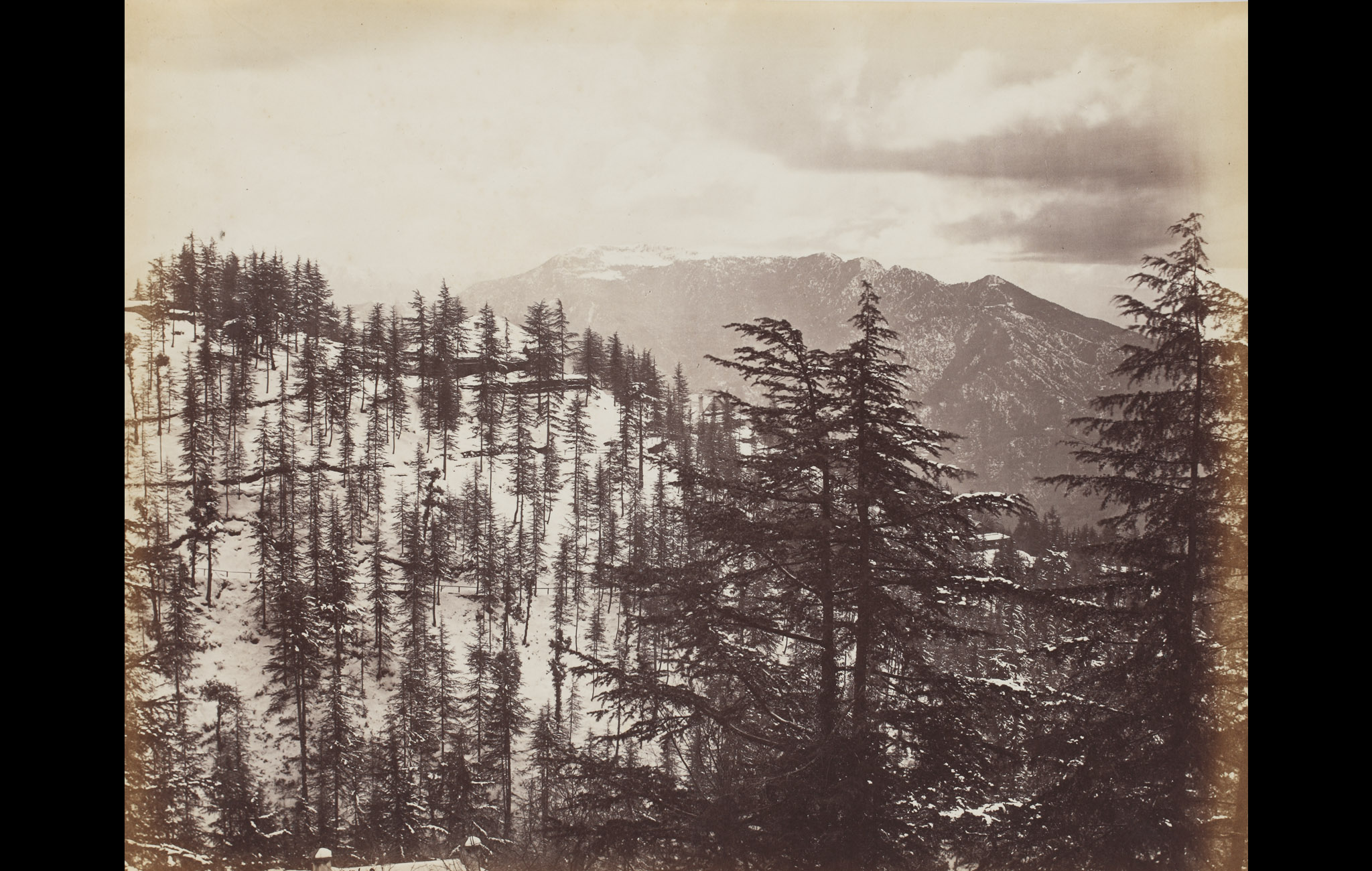 This photograph shows a view of Shimla during the winters from an elevated platform overlooking a snow-clad mountainous landscape covered with pine trees.

Shimla, the current capital of Himachal Pradesh, was regarded as a favoured resort with the British residents in the nineteenth and the early twentieth century. It was known as the ‘English Convalescent Station’. Sharing his first impressions about Shimla in 1863 , Bourne’s states,“I must confess to disappointment on my first view of Shimla . A mass of apparently tumble-down native dwellings on the top of a ridge, with bungalows scattered here and there on the side of a mountain covered partially with fir trees….”.

However, as he further got acquainted with the city he wrote, “It has afforded me a considerable number of pictures of a certain class, while, as regards the climate, nothing could be finer”. Crucial for Bourne’s Himalayan expeditions, Shimla was an ideal trailhead for the access of regions into the high country.

Shimla in Winter; Mountains and Clouds, looking South of Shimla