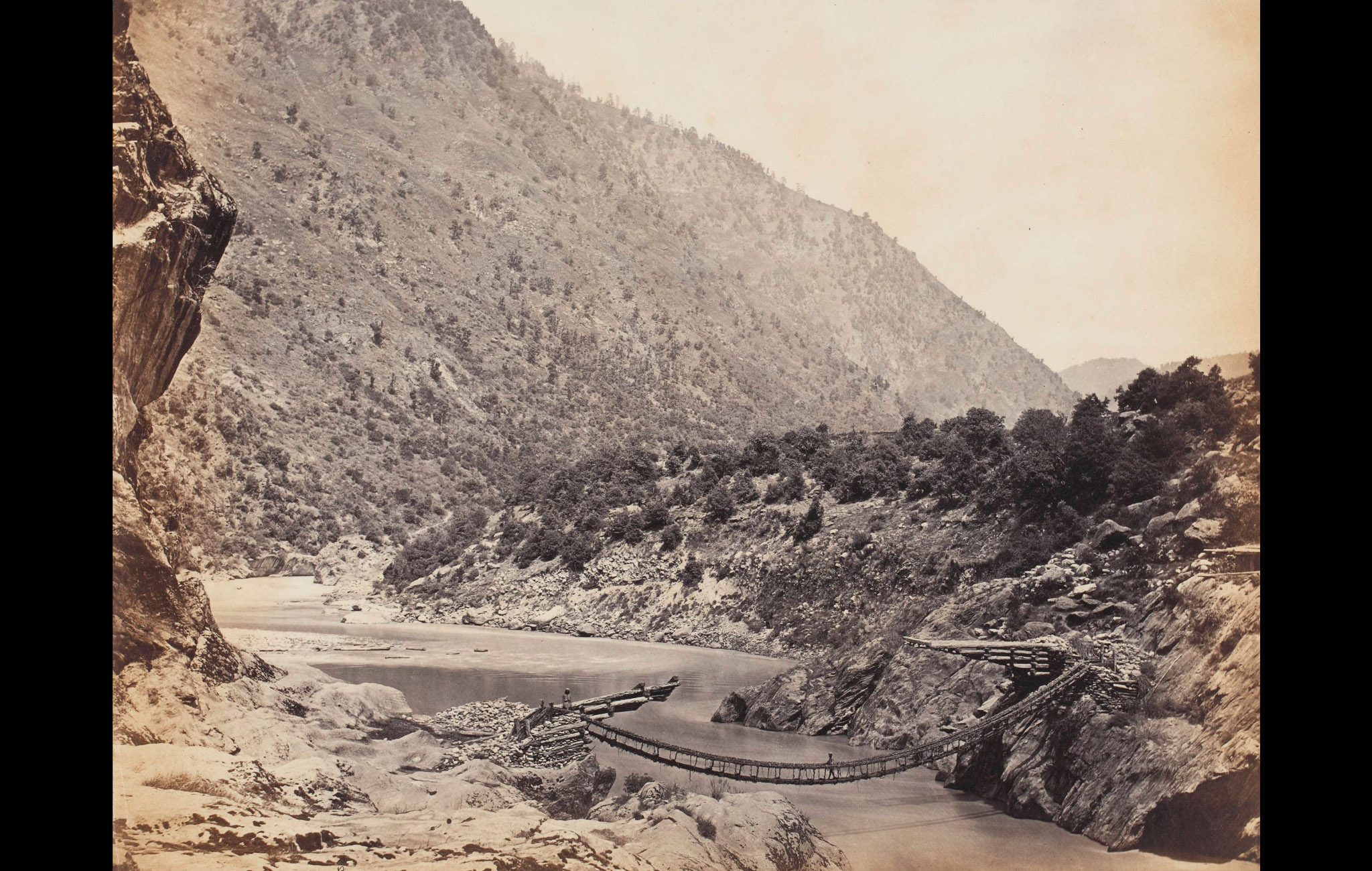 This photograph of a bridge over the Chenab river near Kishtwar, located in the present-day Jammu and Kashmir state, was taken by Samuel Bourne.

Sharing his impression of the bridge in the British Journal of Photography, Bourne informed, “I soon found myself again at the Chenab, but this time only to cross it by a rather nervous bridge. The bridge was made of twisted twigs, and swung from the rocks on each side like a suspension bridge, dipping very low in the centre. As this was an interesting object in itself, and with the river and surrounding rocks made a fair picture, I took two views of it but was almost broiled in doing so. I then crossed it without fear or accident, and without the assistance of the man in charge, who is there to conduct timorous travelers across”

In 1864, Samuel Bourne embarked on a nine-months long expedition to Kashmir and its adjacent districts accompanied by forty-two helpers, personal staff and six palanquin bearers. Starting from Lahore on 17 March 1964, Bourne journeyed through the north and halting in Kangra, Bijnath, Dharamshala, Dalhousie, Chamba, and reaching the Chenab valley in the middle of June where this picture was produced.

Twig Bridge On The Chenab Near Kishtwar