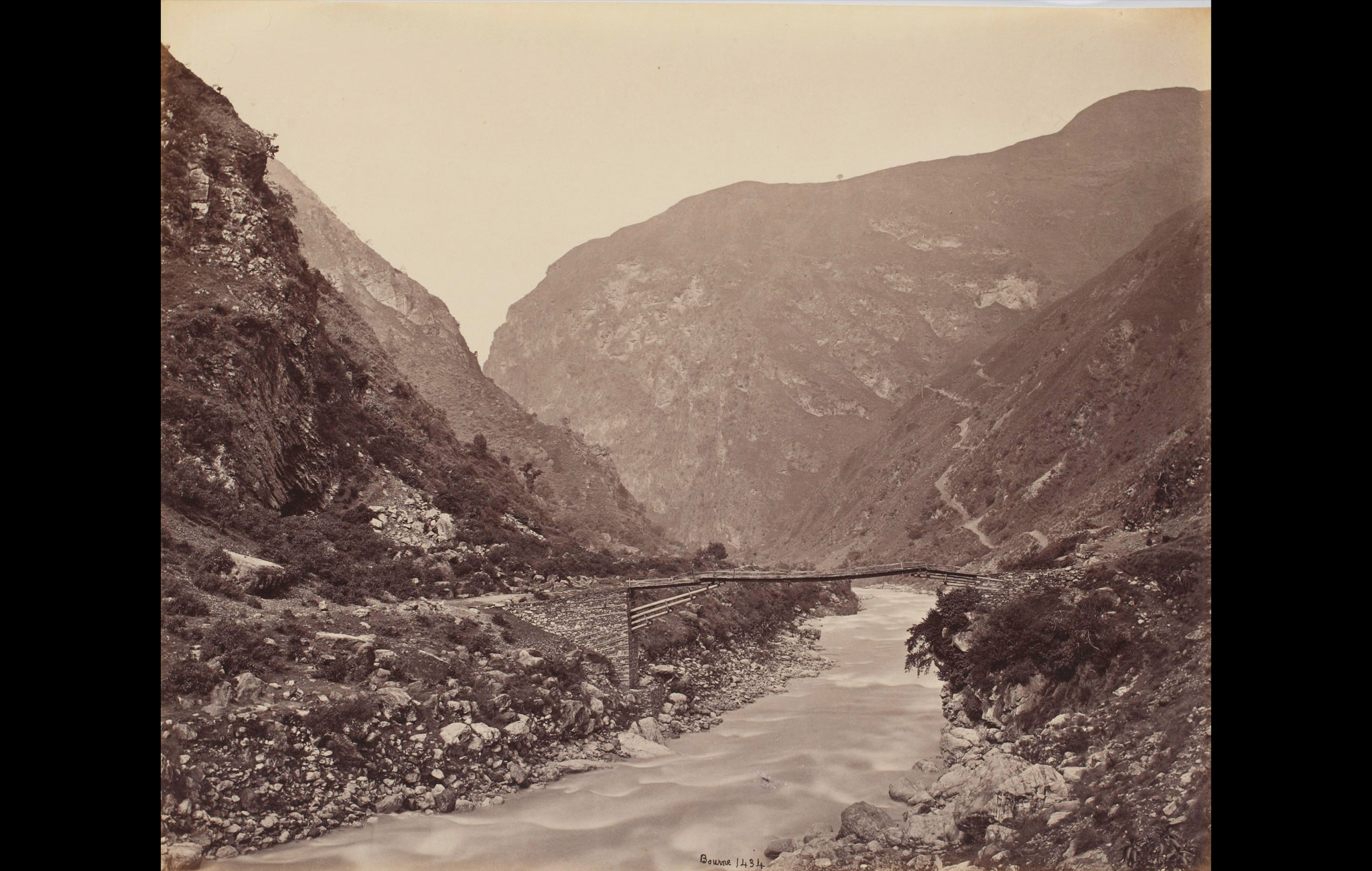 This photograph of a footbridge over a stream flowing between a valley was captured at Larji in the Kullu district by Samuel Bourne.

In 1866, Samuel Bourne proposed to trek the, “rich valley of the Beas river through Kulu, penetrate into the wild and desolate regions of Spiti as far as the borders of Tibet, thence, via Chini and the Buspa Valley, to the sources of Ganga”. From July to December 1866, Bourne was on his last Himalayan expedition exploring the unexplored regions of the Himalayas, and accompanied by Dr. G.R. Playfair a botanist and geologist, and sixty helpers to carry and transport his equipment and essentials.

View on a Stream at Larji, Kullu