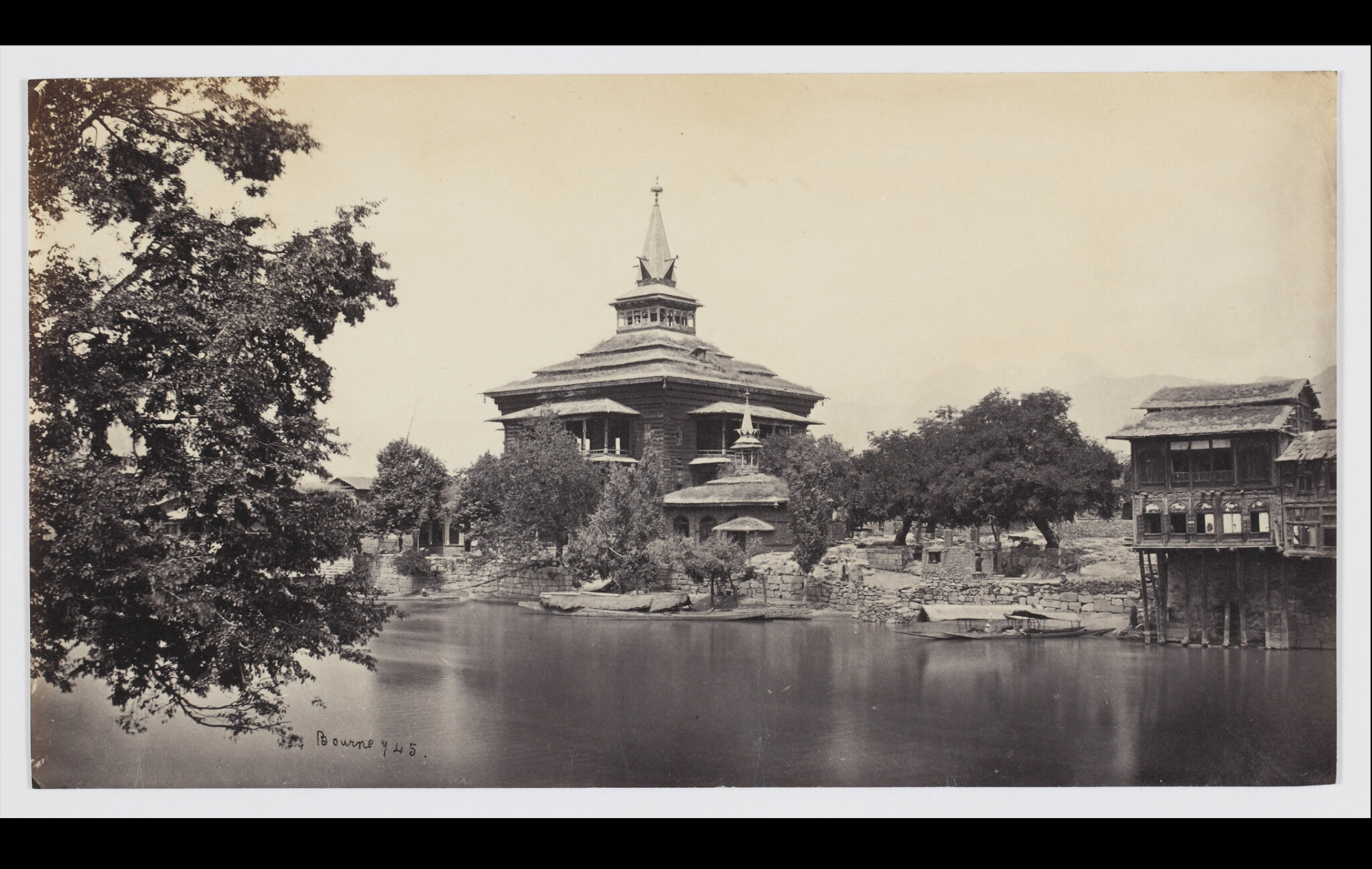 The Shah Hamadan or the ‘Khanqah-i-Moualla’ was built as a mosque and shrine to Mir Sayyid Ali Hamdani (also known as Shah Hamadan) in the late 14th century. Also called the Amir-i-Kabir (the Great Commander), he was a Persian Sufi saint who played a vital role in spreading Islam in Kashmir. Shah Hamadan was constructed on the banks of the Jhelum river.

Since its conception, the mosque has been destroyed and rebuilt three times, in the process reflecting its quiet message of regeneration and hope. It is a typical example of the traditional Kashmiri mosque, with its pagoda-like form and its steeple rising tall. Built in wood, the mosque owes its unique pagoda-like architectural style to the climatic and seismic conditions of the land.

This picture was taken by Samuel Bourne, a banker with itchy feet. He arrived in India in the 1860s and visited the Kashmir valley during his epic Himalayan photographic expedition. Paintings of India so enamoured him that he quit his job in Nottingham and arrived in Calcutta in 1863. Now regarded as one of the earliest travel photographers in the world, Bourne started exploring Indian landscapes in the hills of Shimla and spent months in Kashmir, returning with incredibly detailed images of the Himalayas and Gangotri glacier.