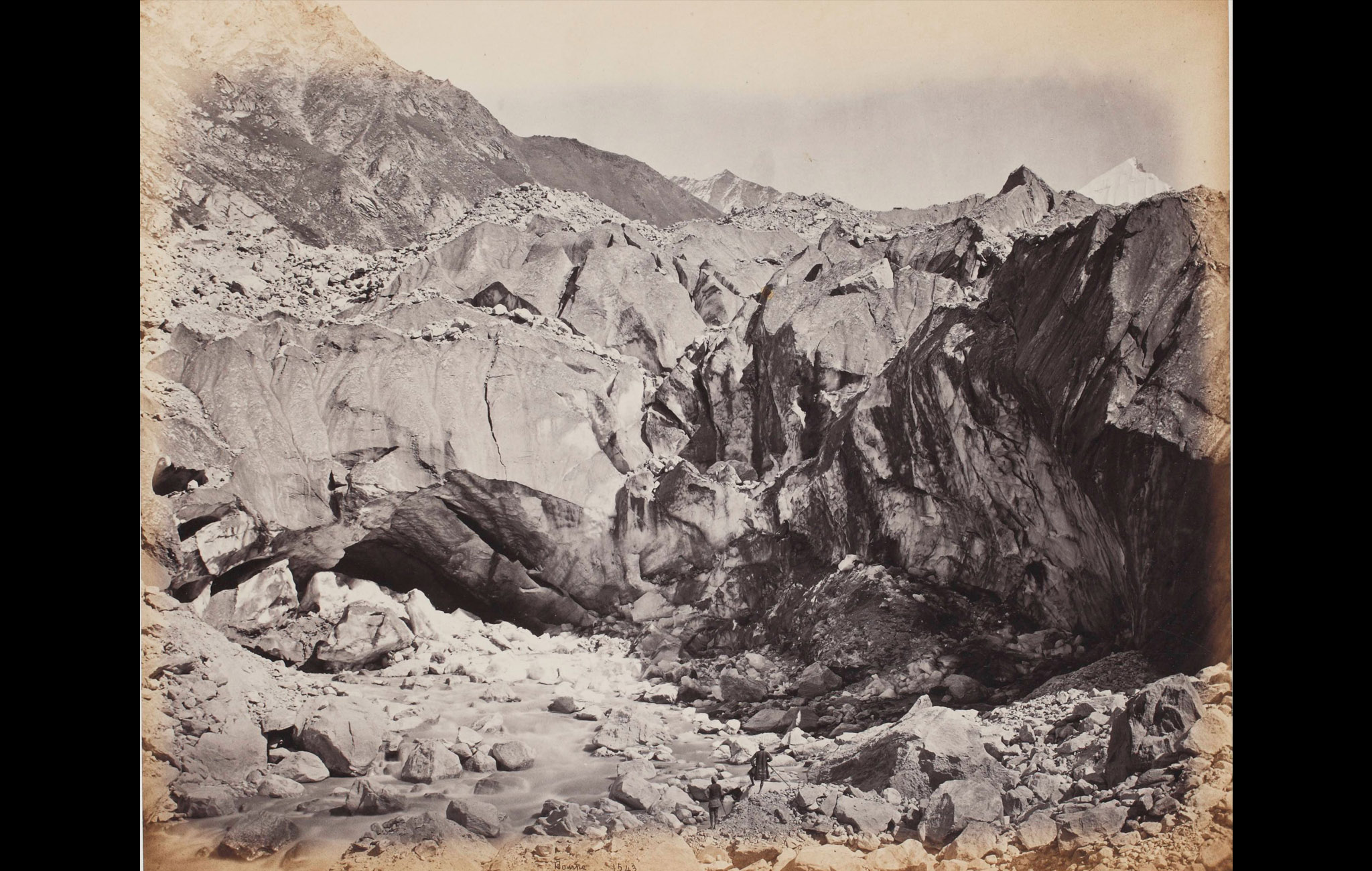 This photograph, taken by Samuel Bourne, is of the ice cave at the foot of the Gangotri glacier.

The image shows two men at the foot of the glacier where the river emerges out of the ice cave, also called ‘Gomukh’.

Recalling his reaction upon reaching the glacier, Bourne writes, “we reached our destination at last, and I felt a degree of satisfied curiosity, and I ought to consider myself a privileged mortal in being permitted to gaze on this the first visible issue of the mighty and holy Ganges from the vast ice beds which cradle its birth.”

Samuel Bourne is regarded to be the first photographer to ever document this glacier and the source of the river through photography. In 1866, Samuel Bourne undertook his last Himalayan expedition through the unexplored regions of the higher Himalaya. This expedition, reaching one of his celebrated destinations, the Gangotri glacier, also known as the primary source of the river Ganga, was regarded as one of the most ambitious of his three journeys across the Himalaya. He writes of having taken “two or three negatives” of this “holy and not altogether unpicturesque object.” Bourne met with a few pilgrims, procuring holy water, after reaching the temple at Gangotri, a few miles before the glacier. Of this, Bourne records “if they were satisfied without going to the source, I was not; the water was not pure enough for me. I must take it from the very beginning of the sacred river, and washing my hands in innocency of leaving the very spring of its existence unexplored.”

Source of the Ganges, Ice cave at the foot of the Glacier