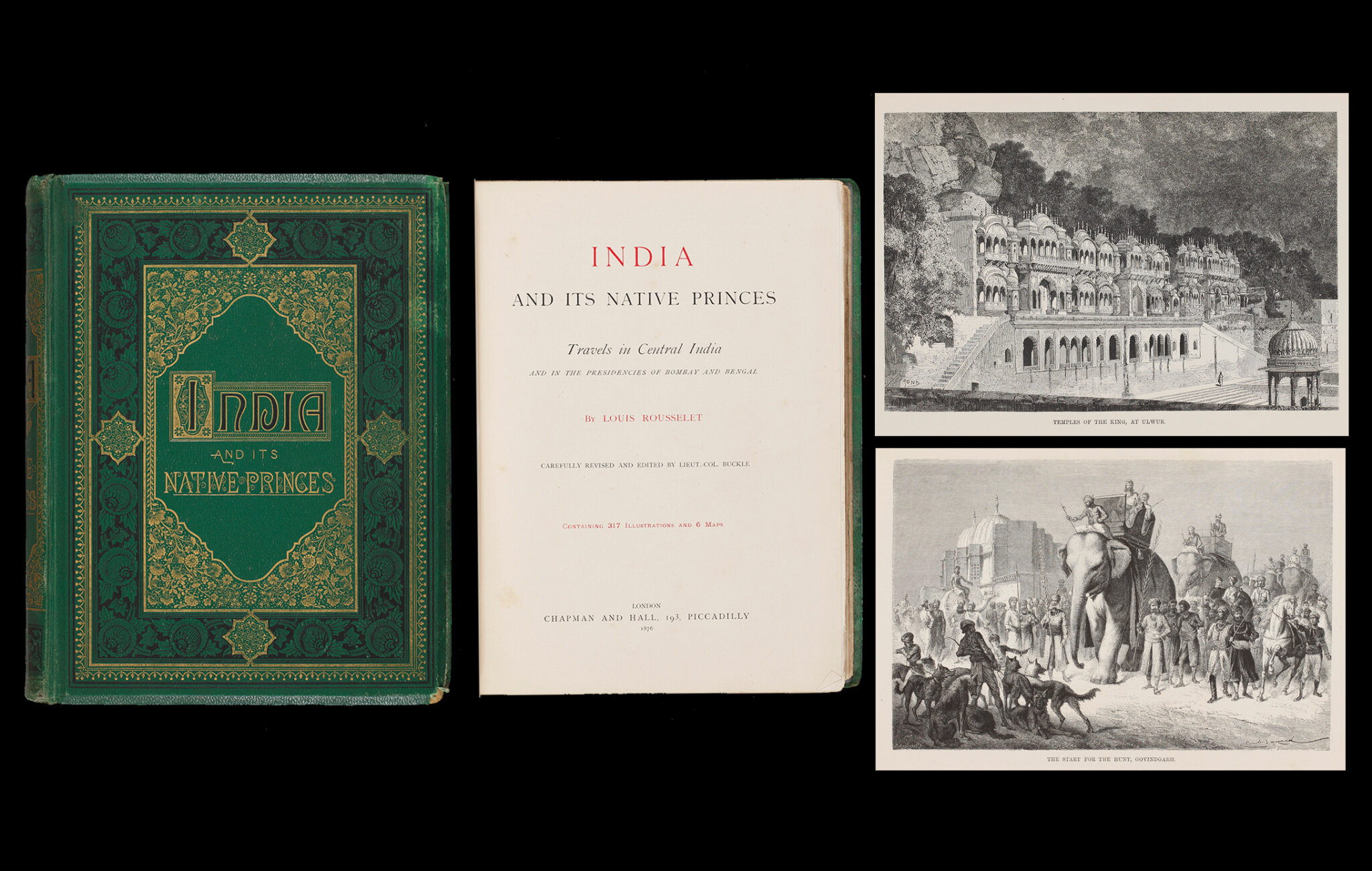 On June 20, 1864, French writer and photographer Louis Rousselet boarded the Veetis, an English steamer bound for the east, from Marseilles. He arrived in Bombay in the middle of monsoon in early July, and stayed on in India for six years, travelling the country and photographing his observations. At the end of his travels, he left behind a highly detailed account of his travel in India, its historical monuments, religious beliefs, ancient civilization, and its diverse people’s customs and manners.

“I had by turns visited the presidency of Bombay, the Deccan, Goojerat, the eighteen independent courts of Rajpootana and Central India, the land of the Bheels, and the Gounds, the Punjab, the Western Himalayas, Hindostan, Audh, Behar and the Bengal. From Ootacamund to Simla, from Peshwar to Dacca, I had traversed this immense country in every direction,” he writes of his travels.

Rousselet’s prolific travelogue is revised and edited by Lieut. Col. Buckle and contains over 300 woodcut illustrations and six maps.

India and its Native Princes. Travels in Central India and in the Presidencies of Bombay and Bengal