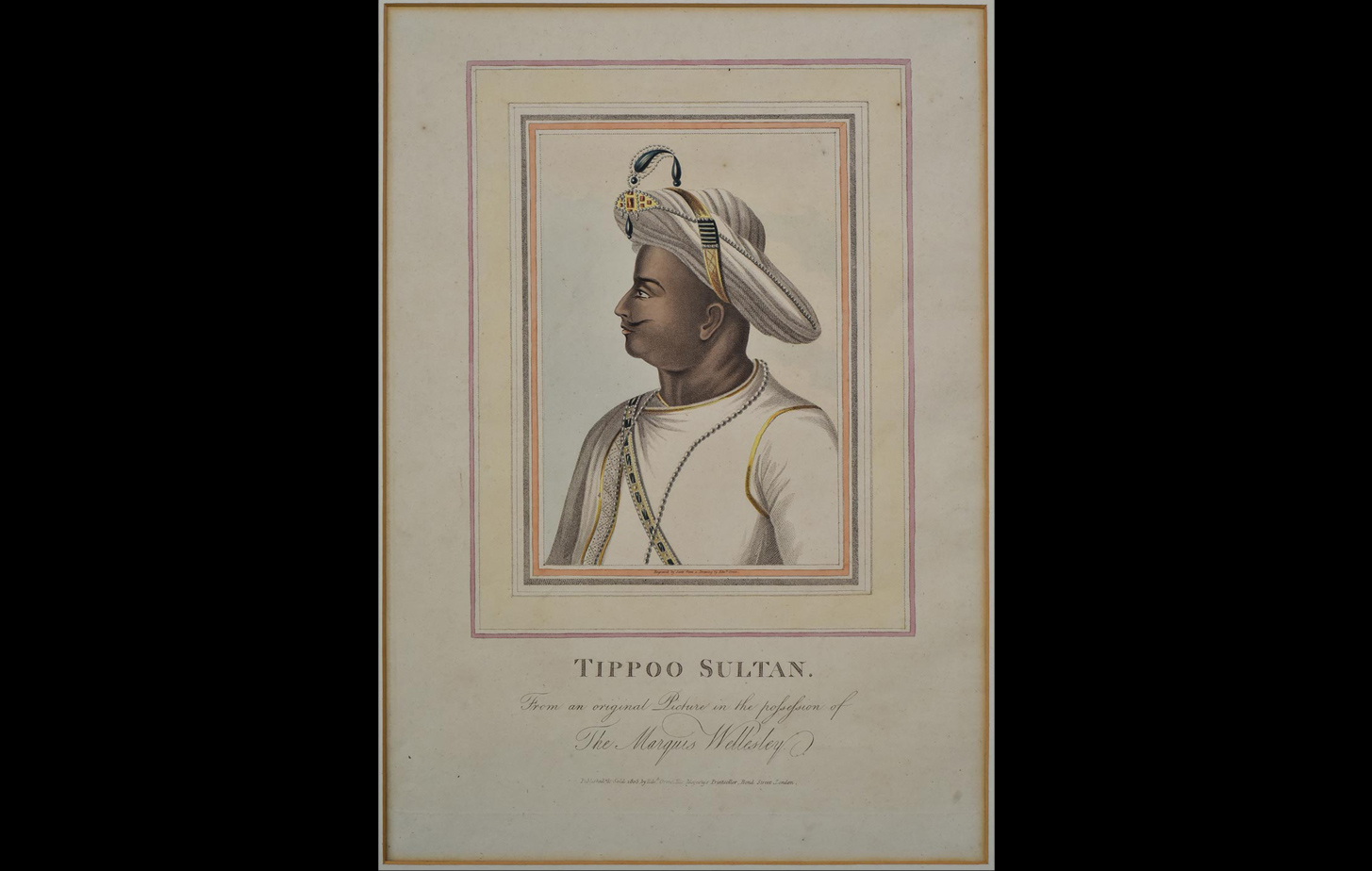 This print is based on a portrait of Tipu Sultan, ruler of Mysore and hostile opponent of the British in late 18th century South India, in the possession of Richard Wellesley, Governor-General of India during the fourth, and final, Anglo-Mysore war of 1799. Masterminded by Wellesley, the 1799 campaign, which resulted in Tipu’s death and the fall of his capital Seringapatam, was the first openly aggressive, preemptive strike by British forces in India. In this portrait, Tipu is depicted in characteristic fashion wearing a white tunic, matching turban with a jewelled turban ornament, a jewelled band across his chest and a long necklace of pearls. Tipu’s portraits were often modelled on those of the Mughal emperors, for whom such ornaments were symbols of royalty.