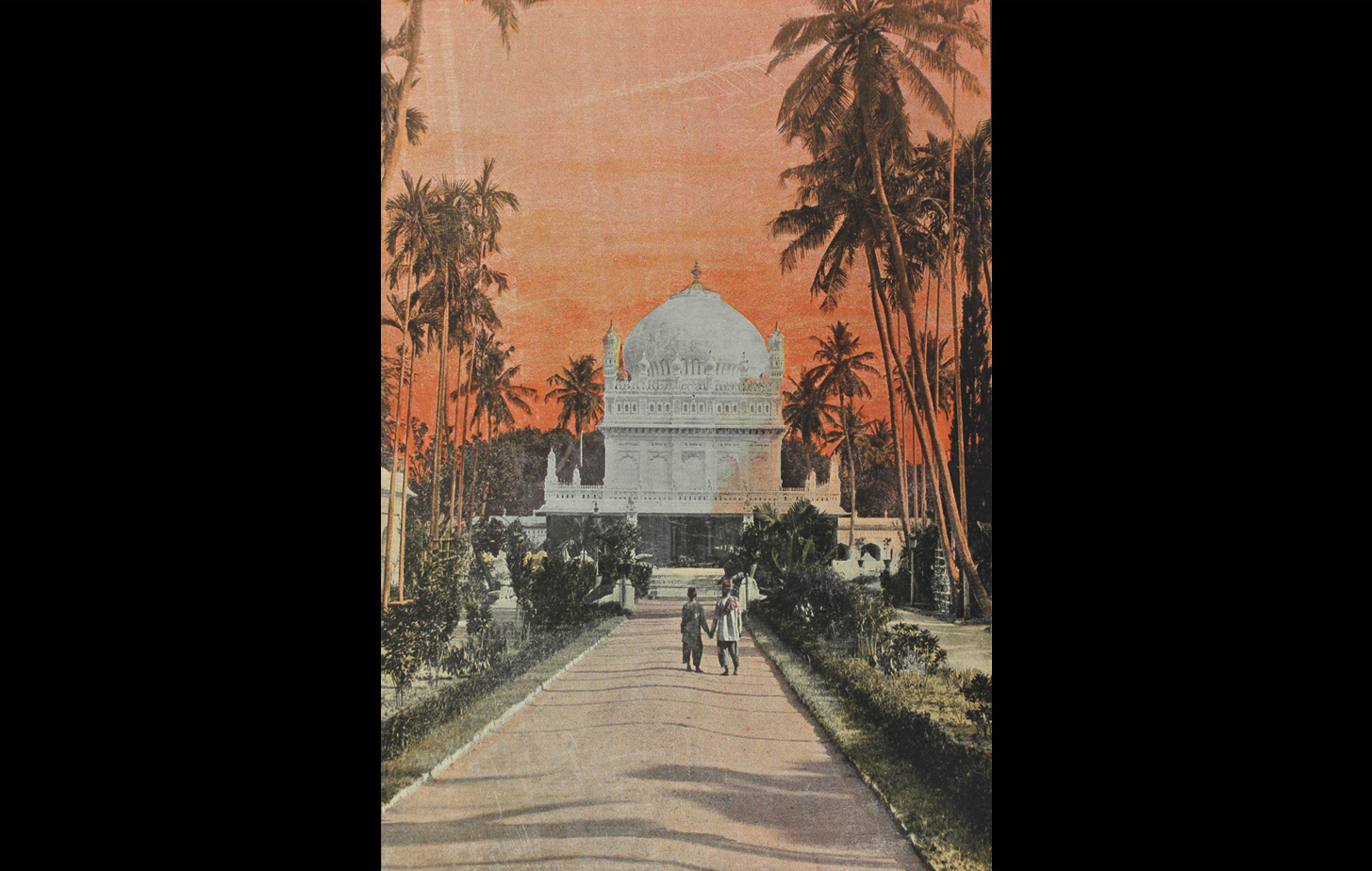 This engraving after an original photograph by Bourne and Shepherd shows the mausoleum of Tipu Sultan and Haider Ali in Seringapatam (now Srirangapatna), erstwhile capital of the Kingdom of Mysore.The domed mausoleum is seen situated on a raised platform in the middle of a landscaped garden. The tomb was first built by Tipu to hold the graves of his parents; he was buried there after his death in the Anglo-Mysore war of 1799. Through the course of their partnership between 1864 – 1871, early commercial photographers Samuel Bourne and Charles Shepherd produced approximately 2500 studio portraits and photographs of picturesque landscapes and monuments in India. This particular image is a photochrome – a process that combined black and white photography with colour lithography, producing vividly coloured images at a time when colour photography was not commercially viable.