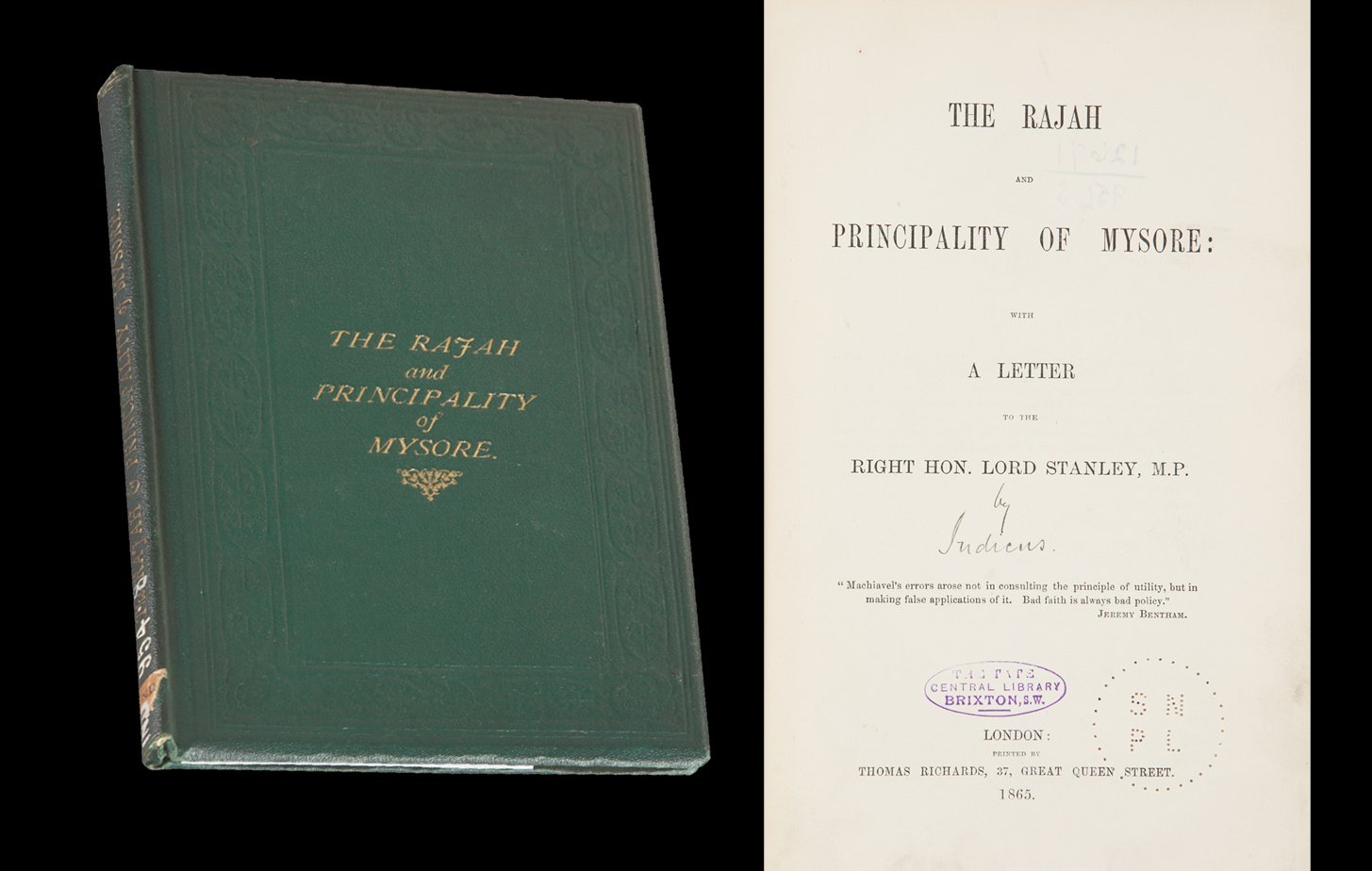 The book gives us an insight into the position of the Maharaja of Mysore during the colonial period. The author, Thomas Evans Bell (1825 – 1887) was an English Indian army officer and writer who used the pseudonyms Undecimus and Indicus and wrote extensively on Indian affairs. He was a stern critic of the East India Company and in a letter addressed to Edward Henry Stanley (1826-1893), Secretary of State for India, he writes: “The following statement of the claims of the Maharajah of Mysore to be reinstated in the executive government of his dominions, and to have his adopted son recognised as the lawful successor to his throne, is inscribed to your Lordship as the Minister under whose auspices Her Majesty’s Proclamation of 1858 was issued to the Princes and people of India. The case is recommended to your Lordship’s consideration as one which in its actual condition threatens to destroy all confidence in the sincerity of that Royal Proclamation – as one which involves the refusal of reform, and the commencement of a new series of annexations.”
“Your Lordship cannot fail to observe the remarkable features which, in its beginning, its progress, and its actual situation, distinguish this critical case. The administrative sequestration of the Mysore territories originated in a hasty error, which was frankly acknowledged by its responsible author, Lord William Bentinck. During the first sixteen years, the temporary and friendly object of our management was distinctly and repeatedly declared; and no hint was given that any detriment or danger could thereby accrue to the Prince and his family, or to the Native State.”

The Rajah and Principality of Mysore