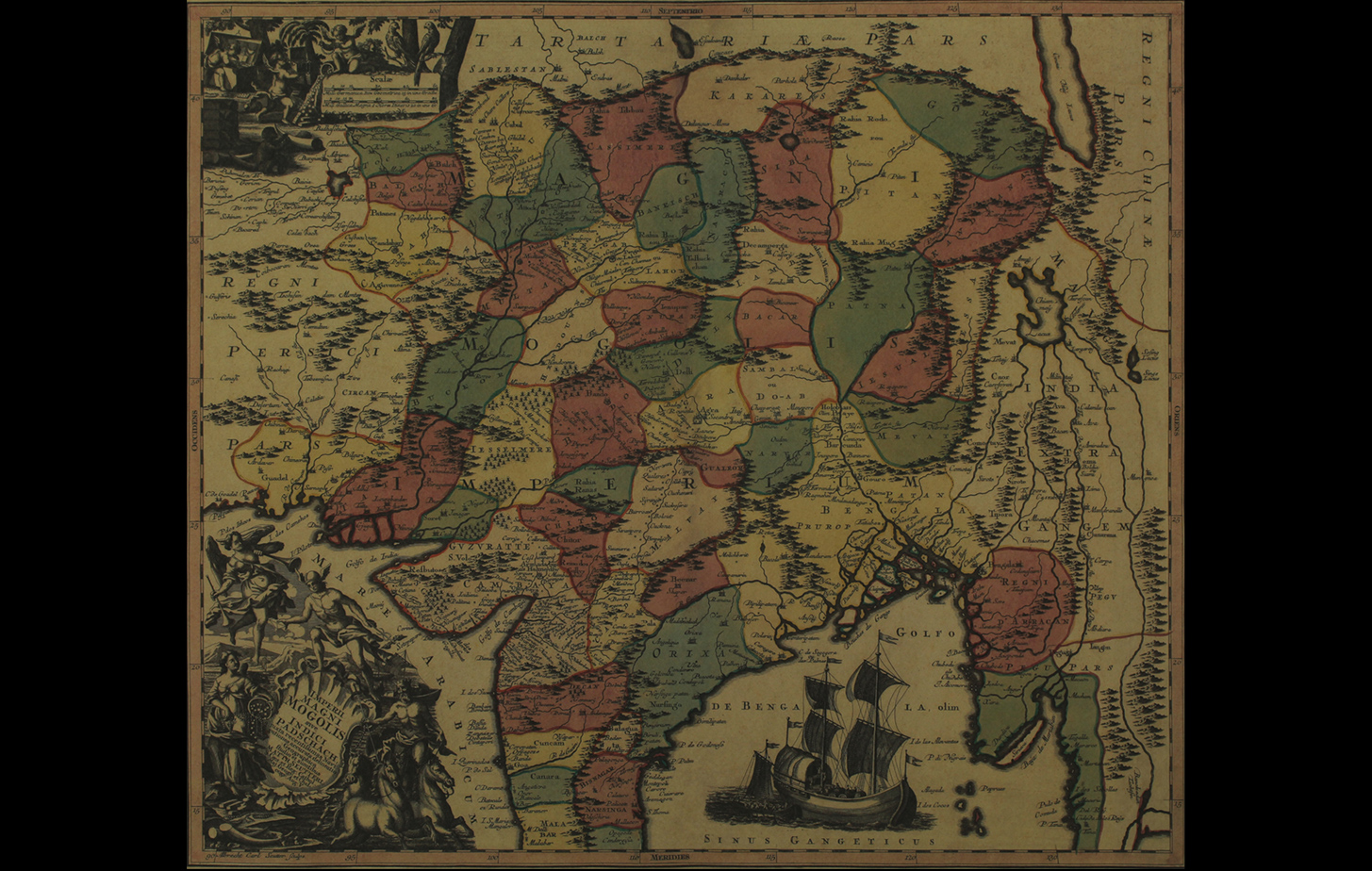 This map of Mughal India created by Matthew Seuter in 1745 is titled Imperii Magni Mogolis.

The map charts out the extent of the Mughal Empire, extending to Persia and Kandahar (In the west) and Burma and Thailand (In the east). To the south it extends to the Malabar coasts and also points out the Gulf of Thailand. Although cartographically not very accurate, the map still gets the locations of most important cities and topographical features correct. The mythical lake of Chinam May is also depicted on the East, just across the coast of “Vdessa”, from which four streams emerge out – denoting the four important river systems of Southeast Asia (The Irawaddy, the Dharla, the Brahmaputra and the Phraya).

Beautiful allegorical cartouches decorate the borders of this map. On the bottom left side is the title cartouche, with figures of Poseidon, Hermes and Goddess Fame holding a vessel filled with pearls. On the top left, near the scale, are cherubs admiring boxes filled with jewels and ivory – perhaps alluding to the riches of the Orient. On the Bay of Bengal sails a large trading vessel filled with barrels and men dressed in European clothes – an obvious reference to the trading opportunities available in this country.

Map of the Mughal Empire