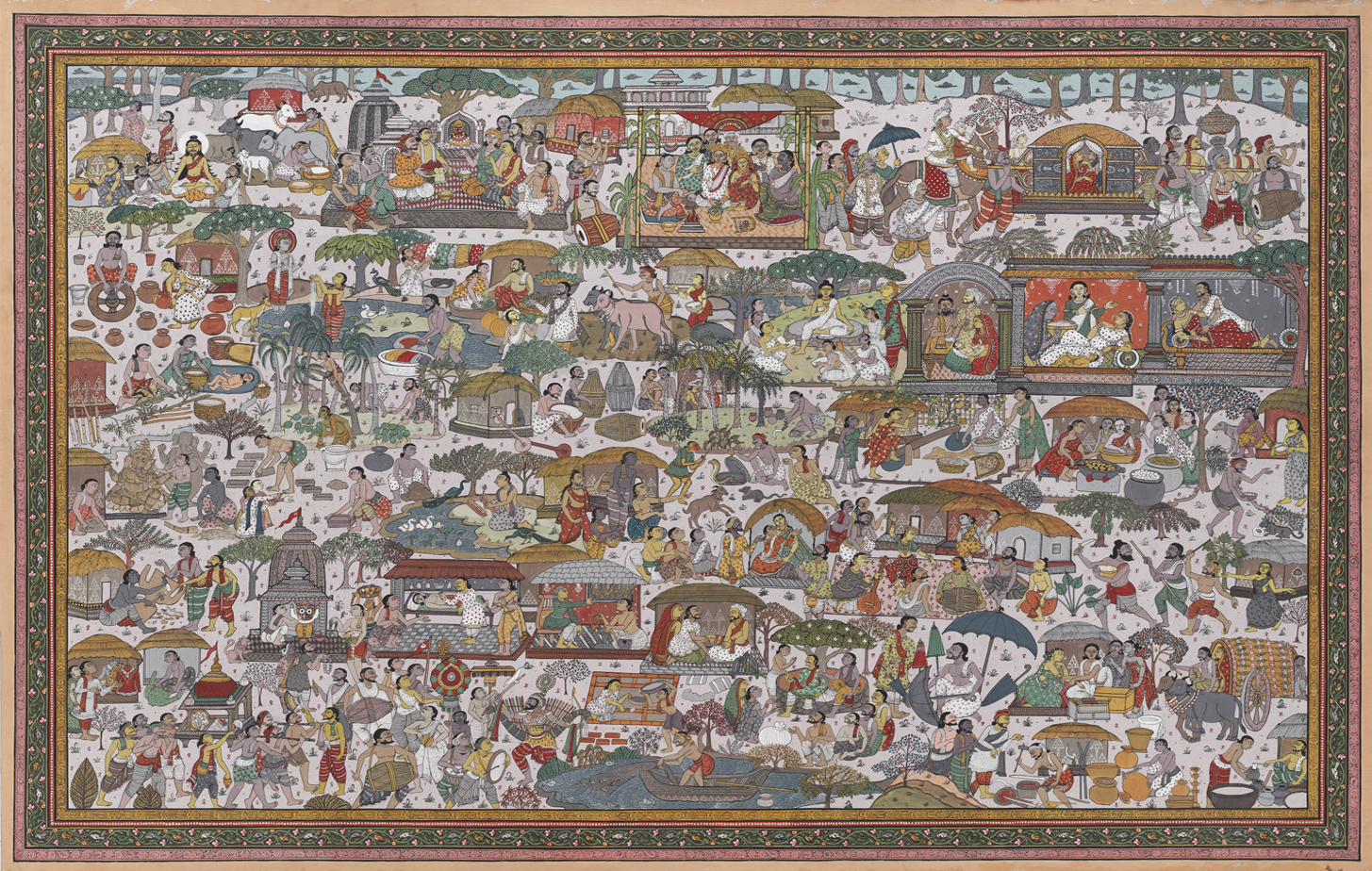 The Pattachitra tradition practiced in Odisha and West Bengal is the art of creating religious paintings on fabric, walls, palm leaves or manuscripts. The tradition grew out of ornamenting the sanctum sanctorum of the Jagannatha Temple in Puri, Odisha and eventually spilled out onto different surfaces. Pattachitras were originally created by the chitrakara class of Orissa, also known as the Mahapatras, who they drew their references from one of the earliest classical Indian treatises on paintings called the ‘Chitralakshana’. Into this they folded in folk elements from their daily lives. Most paintings illustrate Vaishnava myths and iconography, occasionally branching out to include stories from other sectarian branches of Hinduism. Today, chitrakars have expanded their repertoire by experimenting with other subjects and mediums, while preserving the art form’s classical sensibilities.

Pattachitra: Vocations in a Village