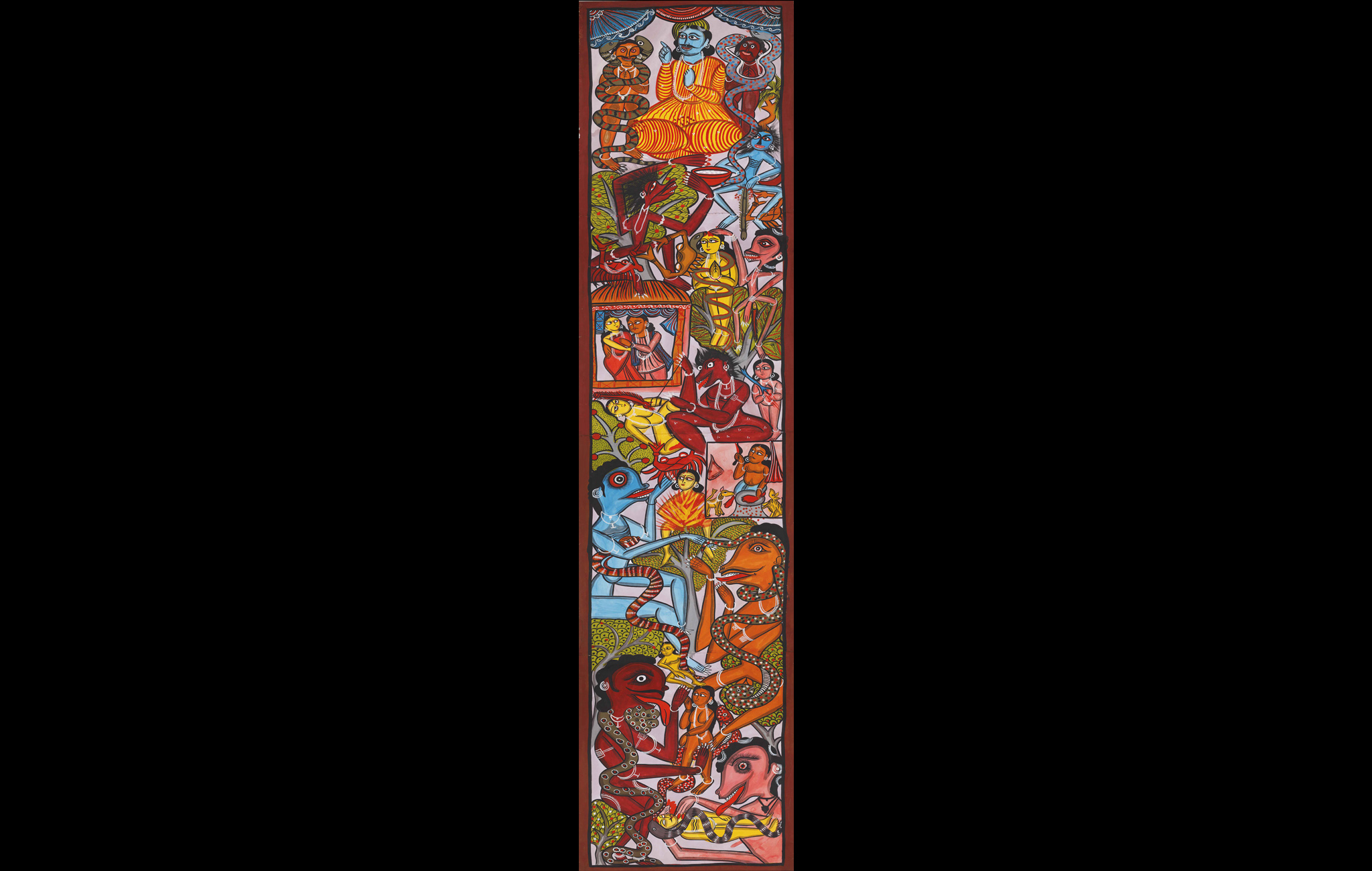 The Bengal Pattachitra is a visual and oral art tradition practised by the Patuas or Chitrakars of West Bengal. They earn their livelihood by telling stories from Hindu Mythology, local folklores, Sufi tradition and contemporary themes through paintings and songs. The unfolding or playing of the Pata is called ‘Pat Khelano’, and the song through which the divinely painted narratives are sung is called ‘Pater Gaan.’ This flows in 3 stages – the kahani (story), the mahatmya (glory), and bhavita (introduction). A Yama Pata, also known as Jama Pata, is a type of Bengal Pattachitra.

Illuminating the concept of vice and virtue, Yama Patas illustrate how Yama, the God of Death in Hindu mythology, segregates people into heaven or hell, for life after death, by assessing their acts in human life. Some Yama Patas evocatively even present tortures in hell carried about by the grim-looking attendants of Yama. They tend to be very explicit tutorials on what not to do. Showing the punishments given by Yama as terrifying scenes, they aim to make people spend a virtuous life on earth and move away from any vices.

Click here to read more about the Bengal Pattachitra.