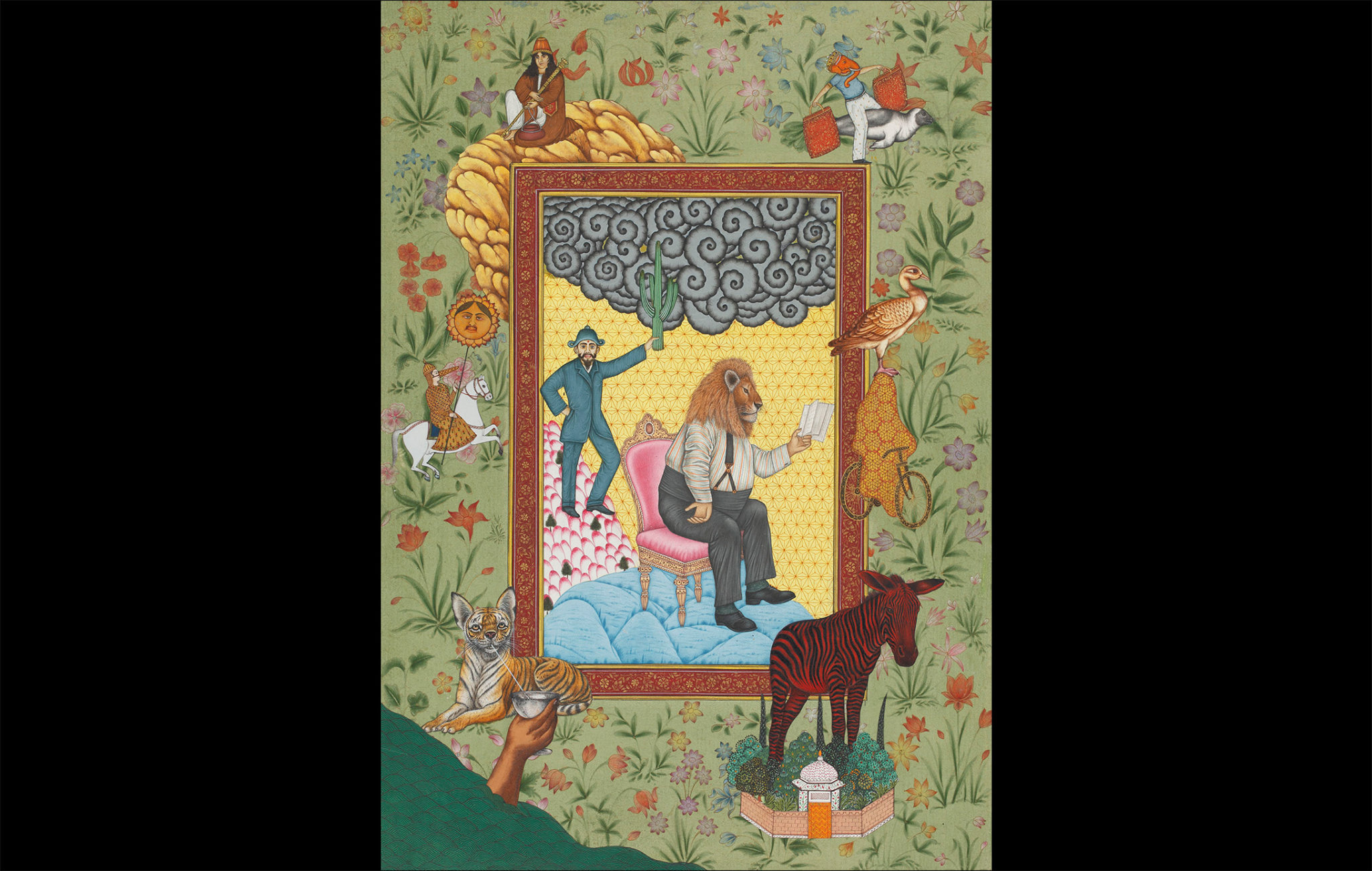 Could the artist’s love for Mughal miniatures be any more evident! There is a lot of symbolism in Alexander Gorlizki’s works and it centers around the interchanging of animal and human forms. Here a stout man reading a book appears to have a lion’s head, and a warrior with an elephant’s head is seen riding a seal. Just like the classics do, Gorlizki tries to create a strong narrative through his paintings but with a quirkier angle. He uses strange characters out of place, such as the zebra shown with black and red stripes or the tiger with a cat’s head, to challenge how you look at works of a certain provenance or historicity. Gorlizki’s work is rooted in tradition but it demands to be seen through a new lens. To stay true to traditional miniatures, Gorlizki uses a very vibrant palette and focuses greatly on realistic depictions of animals and nature—up to a point. Read about wild animals in contemporary and modern Indian art.

Alexander Gorlizki is a British-born, New York-based artist, who completed his formal fine arts education at Bristol Polytechnic and followed this up with an MFA in sculpture from the Slade School in London. His work is heavily inspired by Indian miniature paintings and traditional Indian Mughal folios. He has reinterpreted these traditional art forms to create his own personal visual language. In the mid-1990s, Gorlizki opened up a studio in Jaipur where he collaborated with master painter Riyazuddin, to create works like the one you see here. The miniaturist’s mastery of technique complements and elevates Gorlizki’s aesthetic vision. The latter draws out the composition of the painting, with all the strange characters and subjects, and Riyauddin paints it in with jewel-bright pigments. The two artists work on each piece simultaneously, sending it back and forth for modifications, a process that can sometimes go on over a period of years.

The Scholar, Before Breakfast

Pigment and gold on paper