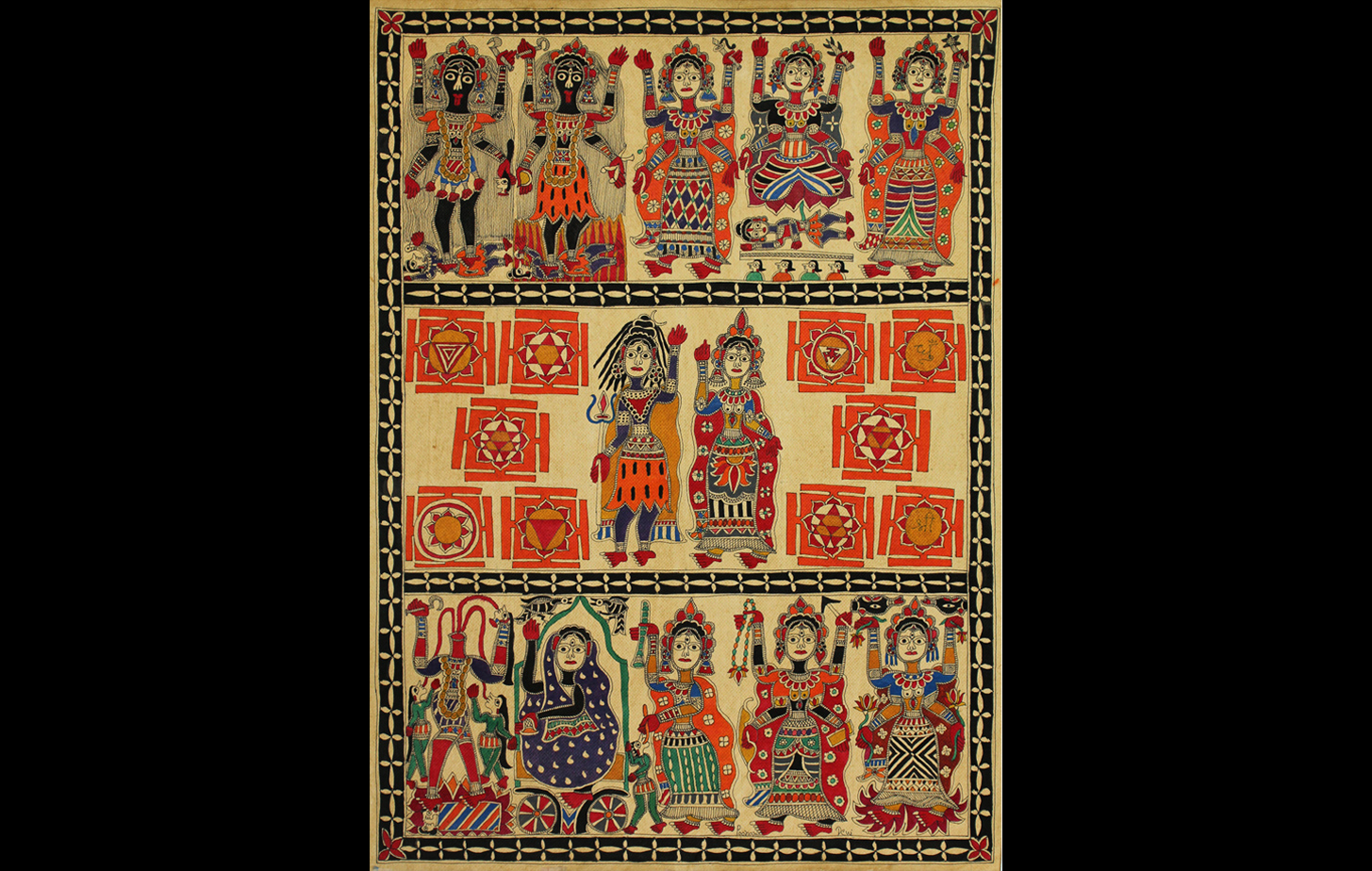 This artwork is a Mithila painting of Shiva, Sati and her ten forms called the ‘Dasa Mahavidyas’ created by Mithila artist Poonam Devi.

Madhubani or Mithila painting is part of the cultural identity of Bihar and Mithila, a historical region that folded in parts of present-day Nepal. Originally ritualistic murals done on the interior walls of houses, Madhubani paintings were discovered by accident and later popularised around the world. Gradually the art-form transferred from walls onto paper.

The story of Dasa Mahavidyas according to the Mahabhagavata Purana is such: Shiva rejects attending Prajapati Daksha’s yagna. Sati, in anger, transforms herself into these ten goddesses to show her wrath, anguish and power. Shiva and Sati are depicted in the centre, whereas the Goddesses Kali, Tara, Bhuvaneshwari, Tripura Sundari and Bhairavi on top while on the bottom stand Chinnamasta, Dhumavati, Bagalamukhi, Matangi and Kamala. Different texts present different forms of Shakti. This concept is deduced to be Tantric in nature.

To read more about Mithila or Madhubani Art, click here.

Gouache and Ink on Paper