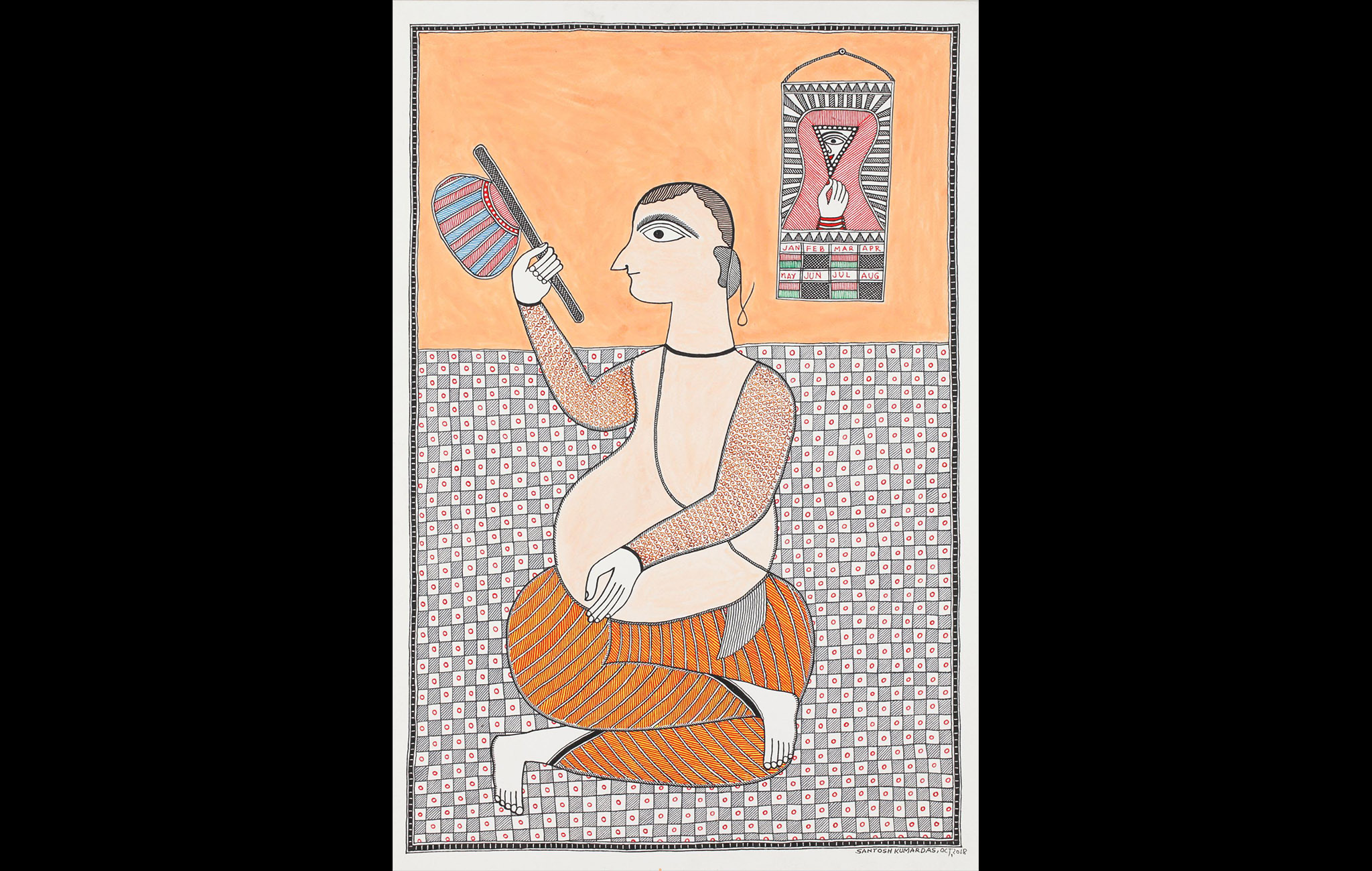 This is a painting by Santosh Kumar Das in the Madhubani tradition. His art draws inspiration from Hindu mythology and iconography, nature, events from Indian history and anecdotes from his everyday life. ‘A Man With a Pankha’ explores a theme from Das’ life, and his love for art and mythology. A Brahmin man wearing an orange dhoti and sacred thread, holds a fan, sitting in front of a calendar on the wall. This could possibly be autobiographical. As a budding artist, Das trained himself visually by looking at art on calendars and posters and the skills and techniques demonstrated by women around him in Ranti, Bihar.

Today, Das is considered to be one of the most prominent figures in contemporary Mithila art. Unlike most other artists, he received an education in both Indian and Western painting traditions. He spent five years studying Fine Arts in MSU of Baroda, where he was introduced to the works of international artists such as Paul Klee, Joan Miro and Pablo Pcasso. He returned to his home in Bihar after completing his education, and continued as a teacher and later director of the Mithila Art Institute at Bihar.

Santosh Kumar Das’ work beautifully balances the traditional and the modern. It reflects the imagined and real world in the context of a story. Amongst his most notable works is his Gujarat series which represented the riots of 2002 and were a part of an international traveling exhibition called the ‘Edge of Desire’ in 2005. At 55, Das is still painting in Mumbai.

Untitled (Man with a Pankha)

Acrylic and Ink on paper