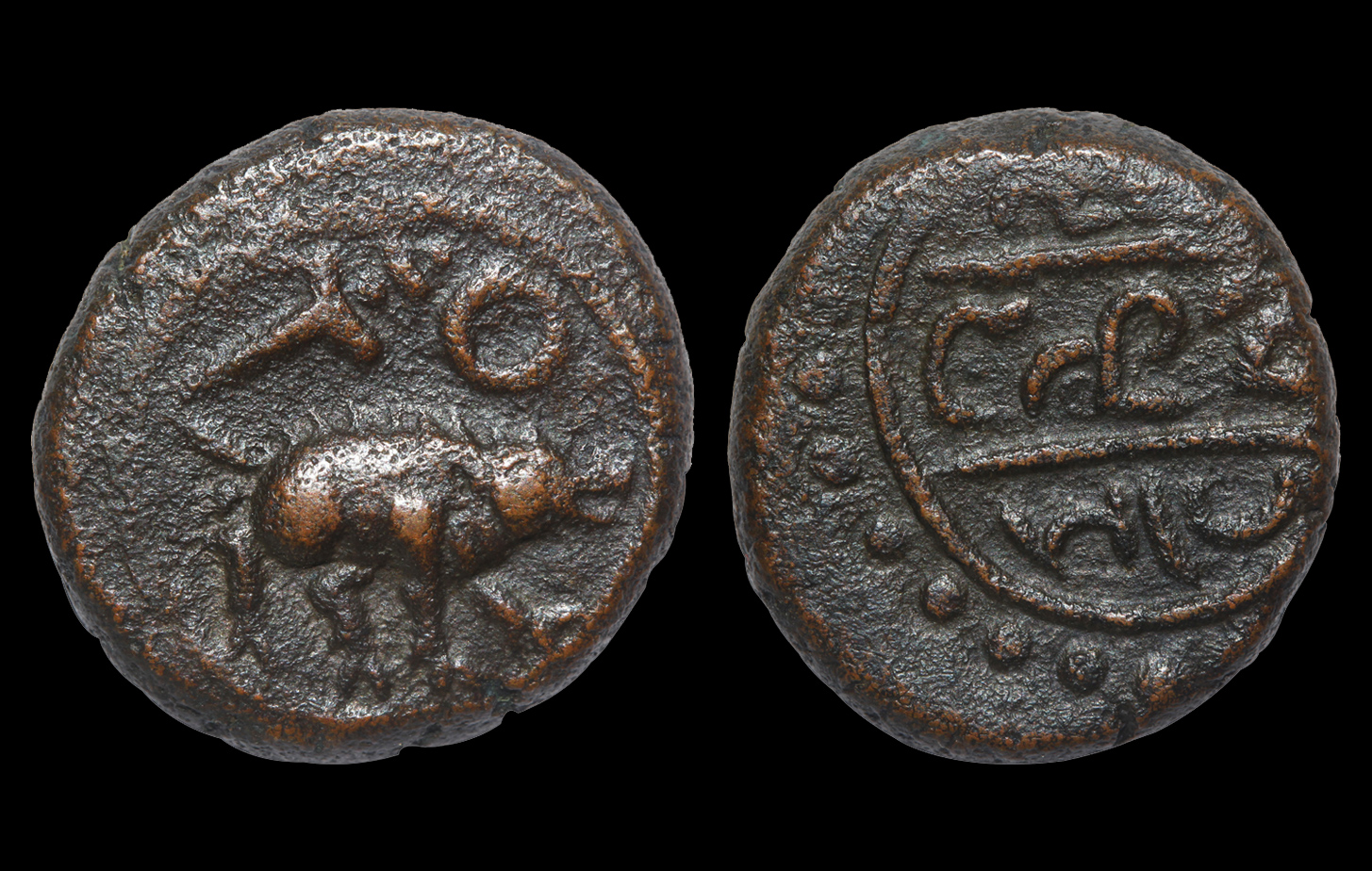 This is a very fine coin struck during the reign of Tirumalaraya/ Tirumala Deva Raya who was the first crowned king of the Vijayanagara Empire from the Aravidu Dynasty. He retained many of the Vijayanagara territories despite having to engage with multiple feuds during his reign and assumed the title “Reviver of the Decadent Karnataka Empire.”

A boar charging to the right with lifted tail and bristles on its back; in the field above are seen a dagger and the sun.