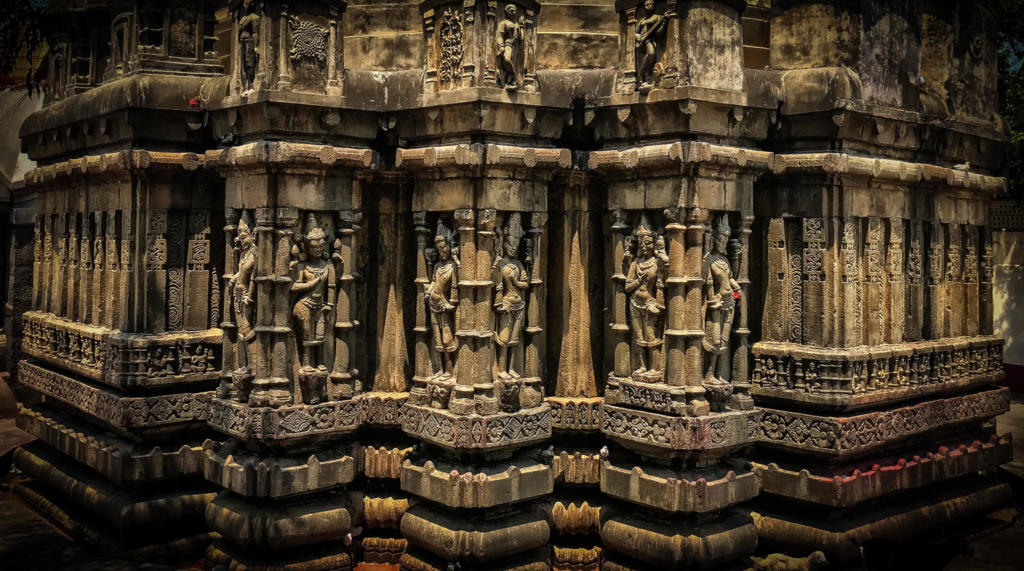 The adhisthana of the Kamakhya Temple, photo by lensmatter—click for source

The Ahoms reigned for nearly 600 years during which time they defended their kingdom from the might of the Delhi Sultanate and the Mughal dynasty, including the likes of warriors as Khilji, Tughlaq and Lodi. The Ahoms outlasted most other medieval Indian dynasties and gave their name to the state of Assam, but an account of their empire barely finds mention in mainstream culture. Strange given that from 1229 to 1826, this sovereign power ruled the most fertile stretches of the Brahmaputra River valley, embedding itself indelibly into the ethno-cultural landscape of the region.

The Ahoms are the descendants of the Tai race who migrated from China’s Yunnan province along what is now the Indian-Myanmar border. The dynasty of the Ahoms was established by Sukaphaa, a Shan prince from Mong Mao town, who is said to have come to Assam with 9000 companions, ravaging his way through the Pat Kai mountains. Referred to as the Chao-lung or ‘Great Lord’, he conquered various indigenous clans and forged his rule in eastern Assam through marriage with the daughters of various clan chiefs. He chose to settle in the Dikhou valley, rich with silt and with the Naga hills acting as a natural rampart. The Ahoms had arrived. 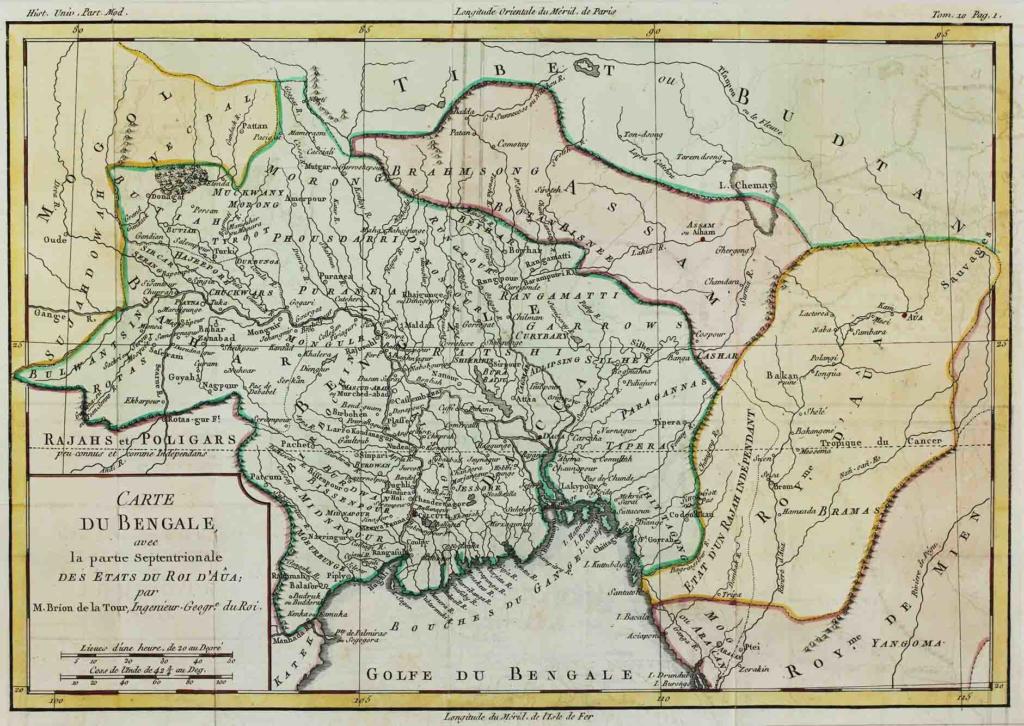 Here are ten facts about the Ahoms that we hope will get you curious to learn more about this hugely influential dynasty from the northeast.

Amalendu Guha in his paper The Ahom Political System: An Enquiry into the State Formation Process in Medieval Assam (1228-1714) recorded that in the beginning of the Christian era, the Tais were described in Chinese annals as living in hot, richly watered plains, growing wet rice through irrigation and terracing. They used water buffaloes and oxen for ploughing, living in pile houses with verandahs. Later these Tais spread out to many parts of South East Asia, carrying with them all their cultural traits, as well as their Tai language and their patriarchal social organization dominated by clan chiefs. The Tai settlers brought with them the superior technique of wet-rice cultivation to the north-east and believed that they were divinely ordained so that “large fields lying fallow” could be brought under the plough and stateless people locked in the hills and plains, could be brought under a stable rule.

They married into the land

The Ahoms were not endogamous. The inter-marriages and liberal matrimony they practiced outside the limit of their own exogamous clans contributed significantly to the assimilation process of the Tai-Ahoms and to strengthen the controls exercised by their chiefs in the region. In Bishnu K Gurung’s paper The Ahoms Rise to Power: Matrimonial Alliances, he said that in the Shan scheme, a woman was considered an appropriate subject of tribute from an inferior to a superior. The paper further stated that that the polygamy practiced by a Shan ruler was an important part of the political system in that it gave the king personal ties with a large number of different groups both within and outside the court which was one of the many causes for the Ahoms to rule for almost 600 years. 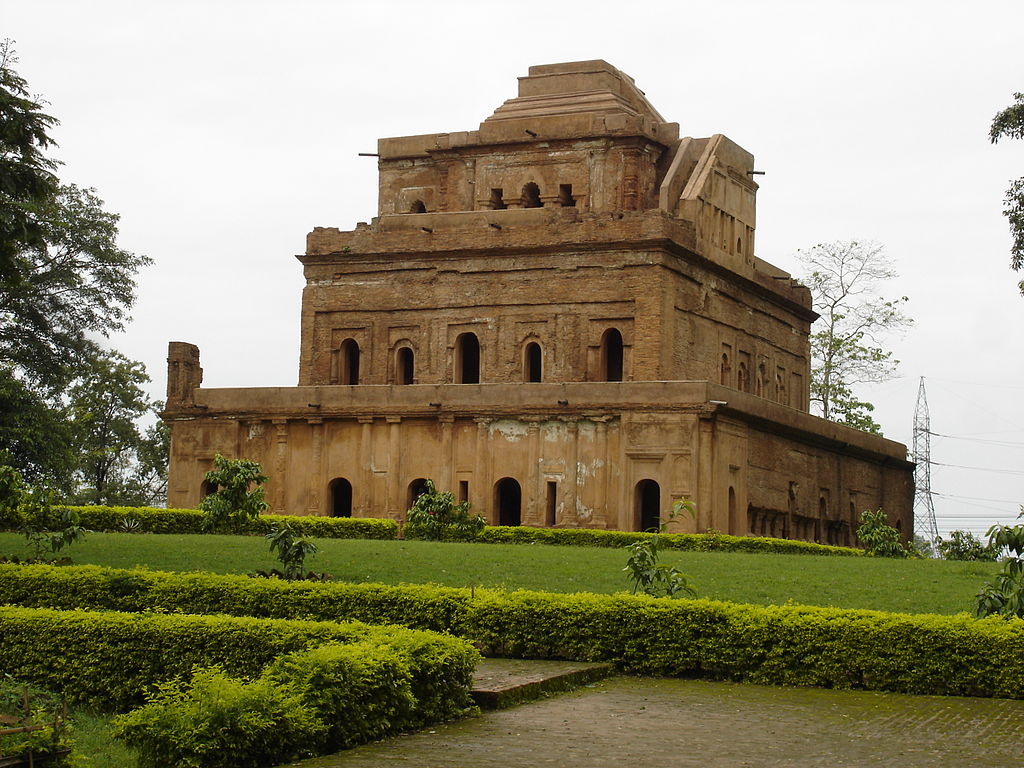 The Mughal Chronicler Shihabuddin Talish who traveled with Mir Jumla II in his 1662 expedition to Ahom, recorded that the Ahom Kingdom, unlike other typical land feudal systems of mediaeval India, did not mandate any collection of land tax or lagaan from its cultivators. Instead, commanded one man out of three from every household in the kingdom to render unquestioning service to the Raja. Any delay in obeisance and obedience alike would invite nothing short of the death penalty. Talish stated this as an example of the success of the Ahoms in dealing with the hilltribes.

Even as a monarchy, the monarch himself lacked power and agency which in fact vested in heavily in the council of ministers of the Ahom kingdom. A king could only be appointed with the concurrence of the Patra Mantris. These executive powers were used by the councilmen to oust and execute any incompetent king and run the administration themselves. During three periods in the 14th century, there were no kings at all for lack of a suitable candidate.

They had their own language until the 17th Century

There was a gradual Sansktrization and Hinduisation of the Ahoms mid-16th century onwards. Their inscriptions which earlier on appeared in the Tai-Ahom language shifted to Assamese and Sanskrit. Their coins too went on to showcase changes from their original faith of worshipping spirits (Ban Phi) to Hindu gods Vishnu (Hari Hara) and Indra (Hari Harendra), in both Sanskrit and the Assamese script. Guha recorded that literate Ahoms retained the Tai language and script well until the end of the 17th century and after a phase of biliguilism with Assamese, it died a natural death.

They were great devotees of Shiva and Shakti

In their efforts to embrace local cultures and Hinduism, the Ahom-Tais adopted Shaivism and the Shakti movement and built temples across Assam. This includes the famed Kamakhya Devi temple, which was rebuilt and patronised by the Ahoms from the late-17th century onwards. Pre-dating Ahom era, the temple is one of the four Adi Shakti pithas in the Subcontinent.

Their coins featured kings and queens

The currency of the Ahom Kingdom consisted of shells/cowries, rupees and gold coins bearing the stamp of the Raja. Coins were also often minted to showcase important noblewomen of the kingdom such as the ones minted by Queen Phuleshwari or Pramatheshwari (r. 1724-31 CE) who ruled on behalf of her husband. But as times got worse for the kingdom, the transition to copper coins denoted their economic downfall.

Their royals were buried Pharoah-style in burial mounds 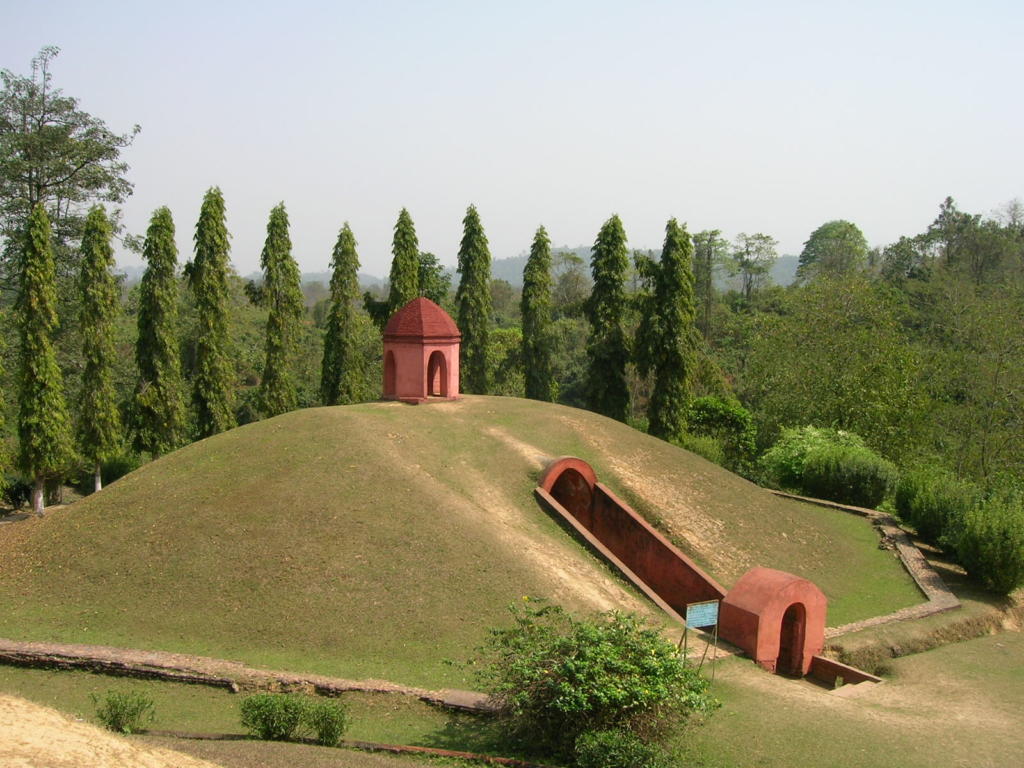 A fascinating legacy of the Ahoms is their maidoms, burial mounds with vaults in which royalty and members of nobility were sent on their way to the afterlife surrounded by their prized possessions. Most of these are located in Charaideo, which was the Ahom capital. These mounds would eventually be covered with grass and trees giving them the appearance of undulating green hillocks.

The Mughals coveted their land—and wealth

After failing to conquer the Ahom territory an embarrassing number of times (17!), the Mughal General, Mir Jumla II, was deputed in January 1662 by Aurangzeb to invade the north-east frontier for the Mughal Kingdom. He occupied Garhgaon, the then Ahom capital and as recorded by Guha – seized, among other things, gold and silver worth nearly 3 lakhs of rupees, 82 elephants and 170 large store houses, each containing from one to ten thousand mounds of rice. 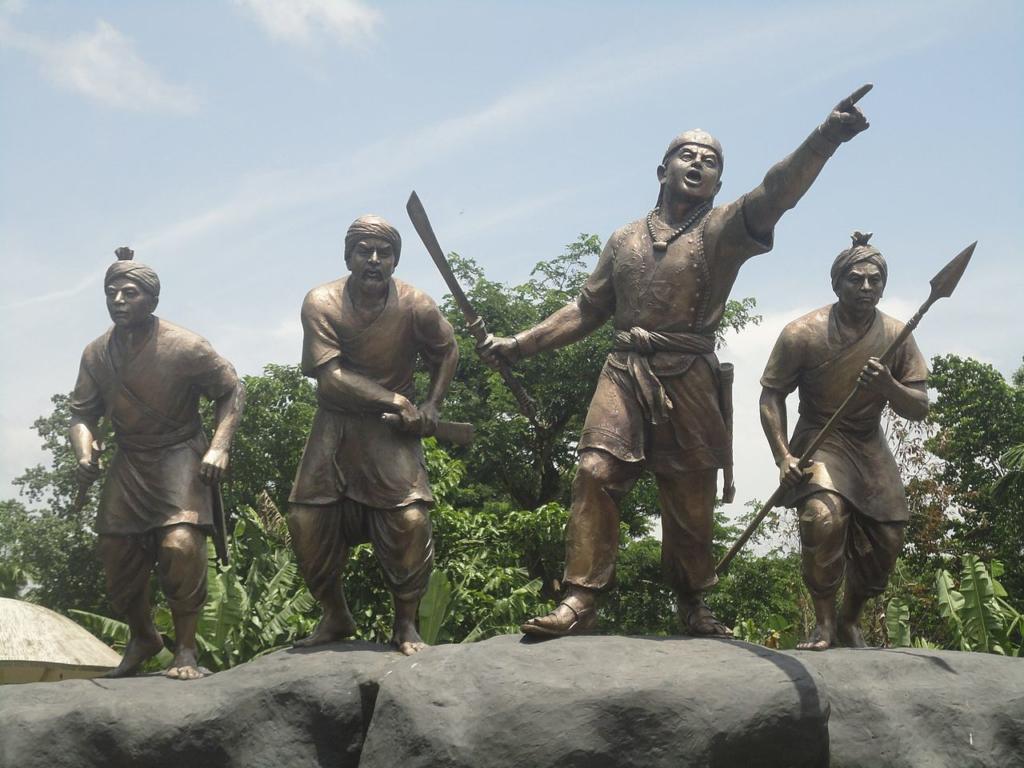 Statue of Lachit Borphukan (in the middle) at Sivasagar with other Ahom Warriors, photo Throbheart/ Creative Commons Attribution-Share Alike 3.0 Unported

When their territory fell to the Mughals, King Chakradhwaj Singha appointed one Lachit Borphukan to lead the Ahom forces and win back Guwahati. Lachit raised an army and seized Guwahati from the Mughals, taking advantage of the rain-drenched terrain of the Brahmaputra.  The Mughals were forced to concede defeat on this marshy terrain and lost the Battle of Saraighat to the Ahoms, making a hero out of Lachit. He is still celebrated as the greatest of Assamese warriors on Lachit Divas every year on November 24, commemorating his victory and heroism on the battlefield.