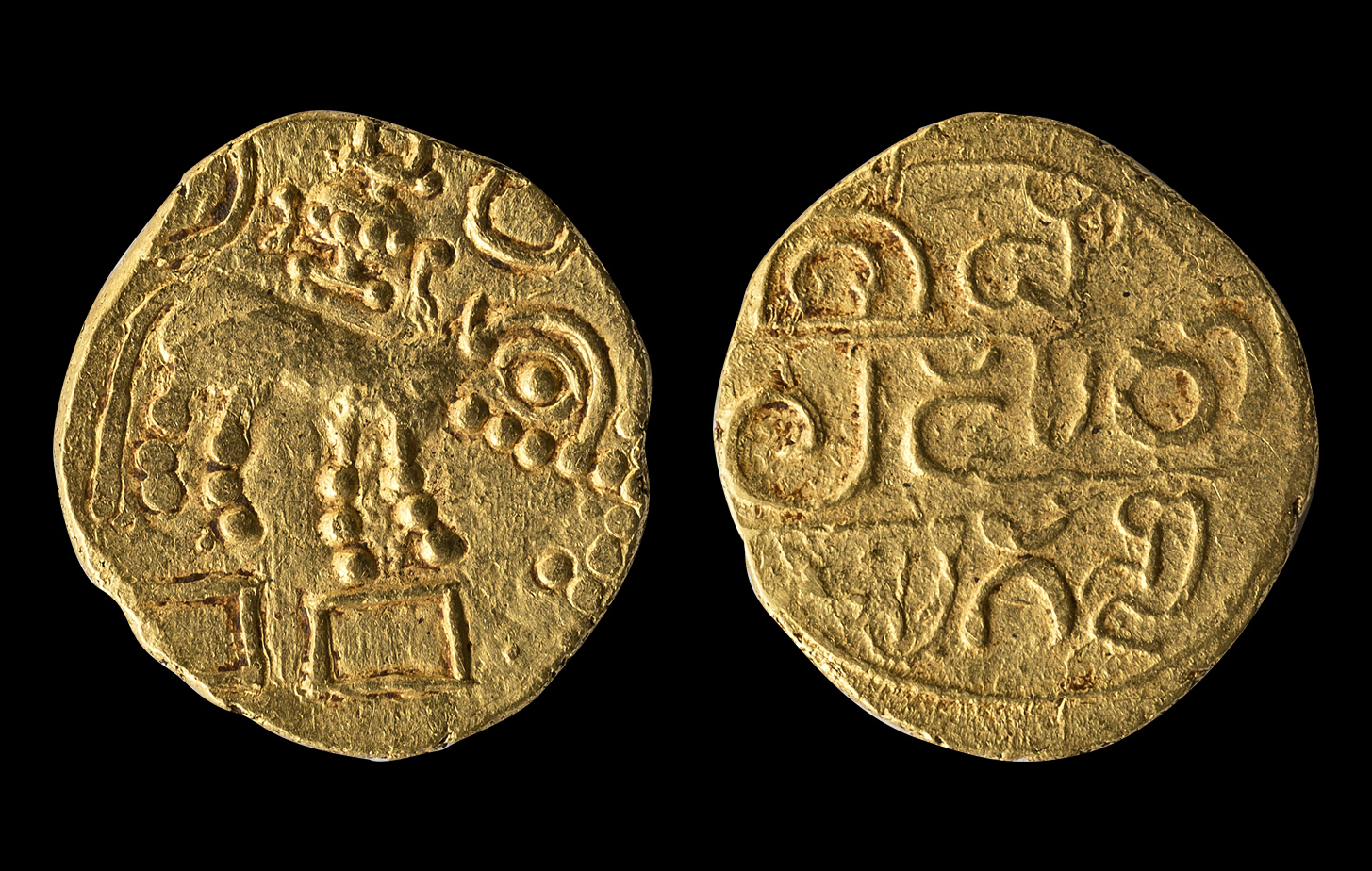 The Hoysalas are perhaps best known for the beautiful works of architecture and sculpture they left behind. A Kannadiga empire that ruled areas of southern Deccan and the Cauvery valley between the 11th and 14th centuries CE, their origins have been traced to a group of hill-dwellers hailing from the region near present-day Halebid. Legend has it that when Sala of this tribe was passing through a forest he heard an ascetic terrified at the sudden appearance of a tiger call out, ‘Hoy! Sala!’. He killed the tiger and adopted the name.

The Hoysalas were feudatories of the Chalukyas, which meant they owed feudal allegiance to them. By the time Vinayaditya ascended the Hoysala throne in the 1047 CE, the power struggles in the region between the Cholas and the Chalukyas had become critical. This is a gold coin issued in his name; the Hoysalas minted coins in three metals: gadyana (gold), tara (silver) and kani and arekani (copper). The front of the coin has the figure of a lion and the reverse has the legend “Sri Malaparolu Gonda” written in Hale Kannada or Old Kannada script. It translates to ‘Lord of the Malpad Janapada’. Janapada was the generic name given to each kingdom.