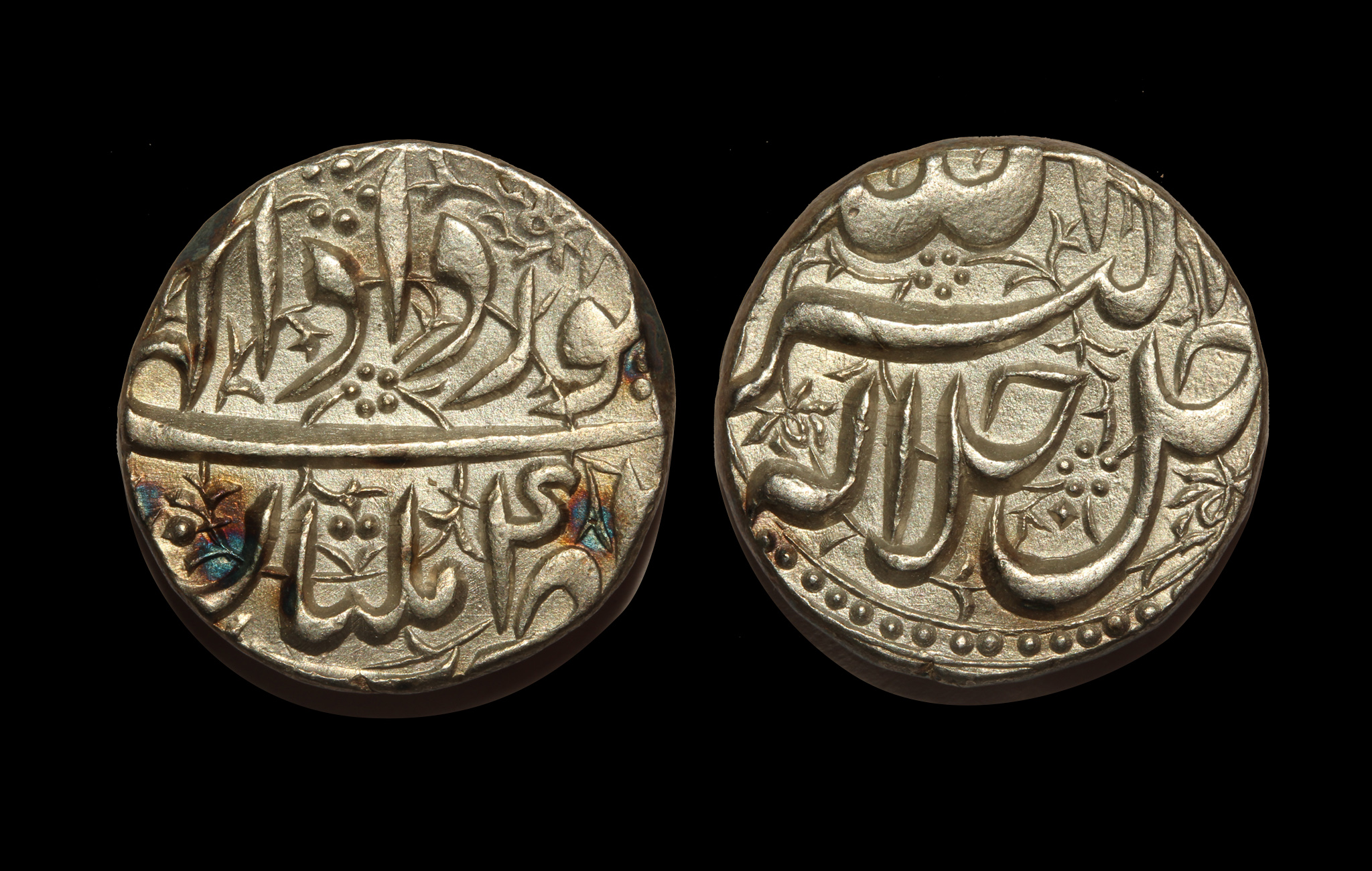 This silver coin is inscribed on both the obverse and the reverse and shows a floral design motif. The coin has a broad flan typical of a ‘Nazrana type’ coin issued by Emperor Akbar. A Nazrana coin was struck specifically for guests who wished to present it in the Durbar in honour of the Emperor. It was minted only when an order was placed directly to the mint, an extra fee would be charged for this. The Nazrana once presented would then be sent back to the mint to be melted, this resulted in extra money for the treasury. Akbar’s Ilai coins typically bore the Ilahi creed: Allahu Akbar Jalla Jalalhu.

He issued silver Ilahi coins minted at Agra in square and round shapes during alternate months during the Ilahi Era. The Ilahi Era or ‘Tarikh-i-ilahi’ was based on the ‘Din-i-Ilahi’ faith founded by Akbar. This calendar was based on the solar periodicals and starts on Nauroz, which falls on 20th March according to the Gregorian calendar. The mint Multan appears for the first time under the Mughals during Akbar’s reign.