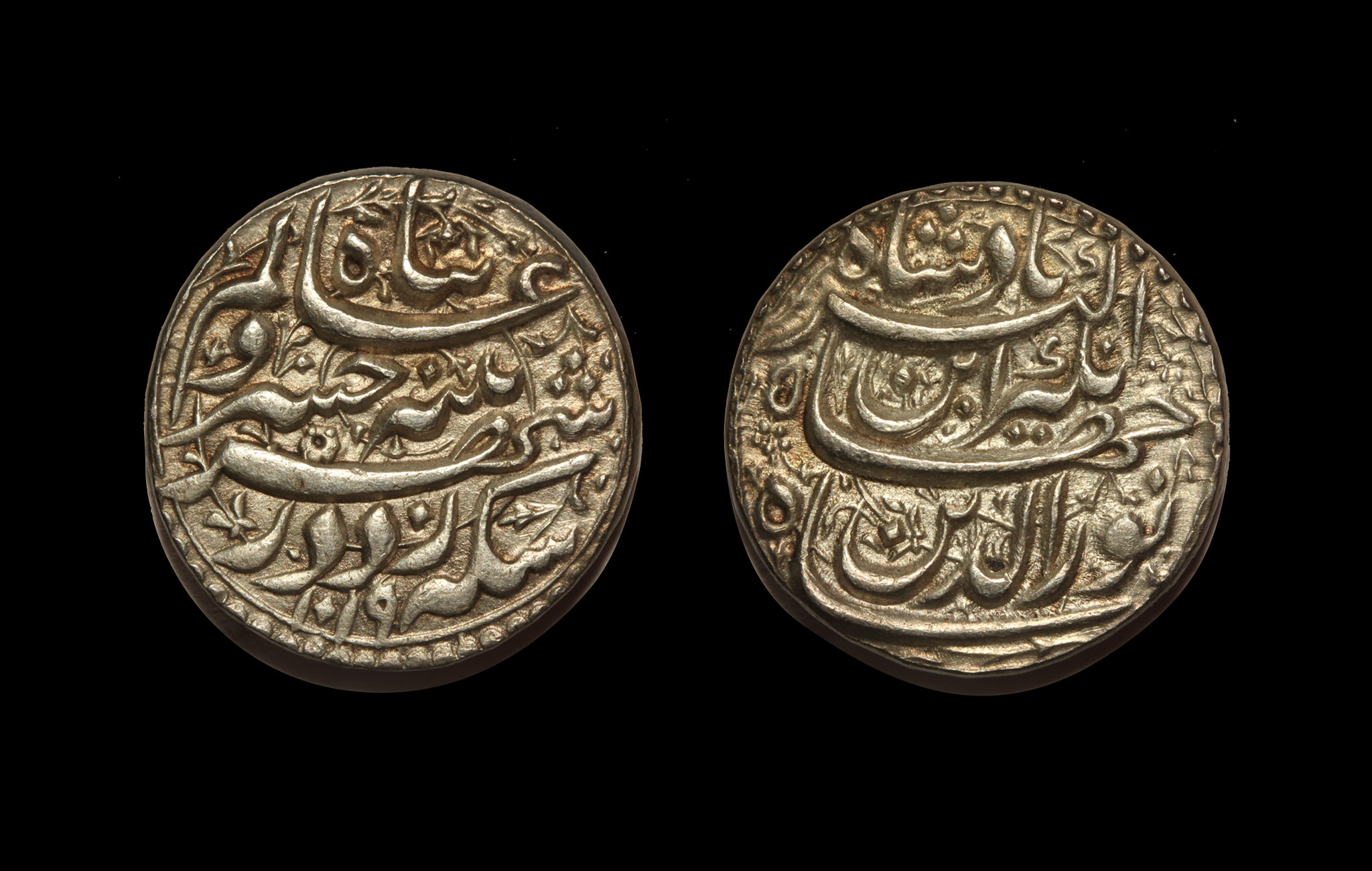 This coin is a ‘noordah’ couplet coin minted in the town of Kabul. It reads ‘Tazand az namme jahangir shah, sikka buwad noor dahe mihr-o-mah, do chashmi he, zarb kabul’.

The coin is silver and struck inside a circle. The coin flan is broad and the inscription on both obverse and reverse appears interspersed with a floral design motif. Multiple shroff marks can be seen in the centre of the coin on both sides.

Jahangir took a keen interest in coinage, minting some of the best specimens from the Mughal period. On his accession to the Mughal Throne, Jahangir made two significant changes: he reintroduced the hijri date on the coins, keeping the ilahi months intact. Second, he increased the weight of the rupee on certain mints by 20% (Jahangiri), and later by 25% (sawai). However, due to certain trade inconveniences, they were reduced back to their original standard weights.

Jahangir’s reign saw a vast variety of coinage. He popularised the use of Persian couplets on coins, Noordah is one such couplet among many. Nūr-ud-dīn Muhammad Salīm was more popularly known as Jahangir – a title which means ‘conqueror of the world.’ He broadened the Mughal polity from 1605 to 1627 by bringing in more Rajputs, ending the long drawn war with Mewar, inducting Afghans to high positions, and enrolling Maratha sardars for imperial services. He continued Akbar’s liberal policies, much to the disappointment of orthodox elements. Jahangir was also an aesthete who achieved the highest level of merit in architecture, painting, gardening, and coinage. His downfall was abetted by his growing sickness and poor health (which led to the handling of his administration by his Persian wife, Nur Jahan), and rebellion from his son, Shah Jahan.