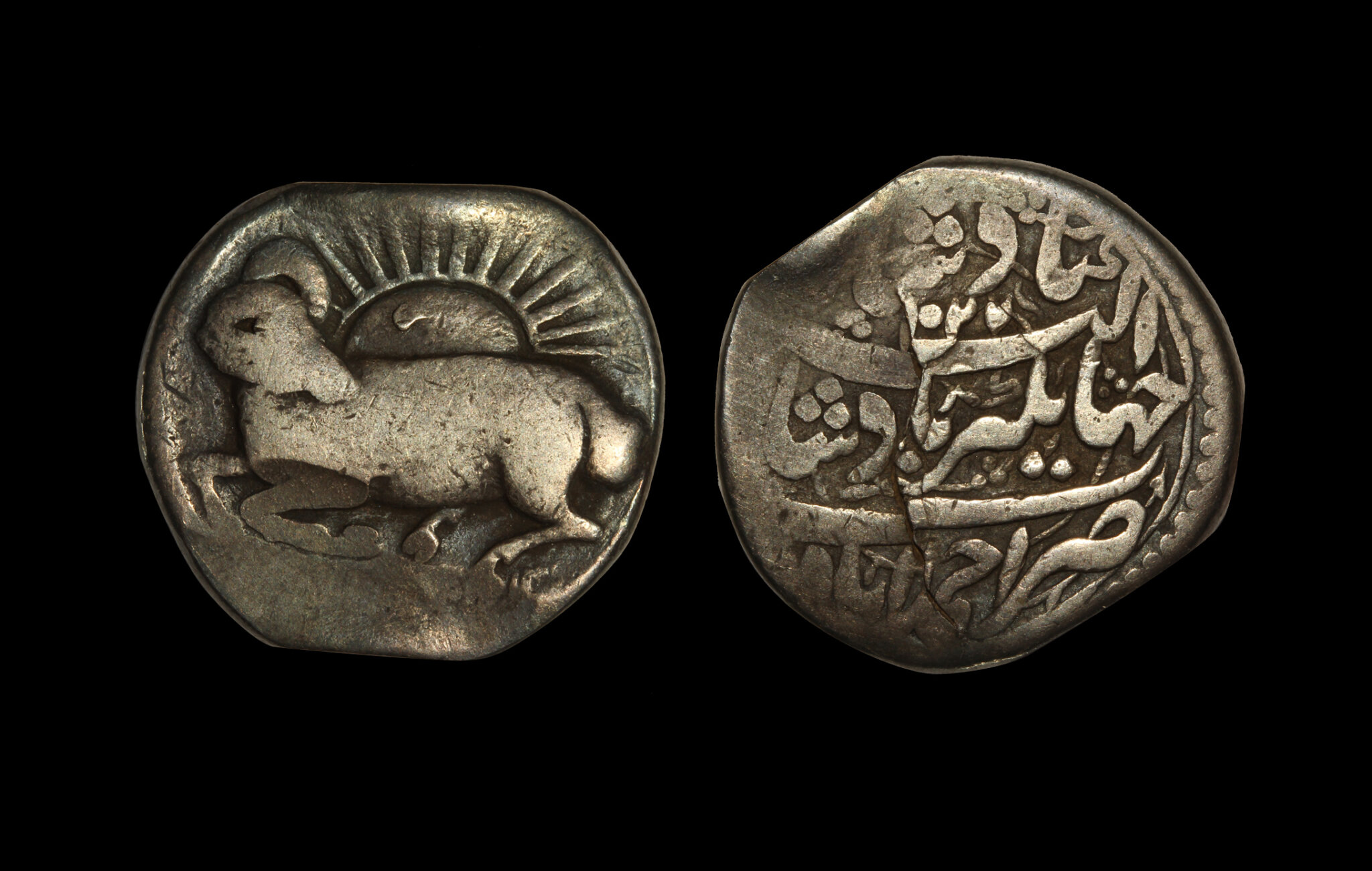 Jahangir, a great patron of the arts, took a keen interest in coinage during his reign. Among his innovative coinage, the most controversial yet unique ones were the Zodiac coins. The ‘Tuzuk-e-Jahangiri’ mentions that Jahangir ordered for star constellation figures to replace the inscriptions detailing the month of issue, present on the reverse of the coin. He issued gold and silver coins with all twelve Zodiac signs on the reverse. The original ‘Tuzuk-e-Jahangiri’ contains illustrations of the twelve coin designs. Not only were these coin designs completely original, they also went against the Islamic orthodoxy.

It was the ‘Zodiac’ and ‘Portrait’ coins that gave Jahangir’s coins their ‘scandalous’ reputation because Islamic societies follow aniconism- the absence of imagery of sentient beings in art. However, Shah Jahan, a devout, considered the iconography improper and discontinued these series of Jahangir during his reign.

This coin showcases ‘Aries’ zodiac sign, minted in Jahangir’s name in Ahmedabad. The first Zodiac coins were struck in Ahmedabad. The obverse showcases a ram facing the left, surmounted by the Sun’s rays above, the reverse reads: “Jahangir badshah Akbar badshah & zarb Ahmedabad”