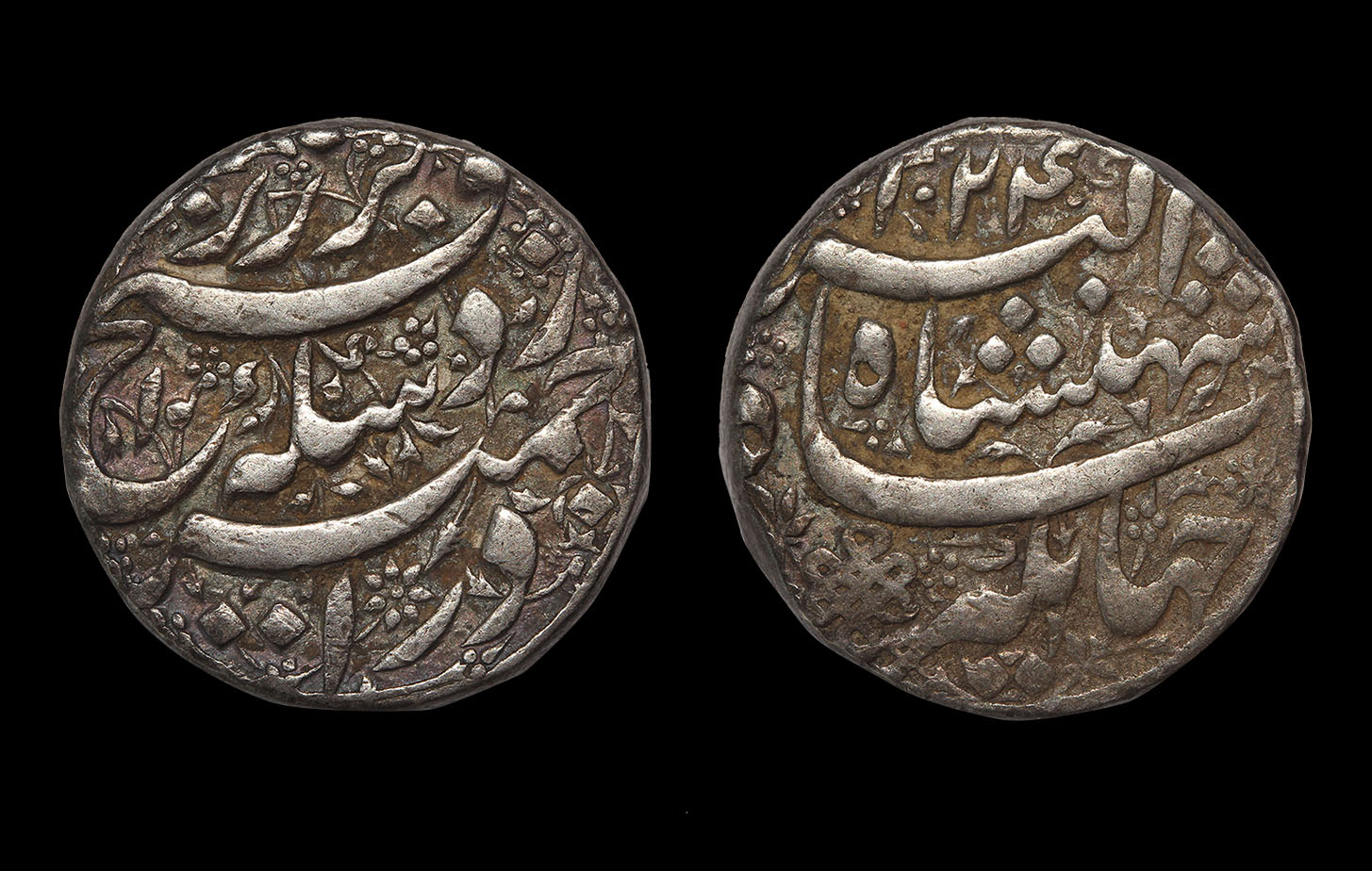 Jahangir issued many gold and silver coins with poetic verses on them and was the only Mughal emperor to bestow the right of coinage to his royal consort. Read more about him in our Mughal Coins guide.