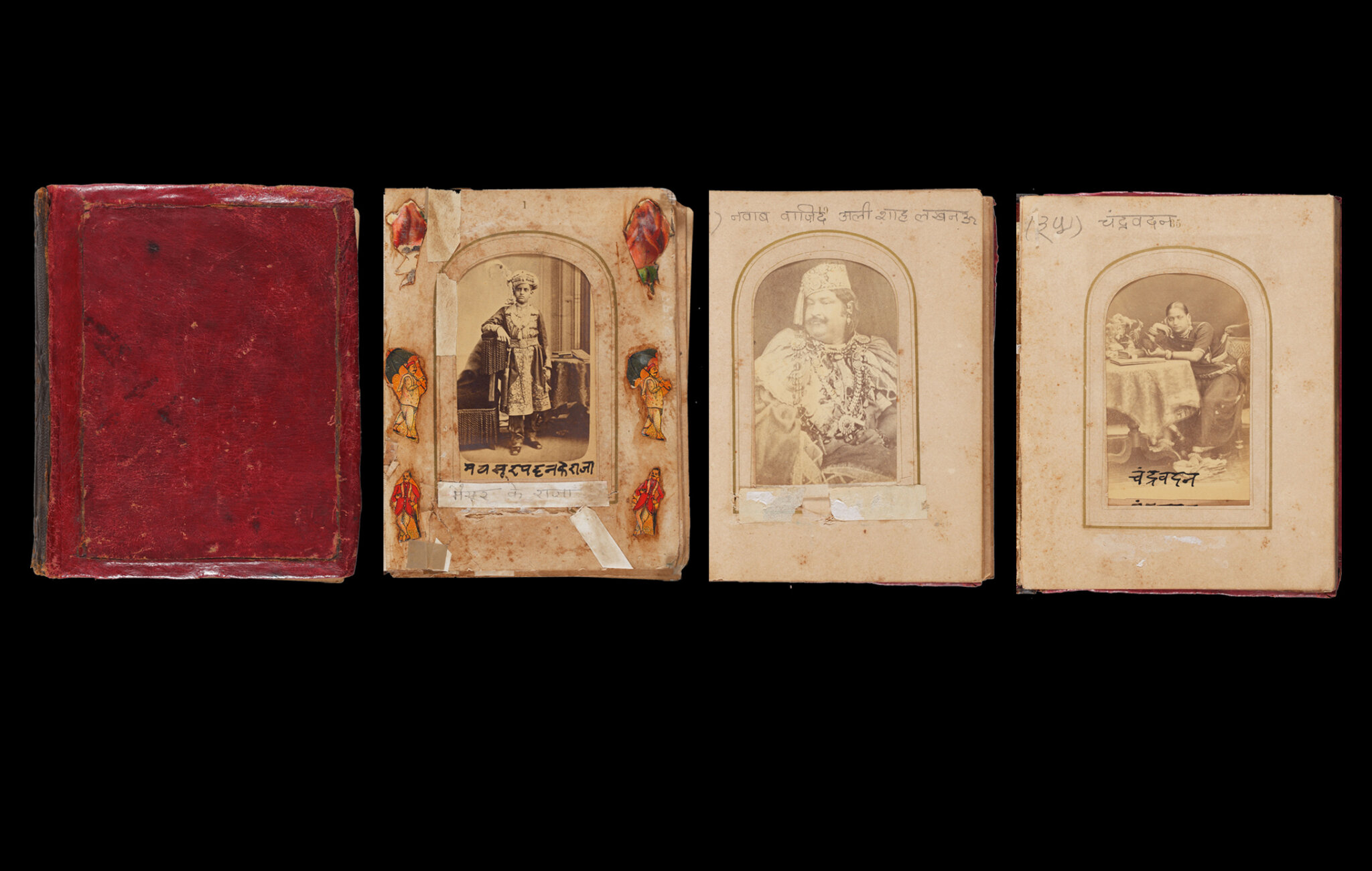 This CdV photo card album comes with a maroon cover, and a raised golden decoration on its binding. It contains 40 photographic prints inside card mounts that have gilded edges.

This album contains images of Maharajas of different regions, some saints, other men and women of prominence, as well as of their servants. Some of the cards showcasing various women are mostly devoid of labels and therefore unidentifiable. But their attire suggests they were singers and dancers of the time. A rare photograph of Nawab Wajid Ali Shah of Awadh also appears in this album.

A CdV or carte de visite is a photograph mounted on a piece of card that is the size of a formal visiting card — about 4 x 2.5 inches. The method was patented by French photographer Andre Adolphe Eugene Disdéri (1819–1889) in 1854. The CdV format remained popular until the beginning of the 20th century. People took and mounted portraits of their families, friends and celebrities into photo albums. The fashion for collecting photographs of notable figures in albums reached its peak during the 1860s. Because of their popularity, it can sometimes be hard to date the cards. However, the name of the photographer, often written at the back, can help give an approximate date at times.