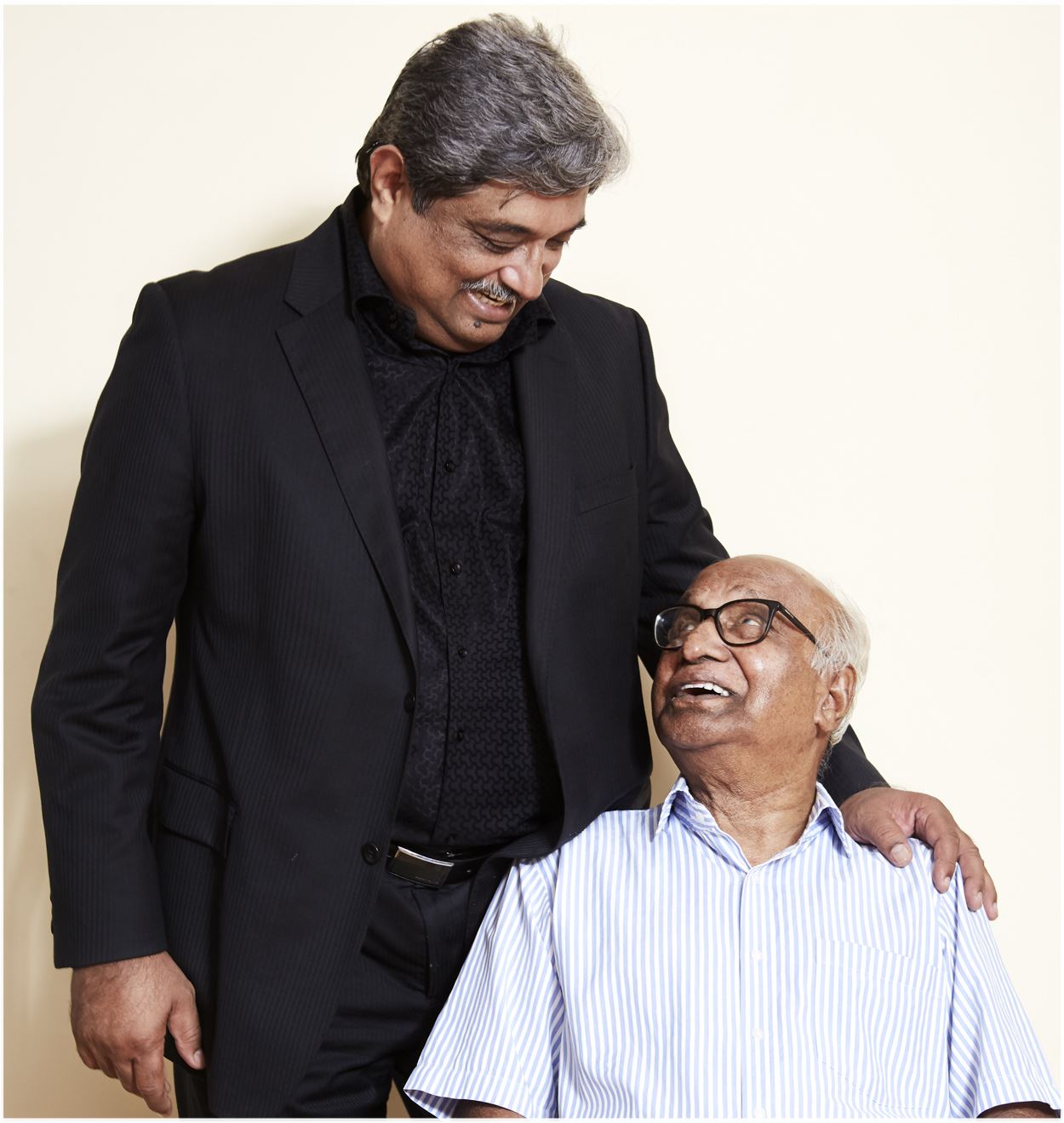 Paul Abraham grew up in a different Delhi. A gentler one that allowed children the run of its wild and ancient sprawl. They clambered all over the sleepy village of Hauz Khas, rode their bikes through the forest of Jahanpana and sought adventure in the fort of Tughlaqabad. Except for Abraham, who was seeking treasure of a more tangible sort.

When he was 12, Abraham’s father gifted him a Vaseline bottle filled with old coins. These were like ten coded messages delivered across time from the erstwhile state of Travancore to the history buff in him. Where were they minted? What did those emblems mean? Who issued these coins? As he went about looking for answers, a world opened up. Like a portkey, each coin transported the young boy to a different time and place. “I’d look at an ancient coin and picture a marketplace in old Delhi teeming with traders from Benaras, Samarkhand, Kabul.”

It was partly to relive and partly to share this long-ago sense of wonder that Abraham started Sarmaya, which is Urdu for a collective or shared wealth. A passion project for him and his wife Tina, this virtual museum would not only make the family’s vast private collection of historical artefacts and Indian art accessible to everyone, it would also start exciting conversations and fuel the imagination. Especially for children. The couple grew up fascinated with art and history, but they knew they were a minority. “In India, our heritage is evident in everything – our food, perfumes, textiles, crafts and languages. But no one is telling our kids these stories. Tina and I wanted to intervene in a way that children grow to love Indian art and heritage.”

For Abraham, it’s all about the story. One of his most cherished finds is a rare coin from the early 1700s. “It was issued by Niku Siyar, who was emperor of Hindustan for a few days. After being under house arrest all his life, he gets pulled out and placed on the throne, at which point he immediately issues coins. Meanwhile, an army marches towards him from Delhi. There quickly followed siege, attack, defeat and capture. This is the poignant story of a human being who saw few days of glory – as embodied in this coin.”

It falls to Sarmaya to retell Niku Siyar’s life in a way that speaks not just to historians, but also to the cool kids. As Abraham puts it, “Right now, there’s a whole universe for young people that operates on its own by-laws, rules and ideas. Rather than saying that they have to come to us for these stories, we’re asking ourselves, how can we go to them? How can we demystify history?”

The aim is to improve your chances of stumbling upon something that piques your curiosity and leads you down interesting new rabbit-holes. That’s the strategy that created Sarmaya in the first place. When Abraham came across coins that mentioned ancient regions that no longer existed, he went looking for old maps. That then led him to Mughal engravings – dealers who specialized in old maps often carried engravings too – and soon he found himself in possession of a whole cache of clues that told the story of the 1857 uprising, one slightly different from what he’d grown up hearing. “Everyone elevated [1857] to the first freedom struggle, but maybe it was a localized uprising in the north of the country. And among both the Indians and the British, there were those who supported and opposed it.” Yet it created a more unified India as a consequence and sowed the seeds of independence from its colonial masters.

Tina, on the other hand, wanted to go further than understanding the past – she wanted to preserve the parts of it that were still alive. A lawyer by profession, she was convinced that tribal and indigenous Indian art was under-served and overlooked. She worked with craftspeople in places like Bhuj to contemporize the way they designed, marketed and packaged their family legacies. As he trailed along with her to various craft regions, Abraham, who has an enviable collection of contemporary art including works by Badri Narayan, Jamini Roy and FN Souza, found that he was slowly beginning to prefer tribal art. “There is so much depth and wealth here that’s been ignored. Contemporary art can cost you crores, but some of this stuff is equally beautiful and amazing in terms of the effort it takes and the iconography it contains.”

When Tina passed away in 2014 from cancer, Abraham poured his heart into growing this part of his collection. Tribal art now finds robust representation in Sarmaya’s oeuvre. The earthy tones and otherworldly figures of Gond, Bhil, Mata-ni-Pachedi, Madhubani, Bengal Patua and Pattachitra art round out the museum’s catalogue beautifully. The Indian art roots Sarmaya in today’s vernacular and taken together with the photography and rare books from the British empire, and the maps, coins and engravings from the Mughals and other major dynasties, it forms a layered narrative about the subcontinent.

But you don’t have to be a historian or artist to ‘get’ Sarmaya – even a six-year-old should be able to follow along. To this end, the museum runs outreach programs for kids and young adults of all backgrounds and levels of ability. The point is to take art off its pedestal and out of the stuffy confines of a conventional museum, and allow it to be discovered. Through performances, pop-up shows and even curated travel experiences, it can come alive for adults too.

After all, this is not the collection of a man seeking to impress. As a collector, he’s seeking a more instinctive, emotional response. “I get intimately acquainted with whichever work I’m acquiring and usually develop a friendship with the artist in the process.” Some of these relationships lead to promising new works. Currently, Abraham has commissioned miniature artist Manish Soni to depict 12 scenes from the Bible in the Hamzanama style of painting from the Mughal period. In other words, a Hindu artist is rendering art in an Islamic style along a Christian theme.

He didn’t plan it that way, but the symbolism is not lost on Abraham. In fact, he sees this joyous collision of cultures as the main function of art. “Right now, society is fraying at the edges a little bit because we aren’t getting inputs on the softer side of life. We are narrowing our perspectives – a knowledge of history and art can broaden them. By exposing children to performing and visual arts, we can hope to create more humane beings.”