Indian artists from AX Trindade to Wasim Kapoor have returned time and time again to the story of Christ, and always found something new to report. Like journalists deputed to a mystical realm, they’ve brought back fresh angles to the stories we all know. A miracle baby. A gentle reformer. A hunted crusader. A murdered hero. A returning prince. It’s an irresistible tale and its symbols are instantly and universally recognised: the cross, a crown of thorns, the last supper. And yet, there are so many blank spaces onto which we may project our desires, so much room still for interpretation. What does a body that’s been broken upon a cross look like? What will it take to keep hope alive? Finally, as the song goes, what if god was one of us?

A respected alumnus of Mumbai’s JJ School of Art, V Nageshkar’s works were often compared to Paul Gaugin’s for their use of stormy, saturated colours. His vision is Christ is a very human, physical one wracked with pain. Sixty-five years after ‘Divine Light’, Wasim Kapoor approached the same subject with an equally intense degree of empathy—but leached of all colour. 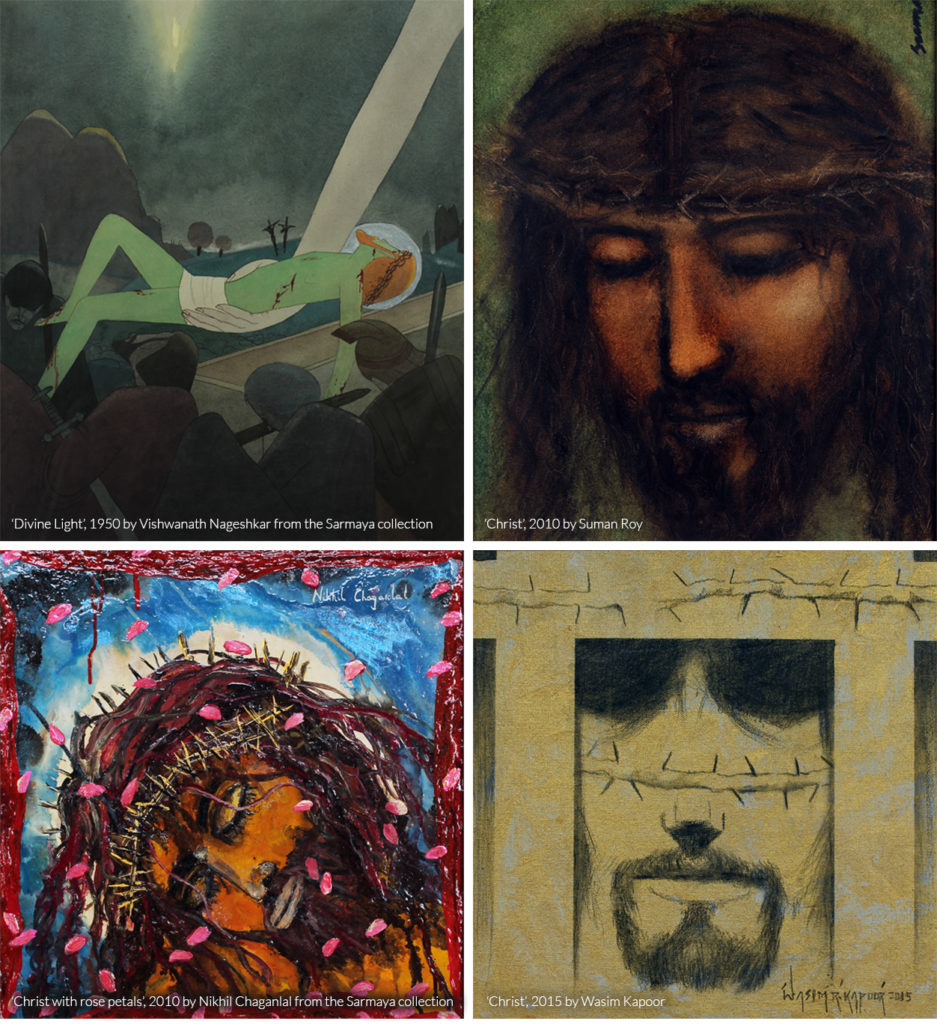 King of the orient

Unapologetically, joyously colourful, Jamini Roy’s work in the early 20th century showed how modern Indian art could be more self-assured and true to its roots. His Christ series, like much of his oeuvre, was influenced by the Kalighat school of painting with its broad strokes and fierce energy. Born in pre-Partition Lahore, Krishen Khanna too explored the facets of Christ’s personality and the tragedy that defined Jesus’s life. His depiction was just as electrifying as Roy’s but with an undercurrent of loss to it. 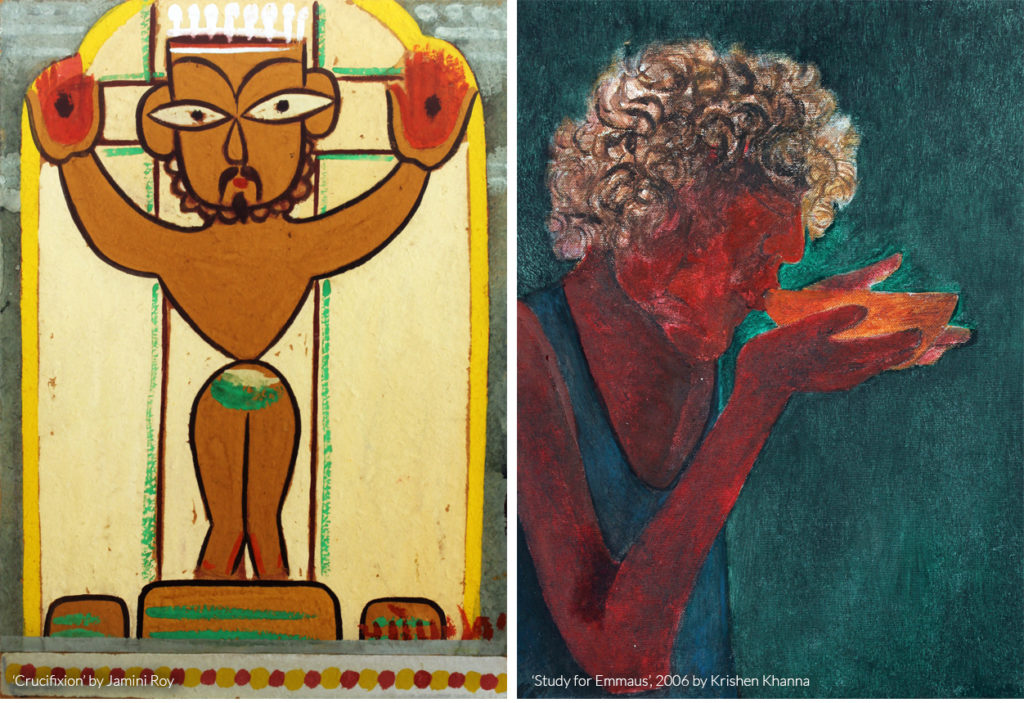 Goan artist AX Trindade was one of earliest modern masters to paint Jesus Christ and he did so prolifically till he died in 1935. There’s a luminous, enraptured quality to the way he illustrated biblical themes. Another Goan master FN Souza, on the other hand, brought a touch of the unexpected, even a note of the odd to the (supper) table. And then there’s the incredible, self-taught artist Madhvi Parekh. A visit to the Holocaust museum in Jerusalem left her shaken and the sense of peace that overcame her when she saw a picture of Jesus right after moved her to embark on her Christ series. In Parekh’s world, even through his suffering the Messiah radiates calm and forgiveness. 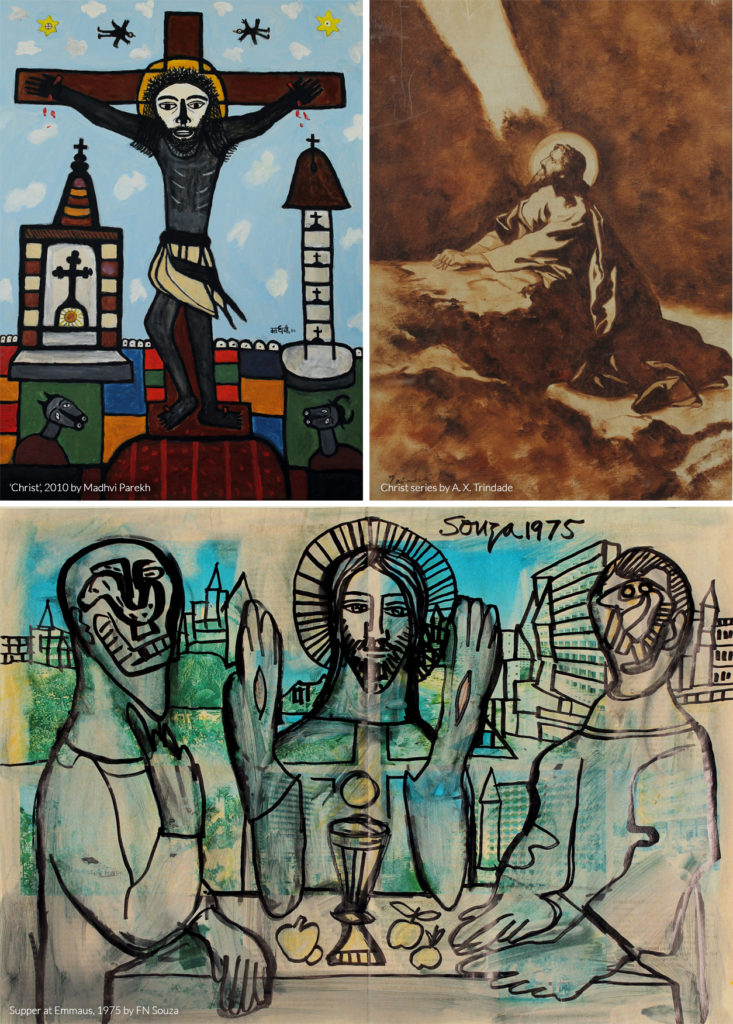 All the above art works are from the Sarmaya collection