Which prayers do we direct to gods and which ones to goddesses?

There don’t seem to be any hard and fast rules when it comes to the division of divine labour. Among the cultures and faiths of India, both male and female divinities wield powers to create, preserve and destroy the universe. Both are capable of mercy and massacre. Both are worshipped with equal fervour.

But as we encounter the fantastically diverse pantheon of Indian goddesses, certain common themes seem to emerge. The biggest of them is the universal appeal of the mother-goddess. She is no self-sacrificing martyr. Powerful beyond measure, swift in vengeance and not always accompanied by a celestial spouse, she battles evil alone and often, she reigns alone.

From the role of the mother are derived others, like that of the caregiver, the teacher and the harbinger of prosperity. In this issue of Spotlight, we get to know some of India’s great goddesses as represented in our collection of art, coins, rare books and engravings. They are worshipped by believers of different castes, geographies, communities and professions. They are called devi, shakti, maa, mata, bibi, bhagavathy, ishwari, amma, ammai and amman. As the festive season draws near, let’s bask in the glory of the Goddess. 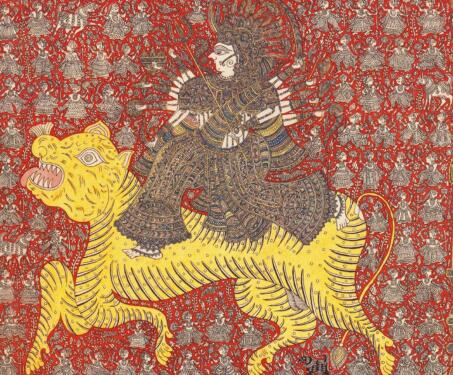 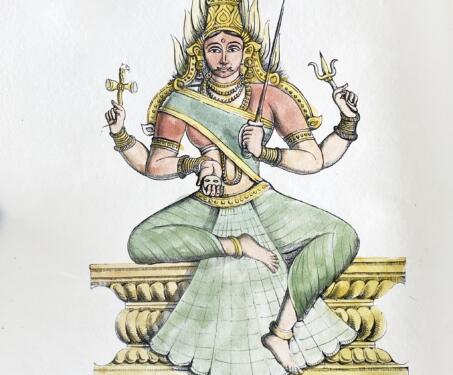 The devis, matas, ammas and other female divinities who have been called upon, time and time again, to save humanity from disease, death and its own hubris

Within the mythology of the Mother Goddess there exists a duality. Just as her benevolent aspects are depicted in many forms, here are some of her fiercest and most terrifying forms 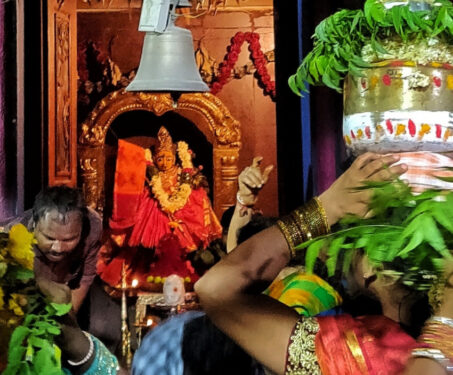 ‘Sisters Who Watch Over Us’ – Telangana’s powerful local goddesses

Among the Dalits and Bahujans of South India, the seven sister-goddesses are revered as protectors of the land and preservers of its people. Meet the gramadevatalu of Telangana 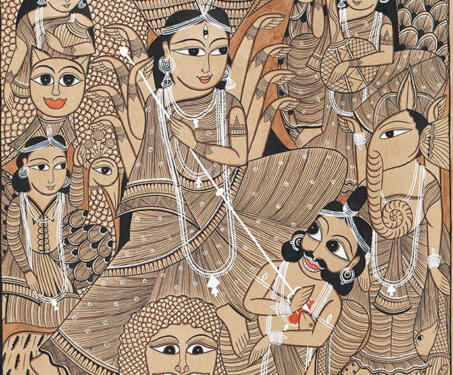 Goddess of the People – Ma Durga comes to Kolkata

Let's trace the tremendous journey of Goddess Durga as she emerged from the mists of time and sprung into the limelight to capture the imagination of Calcutta, Bengal and the rest of the country 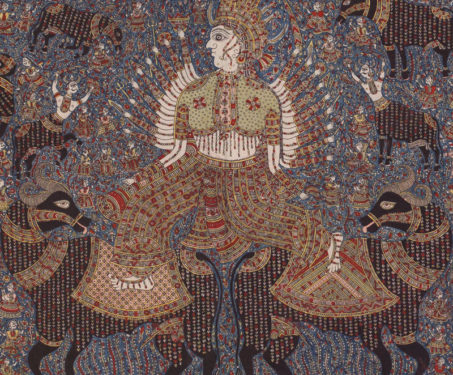 A Mata-Ni-Pachedi canvas can feature a dazzling array of goddesses. One sure-fire way to tell them apart? Through their animal friends