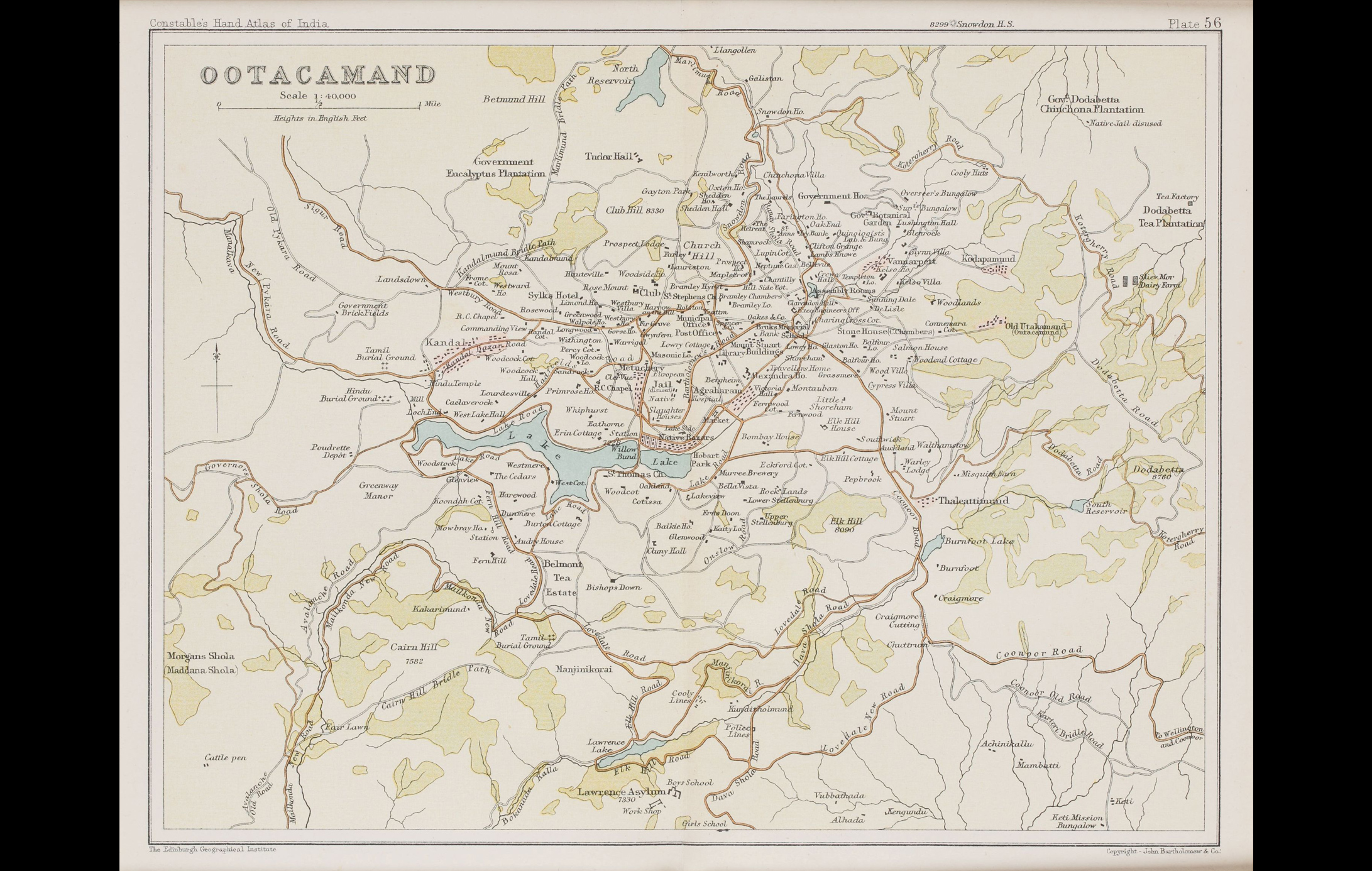 This map presenting the plan and surroundings of Ootacamund (Ooty) was published in the Constable’s Hand Atlas of India by John Bartholomew & Co.

Located in Tamil Nadu at an altitude of 2,240 mt above sea level, Ootacamund (Ooty) flourishes in the Nilgiri hills. Because of its cooler climate, Ooty, was considered an oasis by the British. The Madras government’s headquarters was moved to Ooty from April to October, making it the summer capital during the Colonial rule.