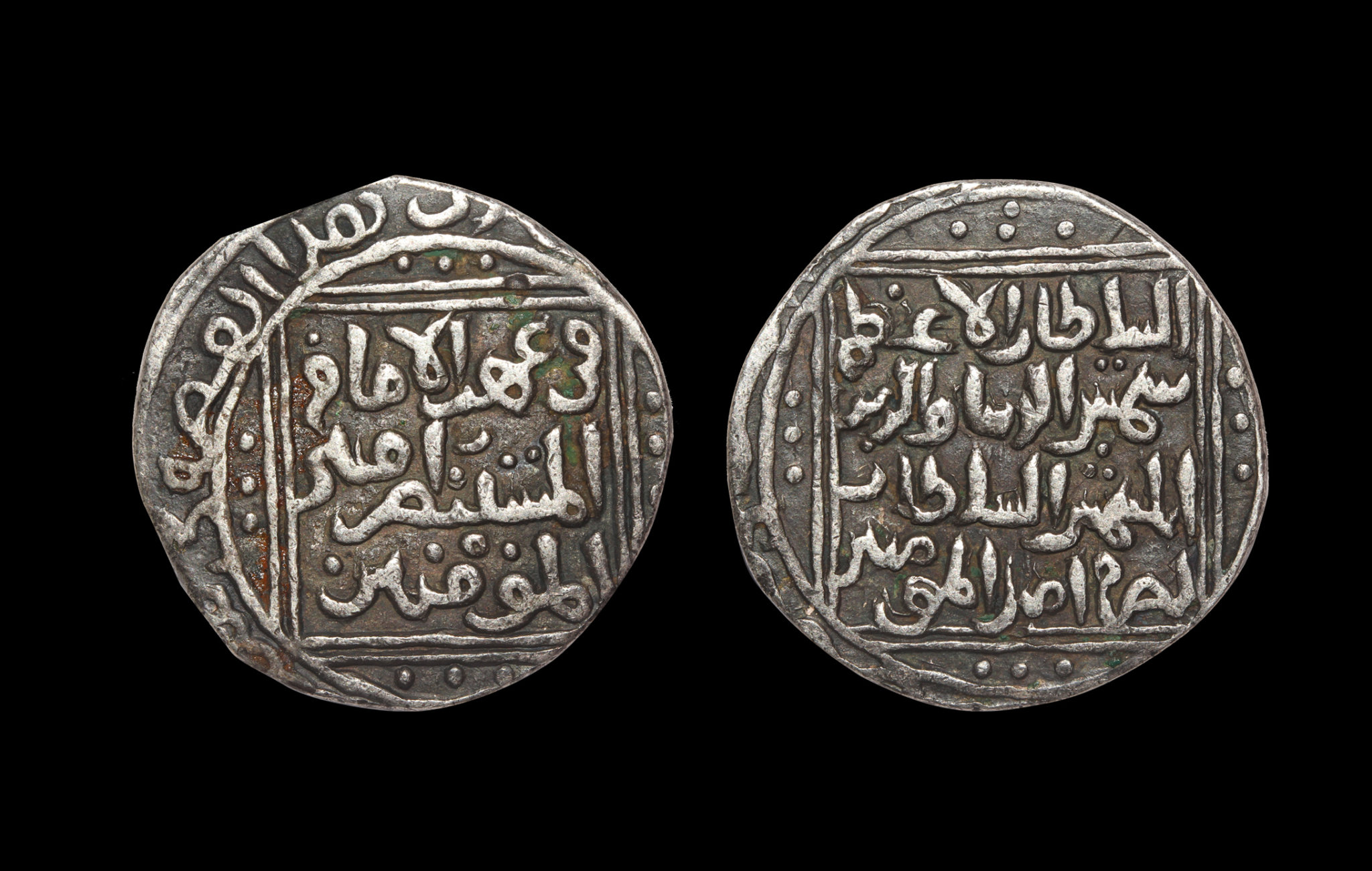 This coin was minted during the early days of the reign of an exceptional leader who steered the Delhi Sultanate from 1236 to 1240. Razia Sultan (she was not a fan of ‘Sultana’) was the daughter of Iltutmish of the Mamluk dynasty, and the first woman monarch of this land—and among very few of her number in the world. Though her father favoured her as his successor, it didn’t ease her path to the throne. She had to fight the nobles of the empire, not to mention her own brothers, and win over the hearts of the Sultanate’s governors, armies and general public on her own strength. Life as monarch was not much easier. Eventually, a coup was launched by the nobles who advised the court and RaziaSultan was killed.

Her coins are rare because her reign was so short, but this one is made more interesting by the fact that it reflects a period of transition. Minted in 1236, the year she was crowned monarch, this coin is struck in the name of Iltutmish. It is distinguished by the coins of her father because it features the word ‘nusrat’, meaning ‘assistance’. This indicates that the Sultan was far from secure in her reign in those early days. By the end of her regime, however, her legacy was secure. Razia Sultan is remembered as a bold, progressive leader who tried to reform the administration. She sought to end Turkic monopoly among the nobles and broke away from the restrictive labels that society foisted upon women. She did not wear a veil after being crowned and took the title of Sultan instead of Sultana.