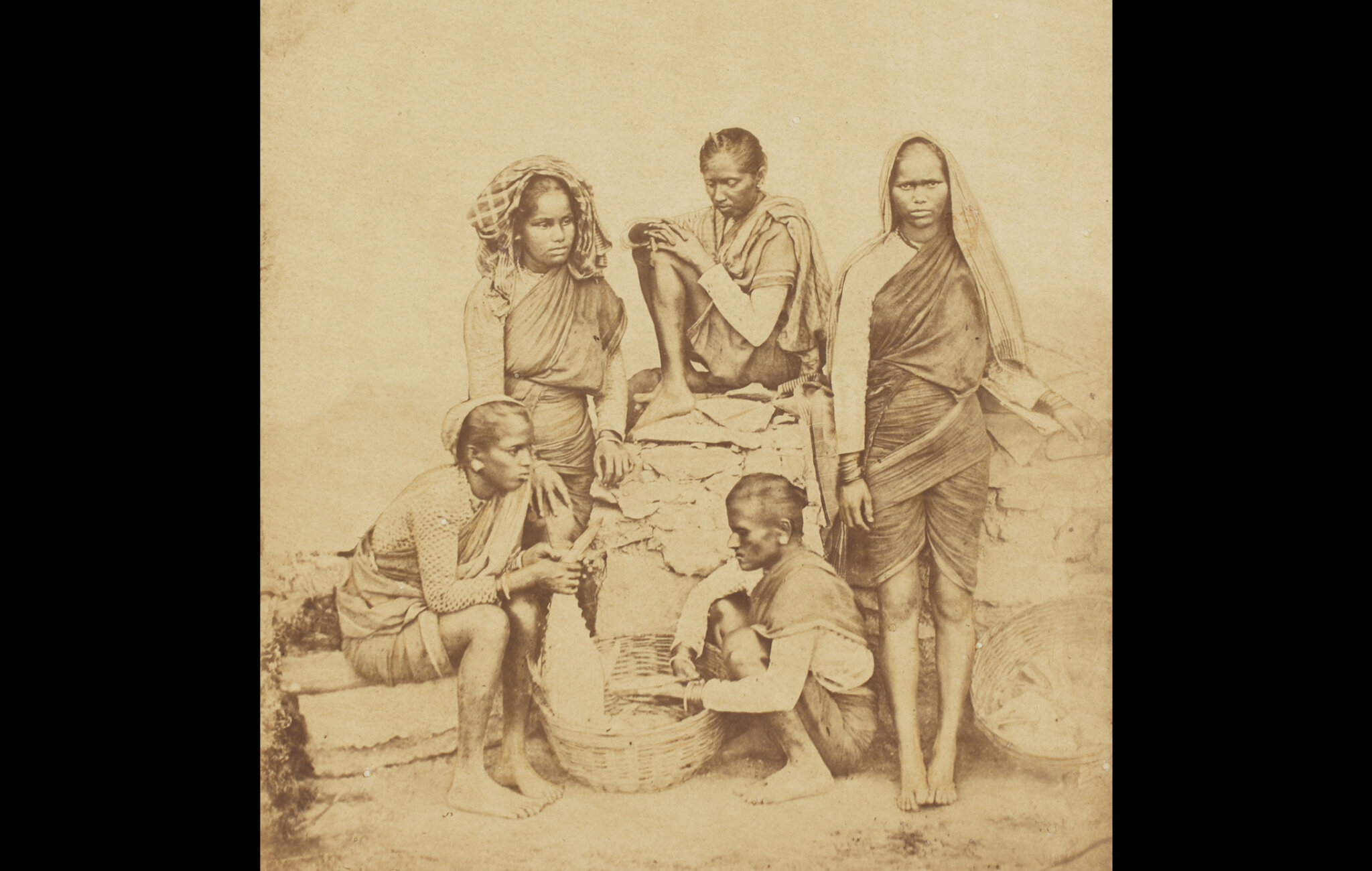 This photograph of the Fisherwomen of Bombay is by William Johnson.

The Kolis (fishing community) are oldest known inhabitants of the seven islands that make up this city, they have lived here for centuries—some say since 600 BCE. This community may not be as visible on the city’s bustling streets as they once were, but in a way, they still shape Mumbai’s identity. Their historical legacy is imprinted in the names of several neighbourhoods in Mumbai, including Sion Koliwada (homes facing the sea), Warli Koliwada and Mazagaon, a corruption of ‘machcha gaum’, i.e. fishing village.

This image originally formed a part of a series called ‘Photographs of Western India’ (1855-1862) by William Johnson. It reappeared in his later publication ‘The Oriental Races and Tribes, Residents and Visitors of Bombay’ (1863 and 1866).