An initiation into the Sarmaya team involves the confrontation of and acclimating to certain books from our library. New ‘uns are told this is necessary reading meant to familiarise them with the genres of the collection. Each object inhabits a world that is resonant and multi-faceted and it’s impossible to know where to start. “Today everything exists to end in a photograph,” wrote Susan Sontag in 1977, but this idea feels true of the times intensified by social media. We live in a post-Instagram world, which is perhaps why photography is a category that is often picked up first and the related books are a learning opportunity that is immediately interesting. Here to guide us is the writing about albumen, collotype, daguerreotype, and gelatin silver prints, the histories of photography, the Jaipur court, an empirical Empire, and profiles of iconic photographers, which teach us everything about painting with light. 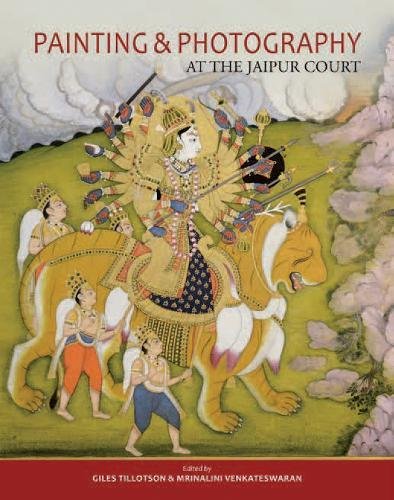 Here’s a milestone book that seizes and presents the artistic verve of a royal family over two centuries and therefore the history of the art of a city. Maharaja Sawai Ram Singh II, if you don’t know, was an accomplished amateur photographer, expanding the royal role of patronising and acquiring art to its creation. His images are notable and stand for a time where paintings were competing with the camera in the 19th century. Additionally, the book also exhibits never seen before images and art including a selection of the Maharaja’s photographs.

The story of Jaipuri artistry begins with paintings of the 18th century, when paintings held mimetic duty. Moving around on political and military campaigns, Jaipur’s rulers invited artists and craftsmen to their city as well as honed inhouse talent and created thriving ateliers. Artists were exposed to several styles and given access to the most intimate of spaces like the harem. No subject was out of bounds as evidenced by the work of some court artists like Mom Chand who painted the seduction of a young man by another, while offering him a drink. 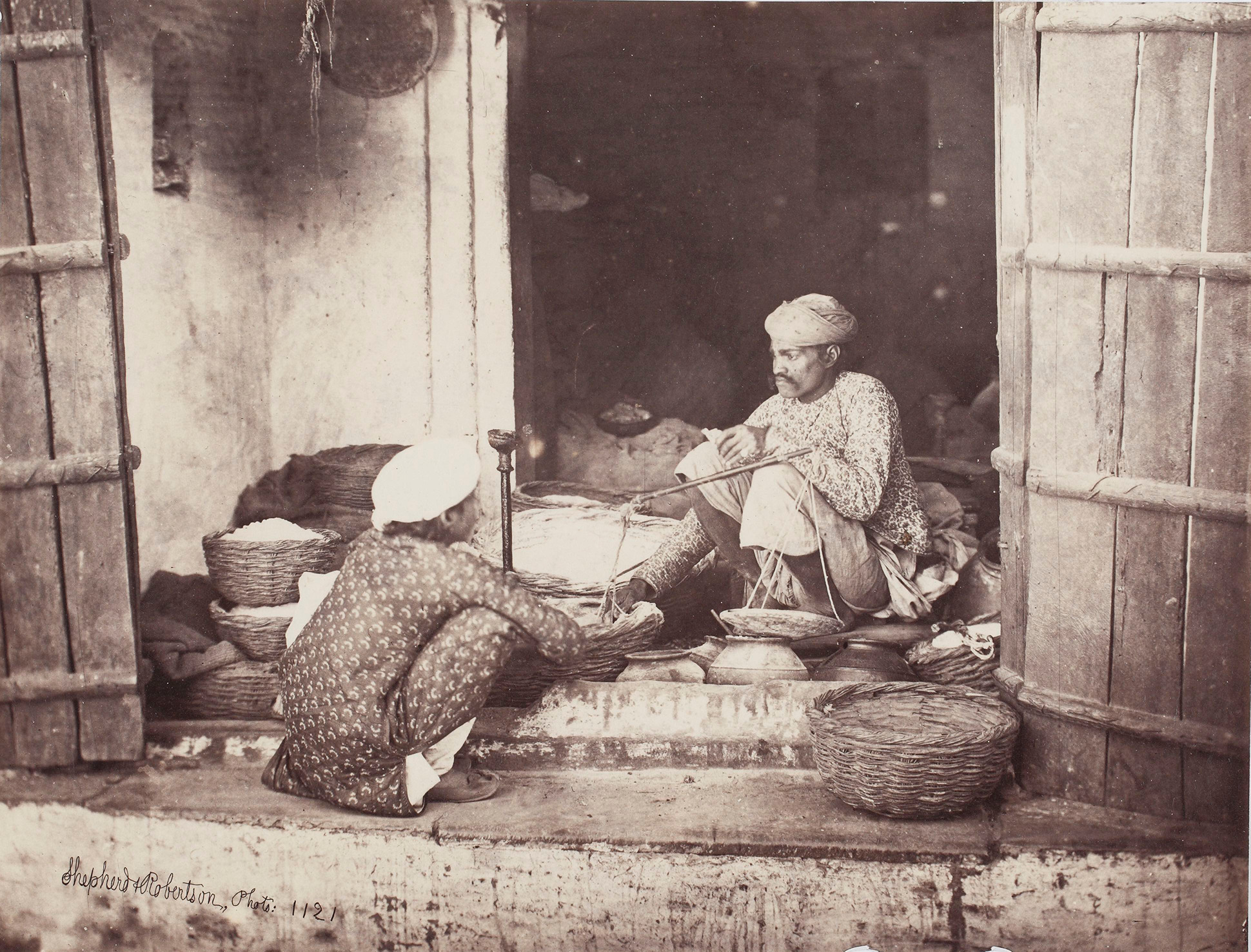 Yes, it’s problematic and yes it’s flawed, but the original People of India albums issued in 1868 lets you see it for what it is – an attempt by British officials to document India and its inhabitants in an ethnographic way and as possessions. This book was conceived as a personal project for Lord Canning, the then Governor General. However, after the 1857 rebellion, the collection transformed into an administrative effort of demographic profiling in order to prevent future unrest. The People of India is a collection of 468 individually-mounted albumen print photographs of the several tribes, castes and trades of India. And just glancing at this multi-volume work gives us a glimpse at how diverse Indians historically were. In fact, scholars argue that these studies had a totalising and divisionary effect – they reified, defined and perpetuated differences. But even when these photographs were taken, there was a sense that native people had been touched by the globalising force of imperialism and that certain attires, trades and elements of culture were fast vanishing. 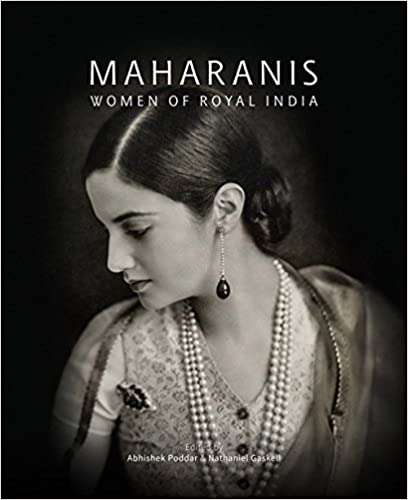 Too long has the narrative of Indian monarchy revolved around the figure of the Maharaja. This book lifts the purdah that has separated a queen from her kingdom for centuries. The photographs in this book are rare socio-cultural annals that take us through what constituted appropriate representation of Indian queens at the time. At the same time they are subjects of examination into complex questions about gender, local tradition, culture and colonialism. From the portrait of the empowered Begum of Bhopal who ruled in her own constitutional right to that of the Maharani of Jammu and Kashmir suited up in Western riding suits in lieu of a more traditional garb, these images reveal how royal women negotiated the space between tradition and modernity.

Reverie and reality: Nineteenth century photographs of India from the Ehrenfeld Collection by John Falconer, Sophie Gorden, and Omar Khan 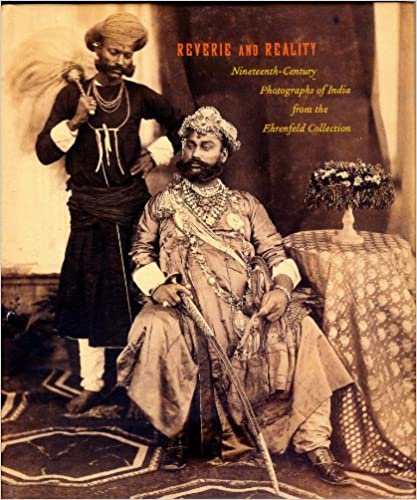 This book is a pageant of local people, Indian dignitaries and most notably, the landscape and monuments of India. It’s easier to enjoy nineteenth century landscape photographs than portraits because we can allow ourselves to dislodge colonial gaze and our post-colonial one if only for a moment. Nineteenth century vistas of India feel instantly evocative and fresh with the joy of discovery. The Ehrenfeld Collection is presented in 188 pages with 118 exemplary prints by the eminent photographers Linnaeus Tripe, Samuel Bourne, John Murray, and Lala Deen Dayal. The texture of oiled hair and formal clothing, thatched roofs in Bengal, the feeling of stillness in a forested ruins or the sun beating down on the street fill the reader with a dream-like wonder. From high mountains to low fields, architecture and the absence of it, princes and mendicants, these pages pull us into the deepest reverie. 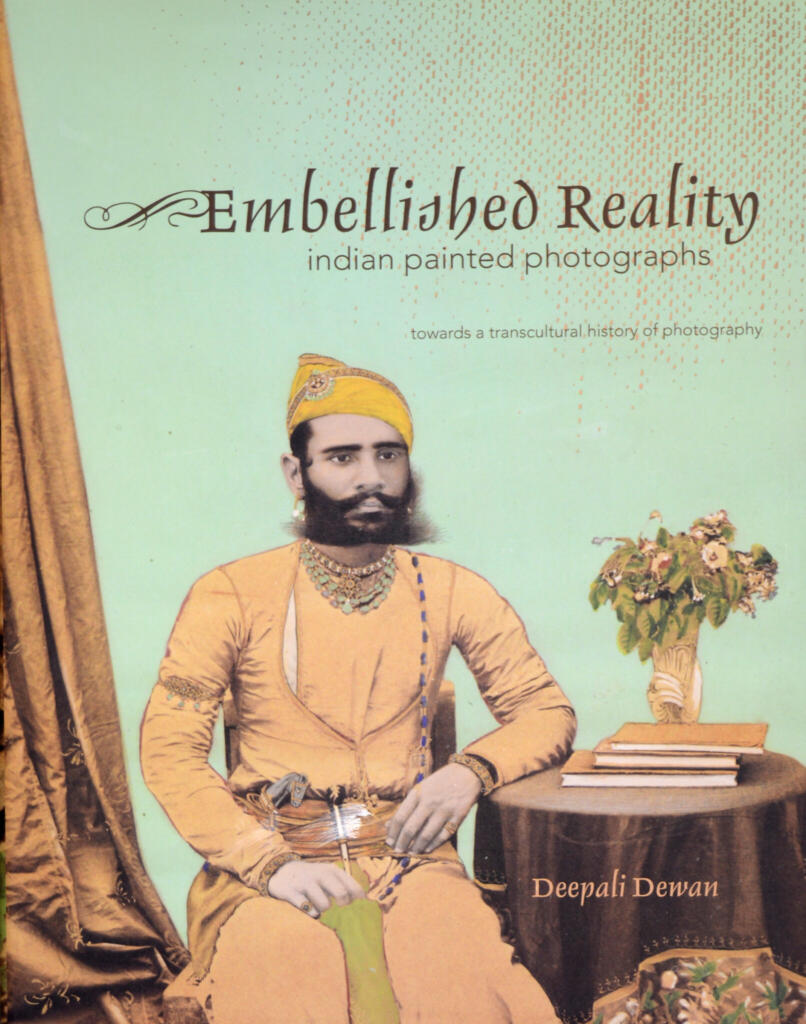 There is a theory that painted photographs arose out of the need of 19th century artists to compete with photography. And some have argued that they were a form of customer service. Those who had their photographs taken found it difficult to imagine why the camera, soon after its invention, could render such realistic detail and yet not colour. Photographers eager to impress their patrons would often use oil paints and watercolour or even chalk and crayons to go over the photograph. In India, initially, tinted images were patronised by the ruling or elite classes. Photographs were used to enhance the painting – to make them “hyper real.” Indian artists combined a long-standing tradition of miniature art with the photograph so more attention was lavished on details of jewellery and drapery and realism was reserved for the face, feet and hands. Colour was used interpretively to provide emphasis or cover ups. “Embellished Reality” features 50 works displayed for the first time from the Royal Ontario Museum collection.