Water in all its forms has been an eternal source of inspiration for creators. It continues to serve as muse, material and medium to painters, photographers, filmmakers, musicians and performing artists who seek to capture its elemental essence. We spoke to two such contemporary creators, Sahil Vasudeva and Zishaan K Latif, about how water flows through their practice.

Amongst India’s most talented pianists, Sahil’s experiments with different mediums — visual projection, photography, theatre —have been instrumental in shaping a performance style that is truly his. His mixed-media production The Un-Recital was presented at the Royal Opera House Mumbai in 2018 to positive reviews.  Most recently, Sahil was showcased as the only musician in the Viacom18 web-series, Dell XPS Youniverse Creators, where he was paired with an animator in a residency program to create a work of art. He is currently working on releasing his debut album, a collection of pieces written for piano. In this conversation, Sahil Vasudeva talks to Sarmaya about Qinara, an album inspired by the limitless horizon of the sea.

An independent photographer, Zishaan’s body of work includes commercial, journalistic and editorial projects. As he explains on his website: “The art of making a photograph thrills me and thus releases me from preconceived notions of visual imagery or expectations from the various schools of thought.” Zishaan’s work has been featured in exhibitions and publications worldwide. His more recent commissions include, ‘Manufacturing Foreigners’ : Assam’s Ordeal with the National Register of Citizens, for The New York Times Magazine and The Caravan. In our interview with the photographer and filmmaker, we talked about a personal project he undertook in Assam. Withering documents the environmental precarity of the island of Majuli in the Brahmaputra river.

As a photographer and artist who has chronicled many changing landscapes in different parts of the country and the world, could you tell us about your relationship with water as an element, in all its forms and its vastness?

“For me, water plays that vital role of a unifier, a multiplier and also the destroyer, and yet we haven’t been able to comprehend how to consume it with respect before it consumes us all. I feel anger for how we treat water, for how we disrespect that one life force which sustains us, satiates us, protects us. Yet we abuse it.

“It flows through mountain gorges to become rivers to rivulets, ponds, lakes to reach every single home, into every system. It connects all living species on our planet, yet the irony hits us Indians really hard since we consider it so holy that we contaminate it beyond belief – to a point where we start taking it for granted.

“Water is that miracle; that one precious element that beads together our human race. It’s that one common transient flow that makes every species survive and thrive. Have you imagined if one day the water gods decide to switch off their motor? That would lead to complete mayhem and an annihilation of humankind, yet we consume it like there is no tomorrow.”

What drew you to Majuli?

“Majuli is enchanting in ways that call for me to return. A call to explore its soul in all its forms and fury, shapes and beauty. Its appeal rests as a fractured landmass of persistence on which humans try to survive every jolt nature gives them. Majuli is engulfed in its silence, and its silent resilience, a forgotten landmass with a questionable and crumbling future.

“On the island we traverse a fading ancient culture, a desperation to be afloat, as human engagement with nature is palpable in their routine – ploughing the fields, fishing and weaving traditional clothes, which gives them a purpose to feel alive.

“The monsoons are tough on the island and the islanders, but they have always believed in living with nature and not against it. That’s their formula to survive natural calamities and it’s worked for centuries. Erosion is a natural phenomenon that they  navigate using indigenous ways to protect their land from further depletion, for eg by using bamboo, fairly abundant on the island, to build bridges, obstructers and houses that can easily withstand the floods and are easy to rebuild.

“Majuli is like that clandestine affair, an unending relationship one goes back to for comfort. My relationship with the island began in 2015 when I was on an assignment to document its colourful culture during the festival season, where the rich Ahom civilisation is remembered through practices and performances over a few days of festivities. During this time, hundreds of people throng the grounds in praise of Shankar Mahadev or Shrimant Shankardeva, a 16th-century social reformer who preached the monotheist form of Hinduism called Vaishnavism and established monasteries and hermitages known as Satras on Majuli. The island soon became the leading centre of Vaishnavism, the main religion of Assam. There were 65 such monasteries, but only 31 of them have managed to withstand nature’s fury. Even their survival is at stake as the island shrinks and its edges fall into the river.

“I began exploring Majuli only in 2017 and from there began a deeper comprehension of what the island stood for – a testament to change and how erosion was a version of transformation that they were living with.” 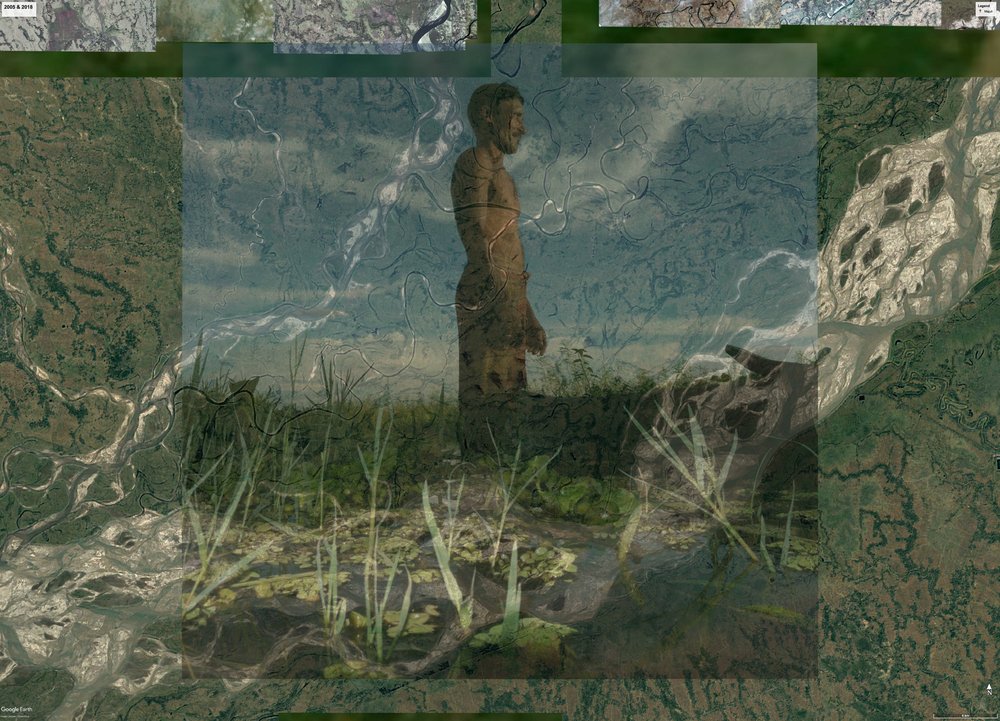 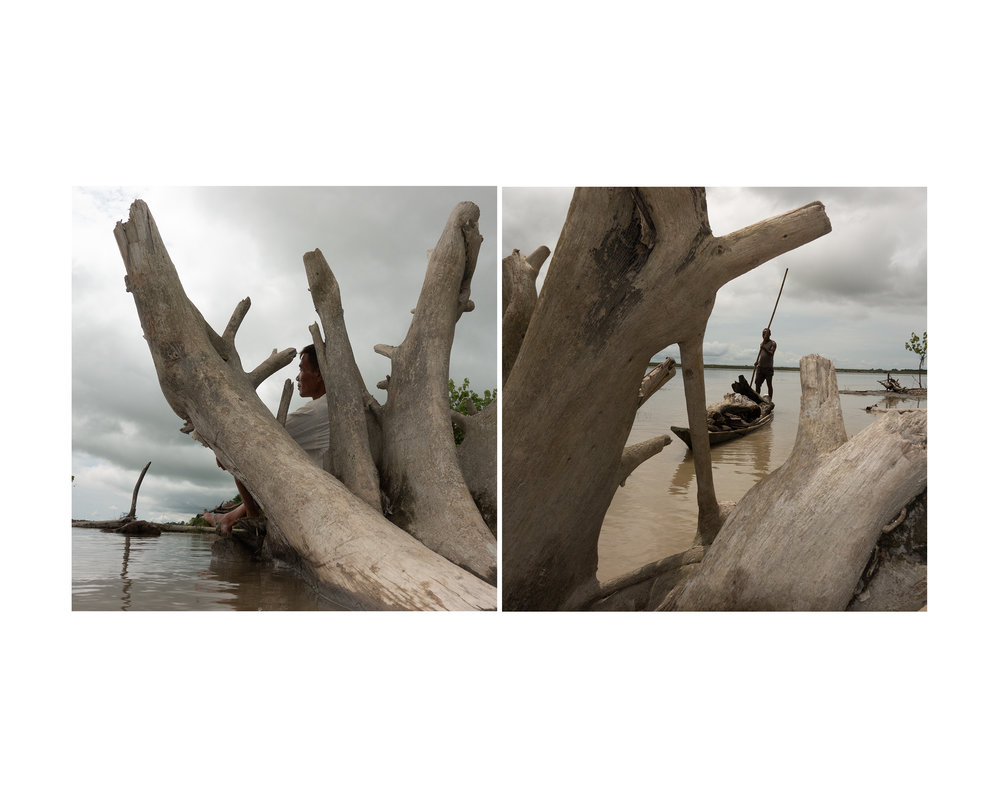 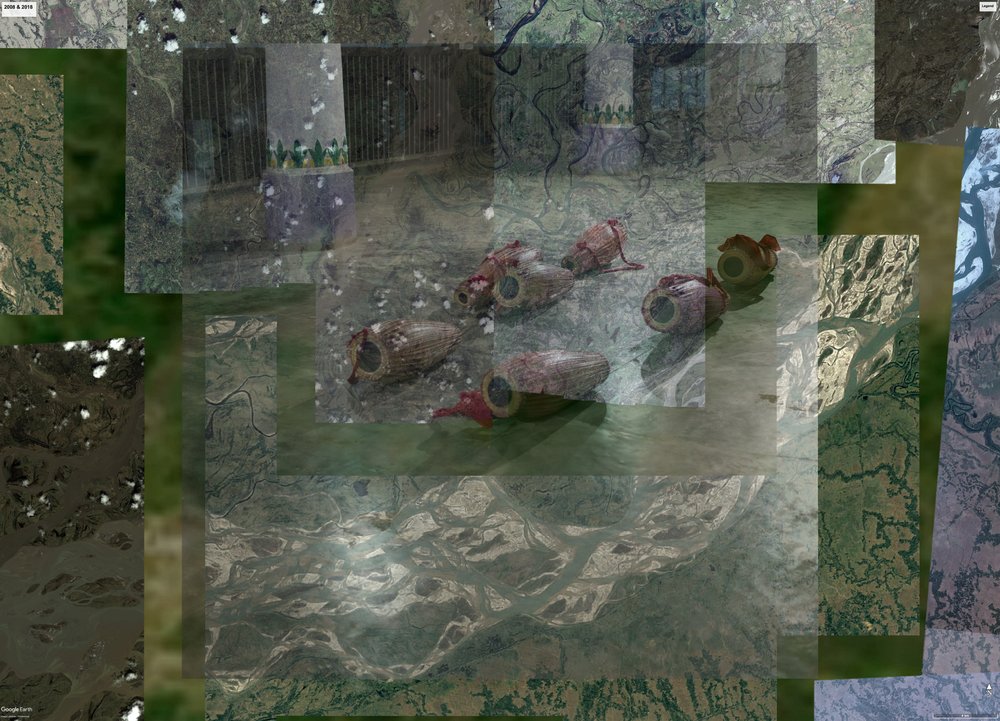 Could you tell us briefly about the two songs that feature in this essay?

“On my cycle rounds of the island, I came across a group of women in a Naam-Ghar (a  small village temple space where villagers come to pray and chant) who were singing praises of Shankar Mahadev. I immediately started recording and much later, when I was putting together Withering, it hit me that the islanders believe that they are afloat only because of their faith, it’s the force that keeps the island from vanishing. Withering was born from this realisation.”

‘Withering’ from Zishaan A Latif on Vimeo.

“It was the first lockdown in 2020 when I was left all alone with my thoughts that I was forced to revisit my work out of sheer lack of motivation to keep myself afloat. I put together lost images and a song I forgot I had recorded at the Bhatkhande Sangeet Maha Vidhalaya on the island way back in 2018. I could recollect a mellifluous voice of the girl who took me back to Majuli. She sang Pranati, which was originally sung by Jyoti Prasad Agarwala, a celebrated playwright, songwriter, poet, writer and filmmaker from Assam. The song is an absolute ode to India, and at that time of the pandemic, what I feared the most was the virus reaching Majuli. I wanted the safety of the people of Majuli because of its many indigenous tribes that are at a cusp of extinction.”

MAJULI Revisited 2020 : For my love of Majuli, the world’s largest river island in Assam, North East India. from Zishaan A Latif on Vimeo.

As a chronicler who has witnessed the catastrophe in Majuli closely, what do you feel about the future of our relationship with nature? 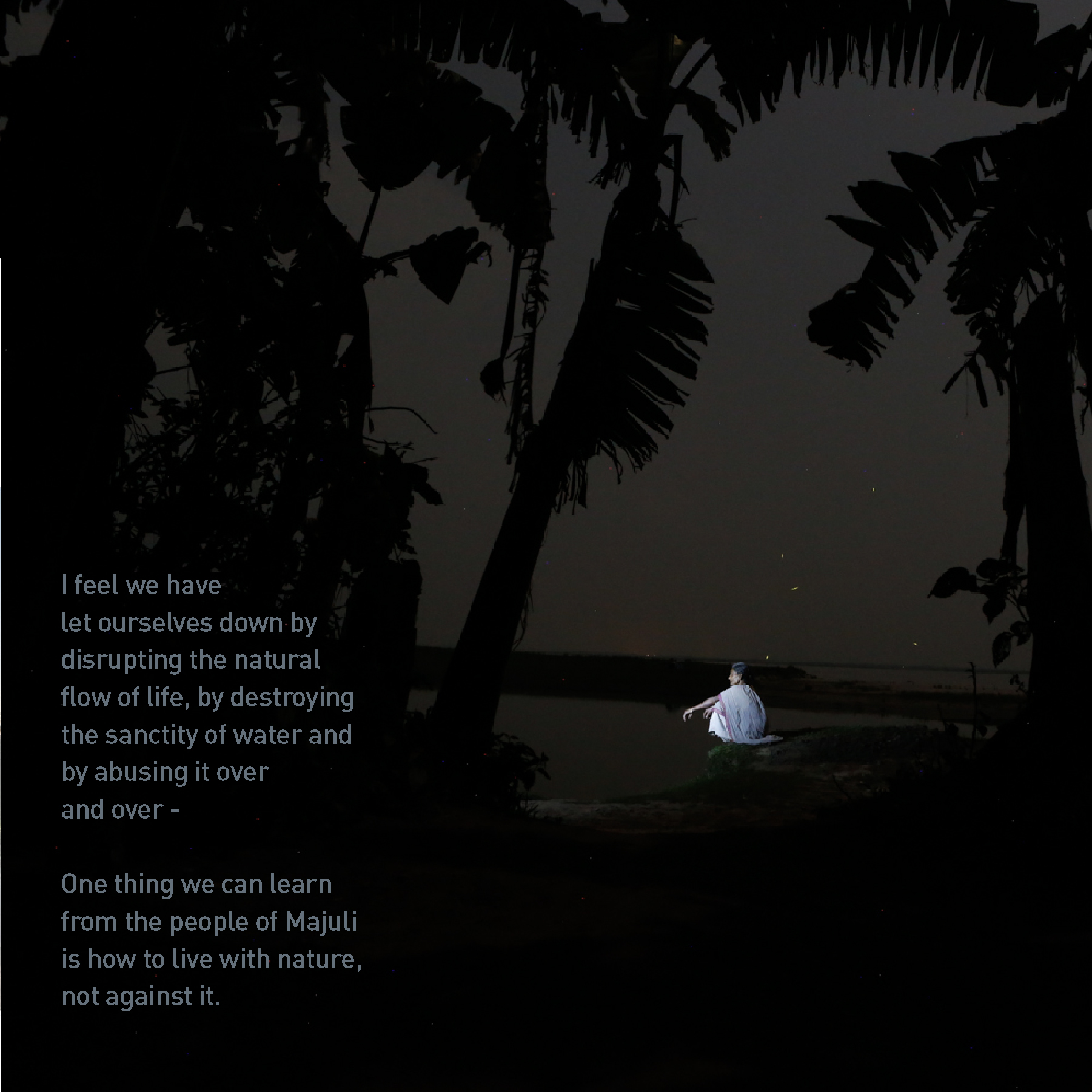