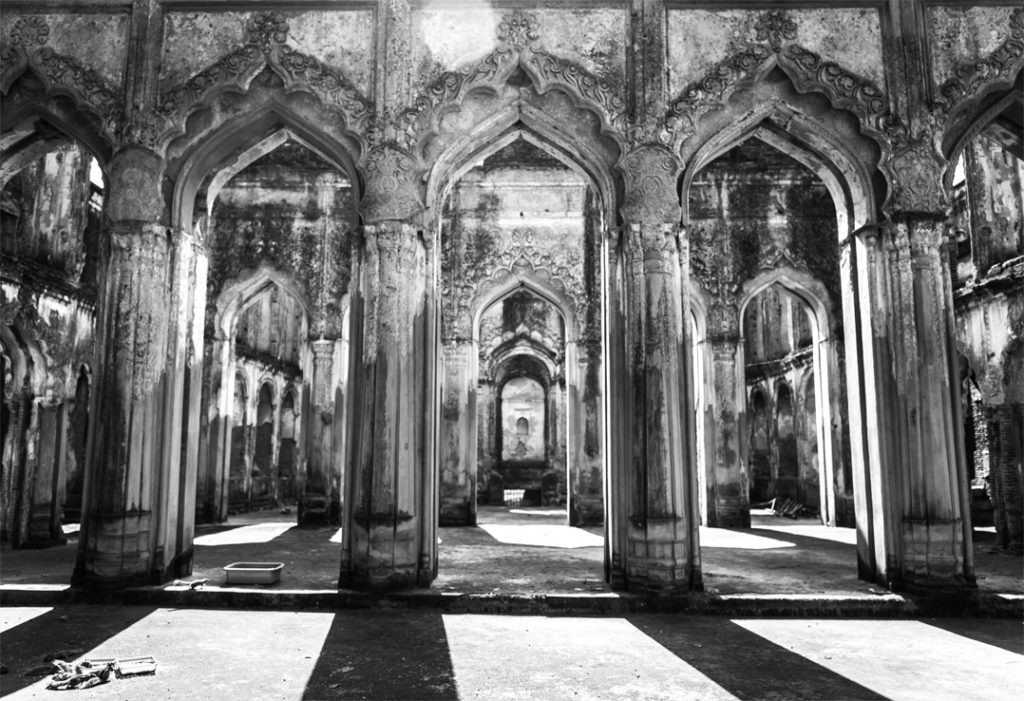 The mosque at The Residency

Most other Lucknow landmarks were built to be remembered. Grand and sumptuous, they’re testament to the creativity and good taste of their patrons. But builders of The Residency didn’t have such ambitions. It wasn’t particularly built to impress. Its architects weren’t expecting tourists to one day walk these pathways and stare at the ruins of their work. Their brief was to build a well-appointed living quarters for the British Resident of the Nawab’s court. Later, it was used by assorted Europeans who came here on work. From the time it was completed in 1775 till the Uprising of 1857, The Residency served its purpose quite well. Then history came knocking and shook the foundations. 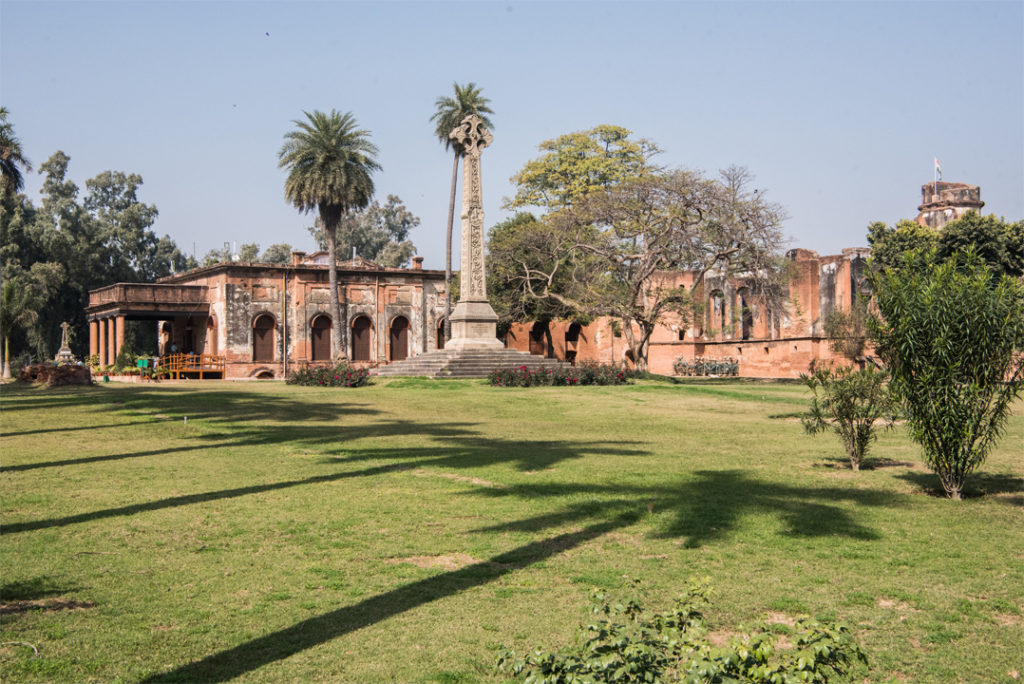 Lord Alfred Tennyson covered the action on the ground at The Residency during the most violent phase of its history. He wasn’t actually there, but being a poet, that didn’t stop him. Here’s an excerpt from ‘The Defence of Lucknow’:
Bullets would sing by our foreheads, and bullets would rain at our feet –
Fire from ten thousand at once of the rebels that girdled us round –
Death at the glimpse of a finger from over the breadth of a street,
Death from the heights of the mosque and the palace, and death in the ground! 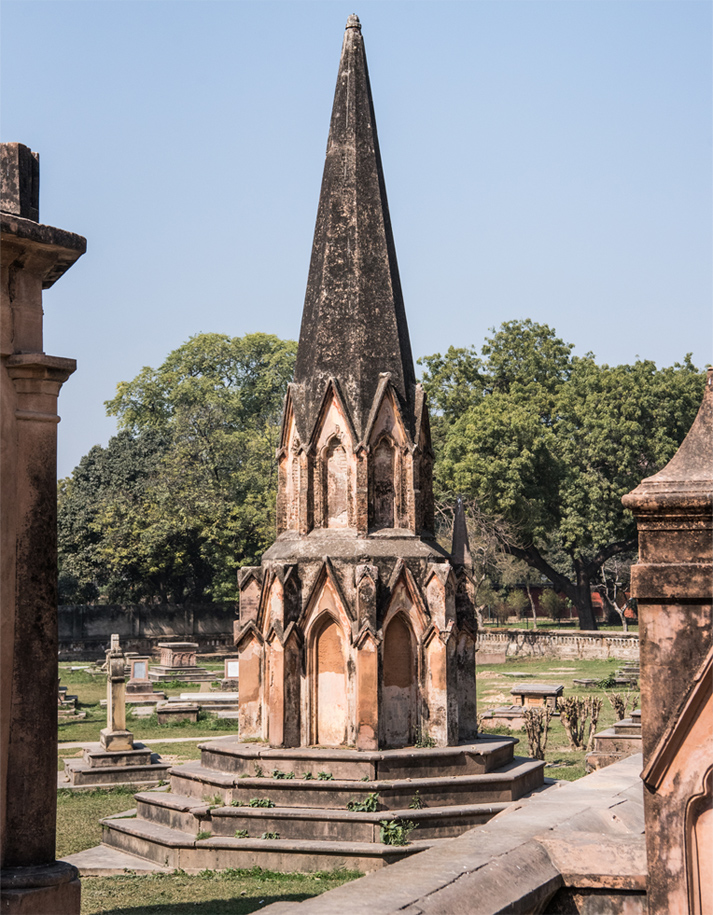 The cemetery here houses the graves of around 2,000 men, women and children

You don’t need poetic license to be moved by the desolation of The Residency as it stands today. Compared to the energy, chaos and humanity that envelops most other landmarks, this one is stark in its solitude. Most visitors come to pray, tend to a grave or hear about the violent six months of 1857 that turned an elite gated community into a besieged bastion. There are plaques here and there pointing out important dates, names and facts, but the scars of war that still mark these walls are far more evocative. 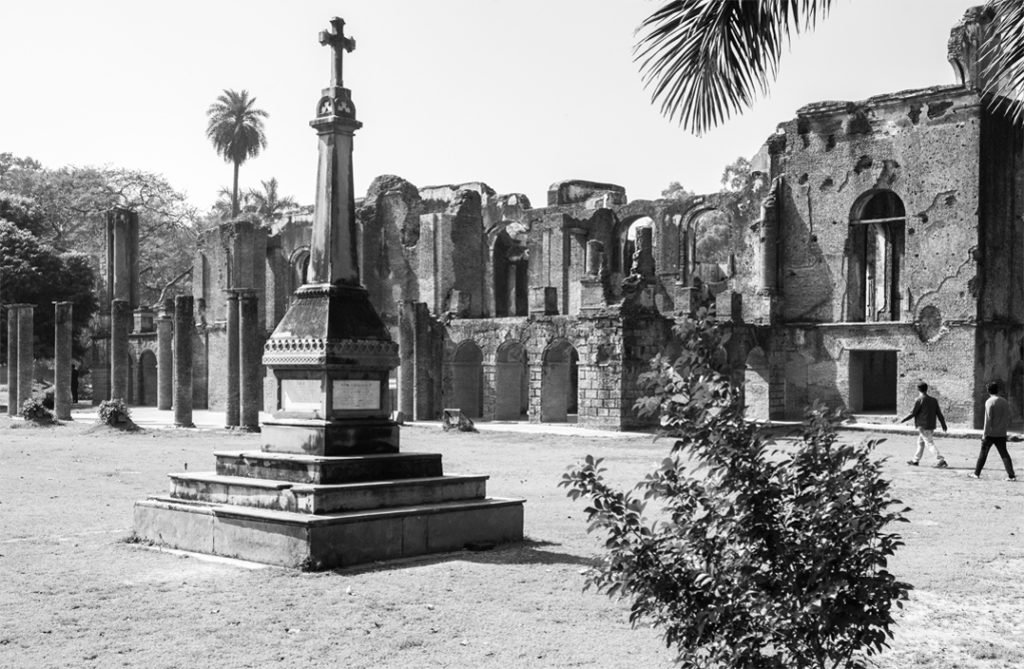 The Residency is scattered with memorials to fallen British soldiers

The Residency was built during the time of Nawab Saadat Ali Khan to cover about 40 acres on the banks of the Gomti River. It was fully equipped with a banqueting hall, hospital and stables, besides a church, mosque and cemetery. Today, the Archaeological Society of India runs a museum on site commemorating the events of 1857. It includes a gallery in the basement containing such artifacts as a loaded revolver, cannon balls and fragments of wine bottles recovered during excavations. The complex is neatly kept and there have even been efforts to increase accessibility for those with physical disabilities, like through plaques in Braille. 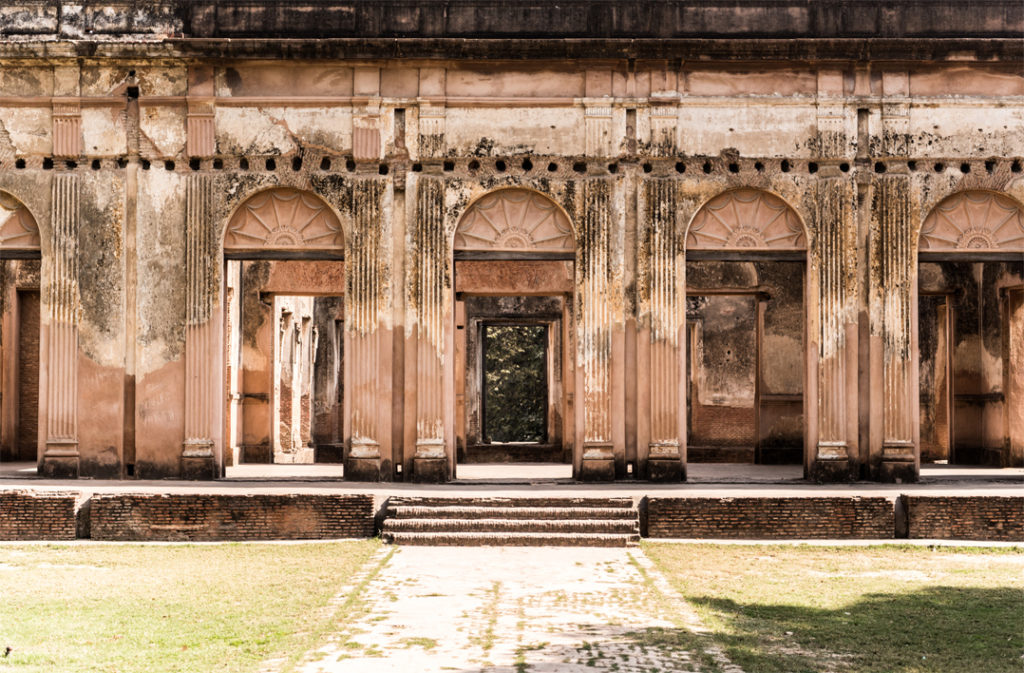 Begum Kothi was the home of Vilayati Begum, the European wife of Nawab Ghazi-ud-Din Haidar Shah

It helps to remind yourself, however, that you’re not in a typical tourist spot. The best way to explore The Residency is to wander aimlessly and follow your curiosity. Read the names of the soldiers and civilians who were killed here, walk through the stately halls of Begum Kothi, sit a while under the ruined arches of the mosque. There’s no shortage of ghost stories at The Residency—the home of 2,000 graves is almost too irresistible a setting. There’s also an incredible one about djinns congregating at the mosque. 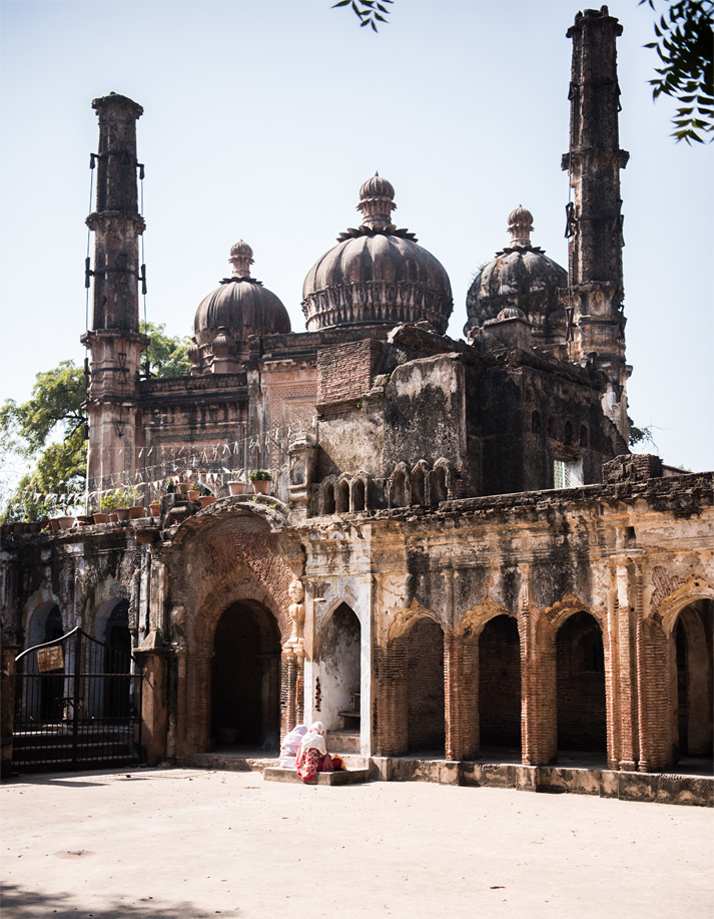 There are plenty of historical documents about the Uprising of 1857. Sarmaya has a vast collection of photographs, besides engravings and books that tell the story of this bloody rebellion and its terrible aftermath. But being at the site where history once came calling brings the whole event into sharp focus. It forces you to consider not just the political and social cost of a revolution, but the very real human one too.

As part of Sarmaya’s Art of Travel series in Lucknow, we took our guests on a walking tour of The Residency led by author and journalist Mehru Jaffer, who gave us an insight into the lives of the British soldiers and Indian royalty who once lived here.