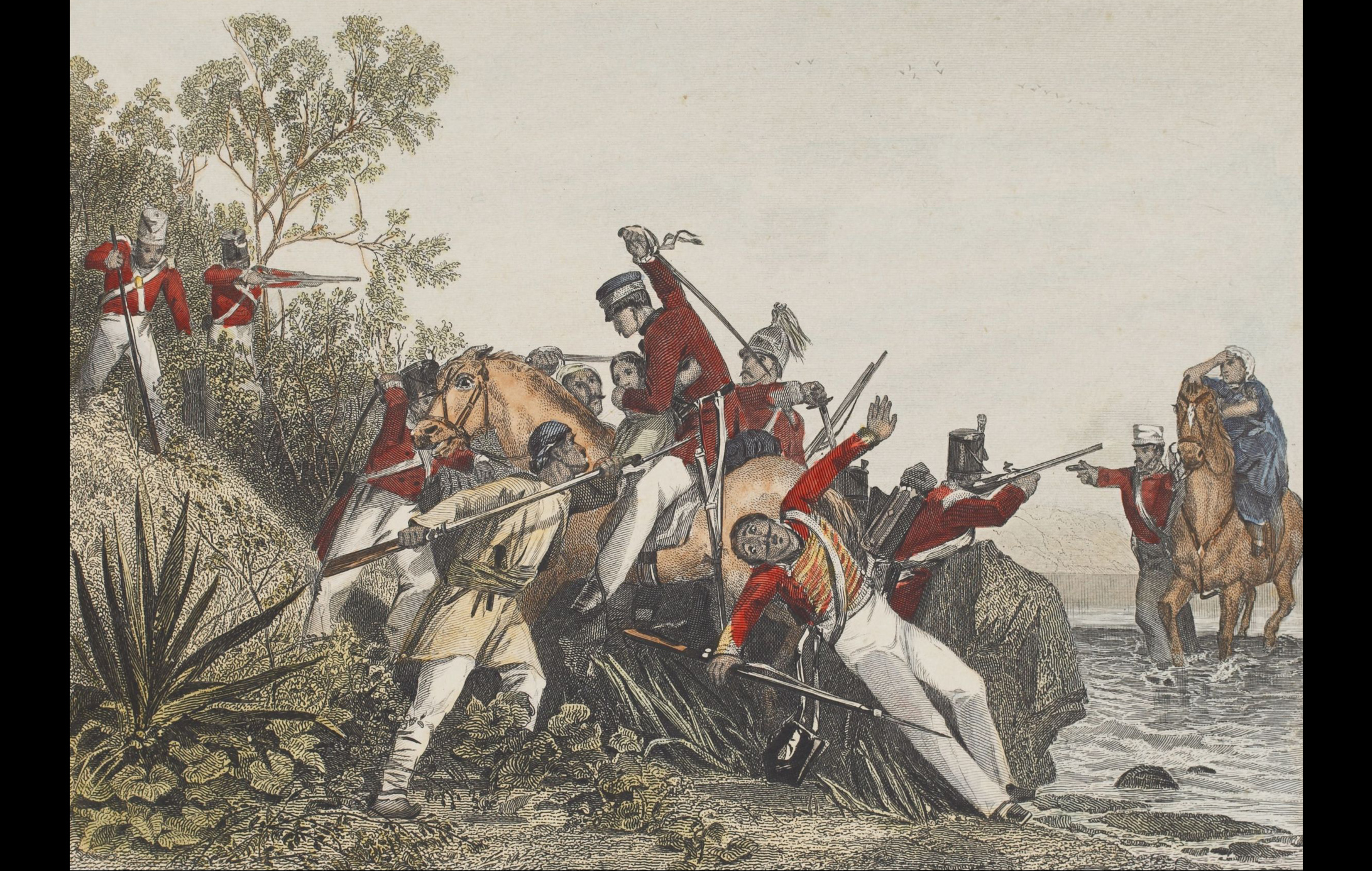 This engraving depicts British officers, a woman and a child facing the rebel soldiers while escaping during the revolt of 1857-58.

The revolt of 1857 was a crucial moment in India’s colonial past and the first widespread and semi-structured form of rebellion against the rule of the British East India company. It was widespread across Northern and Central India and culminated in many decades of resentment and dissatisfaction with British rule and its policies.

Fugitive British officers and their families attacked by mutineers