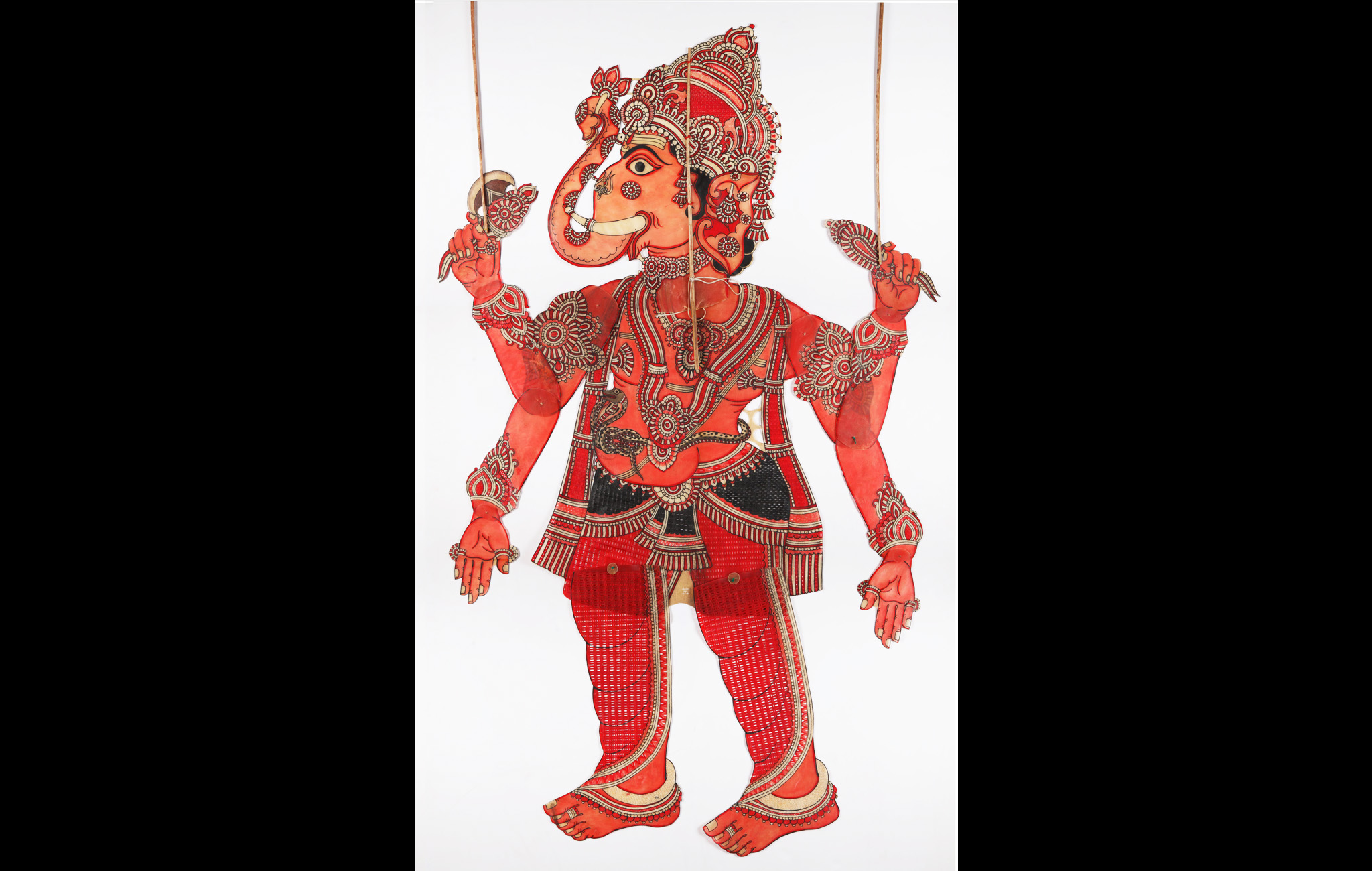 Every Tholu Bomalaata performance starts with offering a prayer to Lord Ganesha asking for his blessings. He is an important deity in the Hindu Pantheon and is regarded as the remover of obstacles and the Lord of the Ganas. He is a constant in Tholu Bommalaata whether the main act is from the Ramayana or Mahabharata.

One of the versatile proponents of this art is Sindhe Chithambara Rao. He is a National award-winning puppeteer who lives in the village of Dharmavaram in Andhra Pradesh. Chithambara Rao’s great-grandfather, Nayanappa Rao, was the first puppeteer in the family. He migrated from Solapur district in Maharashtra to Kolar district in Karnataka and developed his puppetry skills by building relationships with the local puppeteers. From the age of 8, Chithambara Rao trained under his father in the art of shadow puppetry, carefully observing his father, elder sister and brother synchronise the puppets with their storytelling melodies. Today, Chithambara Rao’s troupe Chaya Nataka Brundam has performed in cultural forums across India, Europe, South America, Egypt, and Oman.