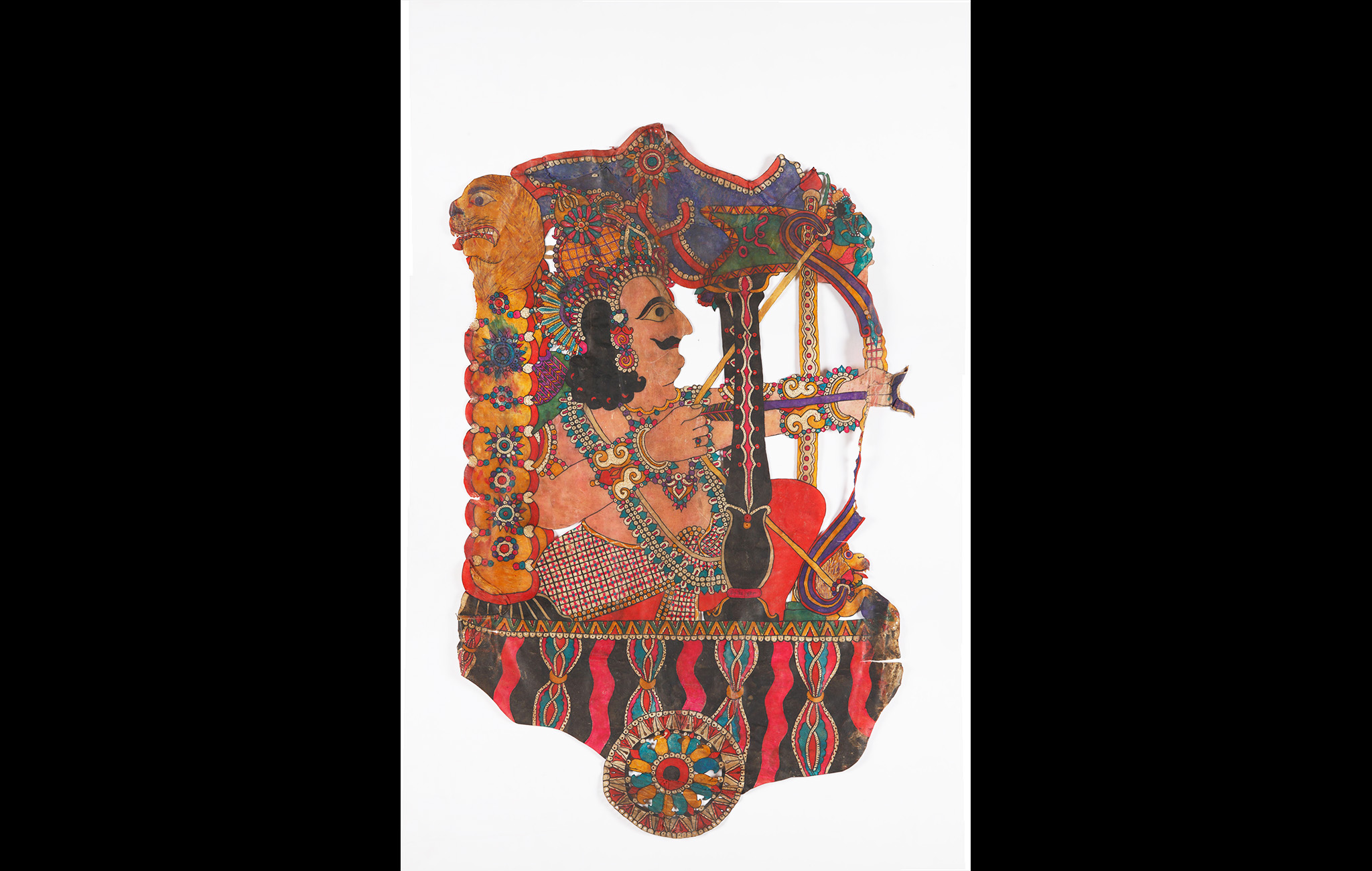 This shadow puppet of Arjuna on his chariot is from Tholu Bommalaata, a puppet tradition from Andhra Pradesh in India. Here, tholu means leather, bommalu means puppets and aata means dance.

Arjuna is the main character in the Mahabharata alongside Krishna. He is one of the Pandava brothers, who win against the Kauravas. Considered a great warrior, Arjuna on the left is depicted on his ratha (chariot) ready for the Kurukshetra war. His chariot was given to him by lord Agni and was called Kapi Dhwaja. The main text used to perform the Mahabharata stories in Tholu Bommalaata is Vemulapati Bharatham.