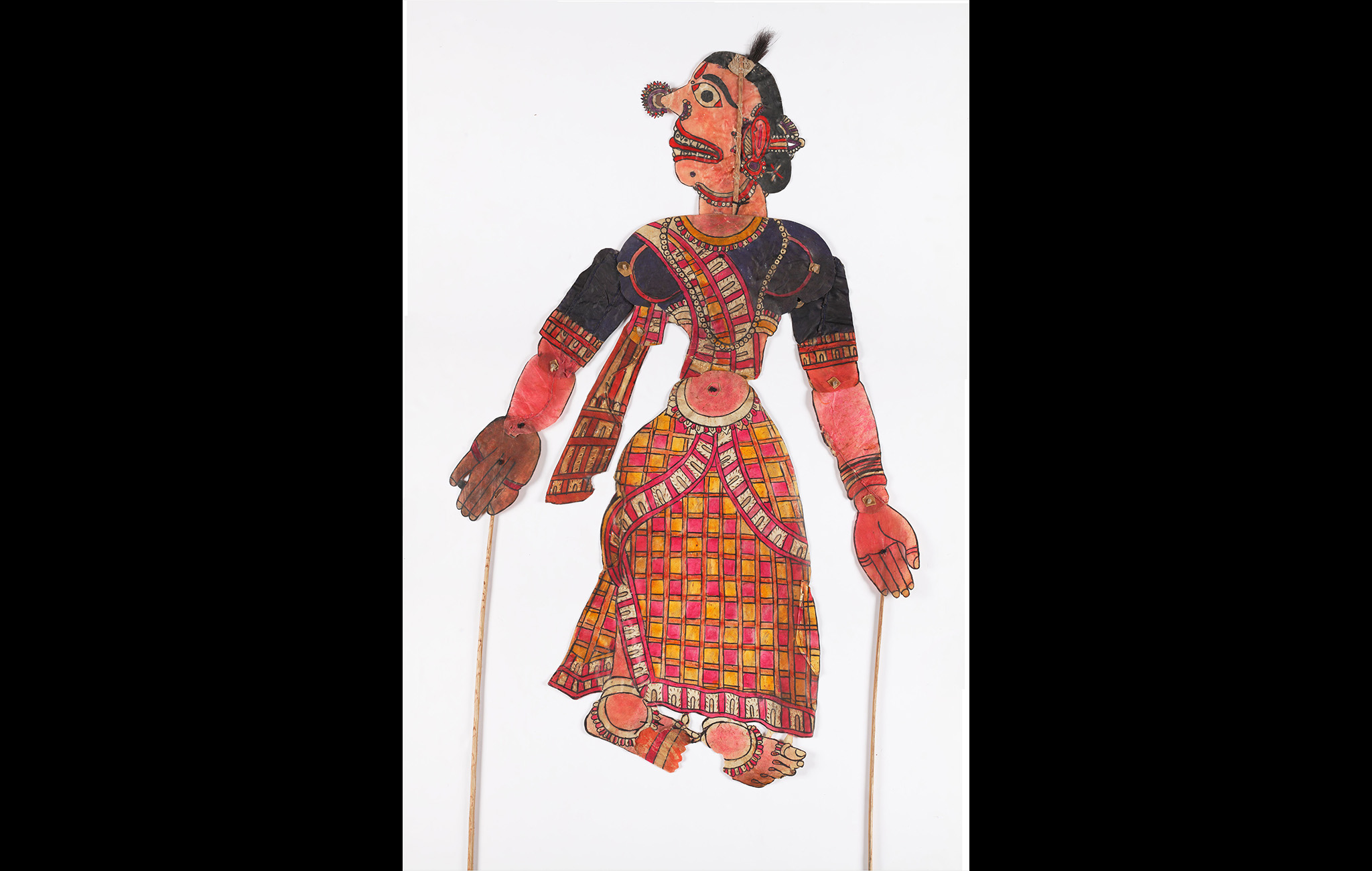 Bangarakka, a female comic, and her husband Ketigadu are popular jesters best known for their witty and humorous dialogues during the performance of Tholu Bommalaata. They are key characters used in introducing the central narrative with clownery and laughter and are often used in between the story to articulate valuable opinions of the main characters and their position, as well as to incorporate observations about contemporary society into the show.

One of the versatile proponents of this art is Sindhe Chithambara Rao. He is a National award-winning puppeteer who lives in the village of Dharmavaram in Andhra Pradesh. Chithambara Rao’s great-grandfather, Nayanappa Rao, was the first puppeteer in the family. He migrated from Solapur district in Maharashtra to Kolar district in Karnataka and developed his puppetry skills by building relationships with the local puppeteers. From the age of 8, Chithambara Rao trained under his father in the art of shadow puppetry, carefully observing his father, elder sister and brother synchronise the puppets with their storytelling melodies. Today, Chithambara Rao’s troupe Chaya Nataka Brundam has performed in cultural forums across India, Europe, South America, Egypt, and Oman.

To read more about Bangarakka and other comic characters in Tholu Bommalaata, click here.