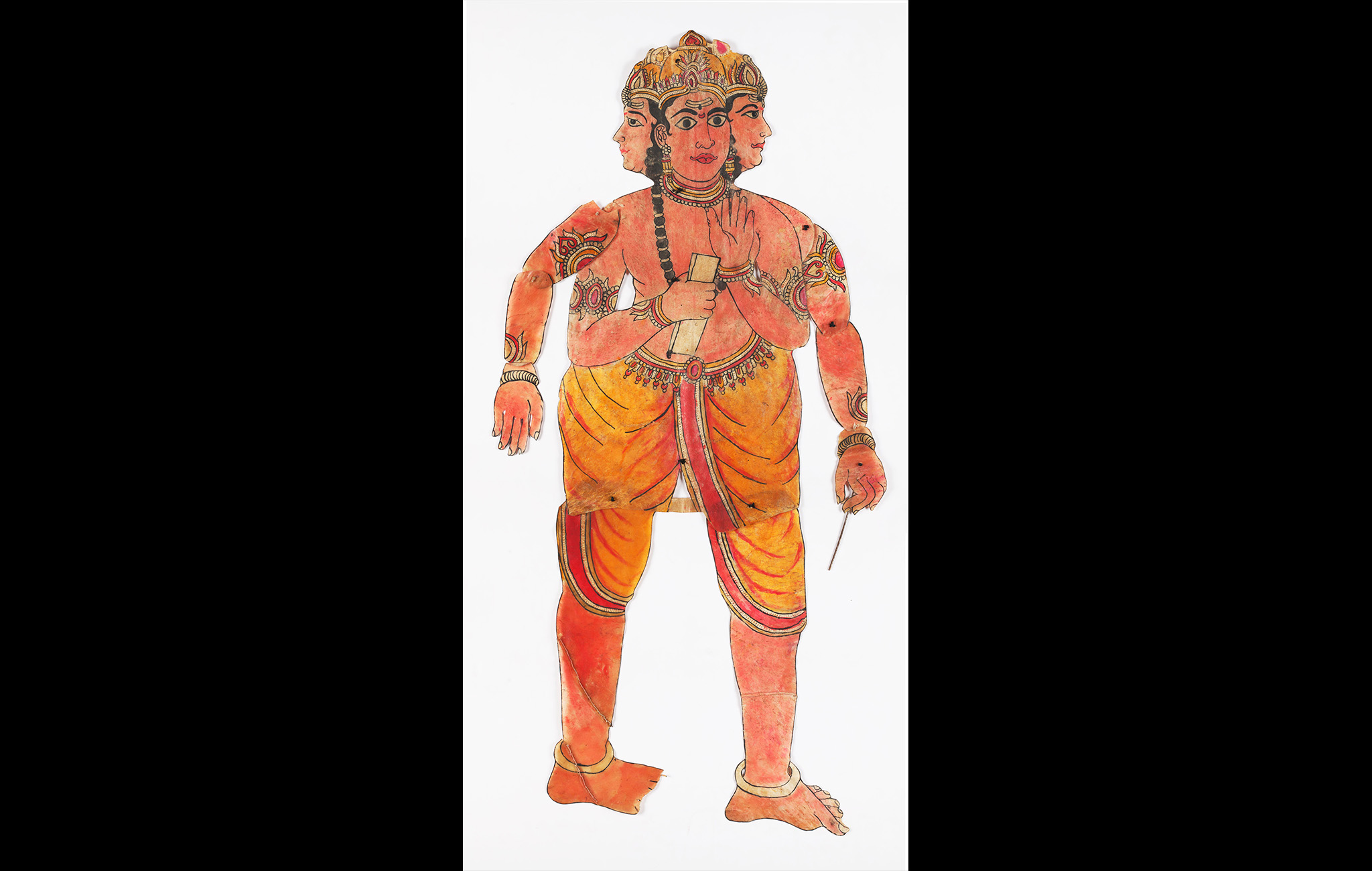 Brahma is one of the Holy Trinity in the Hindu Pantheon. Here he is depicted with three visible heads and four arms holding the scriptures in one hand. He also wears a yellow dhoti and a rudraksha necklace.

Iconographically, he is portrayed with four heads and four arms which hold the kamandalu (pot/bowl), shruka (sacrificial ladle), scriptures(Vedas), and a rosary. His (vahana) vehicle/ride is a swan.