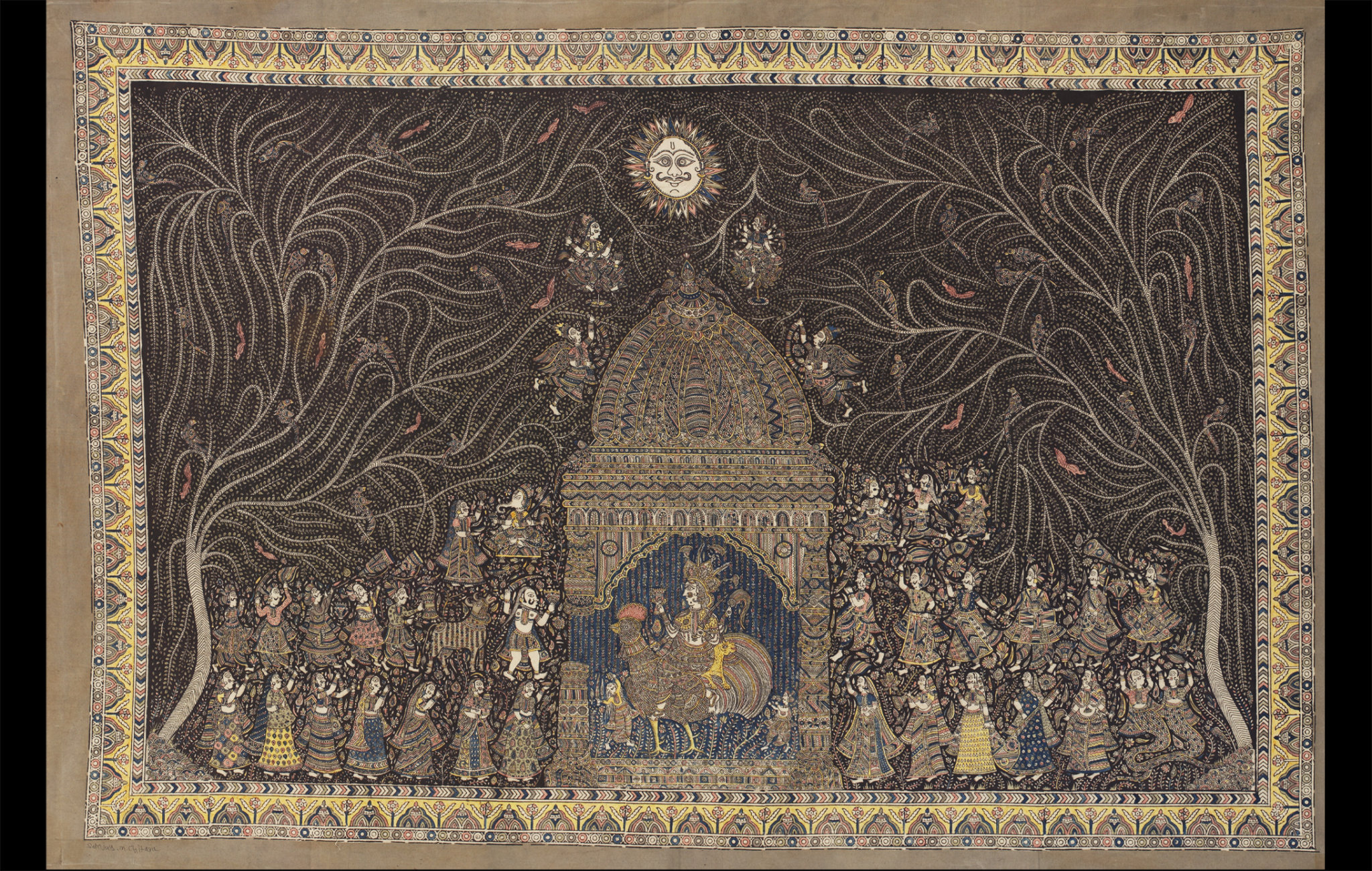 Bahuchara Mata is the central figure of this work. The goddess is depicted sitting on a rooster inside a shrine-like structure. Her is flanked by the images of Hindu gods and devotees, and foliage on the outside. This goddess’s name is derived from the Gujarati words ‘bahu’, meaning many and ‘chara’, meaning movement. Her mount or vahan is a rooster, she’s the patron saint of the hijra community and on Mata-ni-Pachedi textiles she’s often portrayed with four arms holding a sword, an incense burner and a trident. Read more about goddesses and their vahans