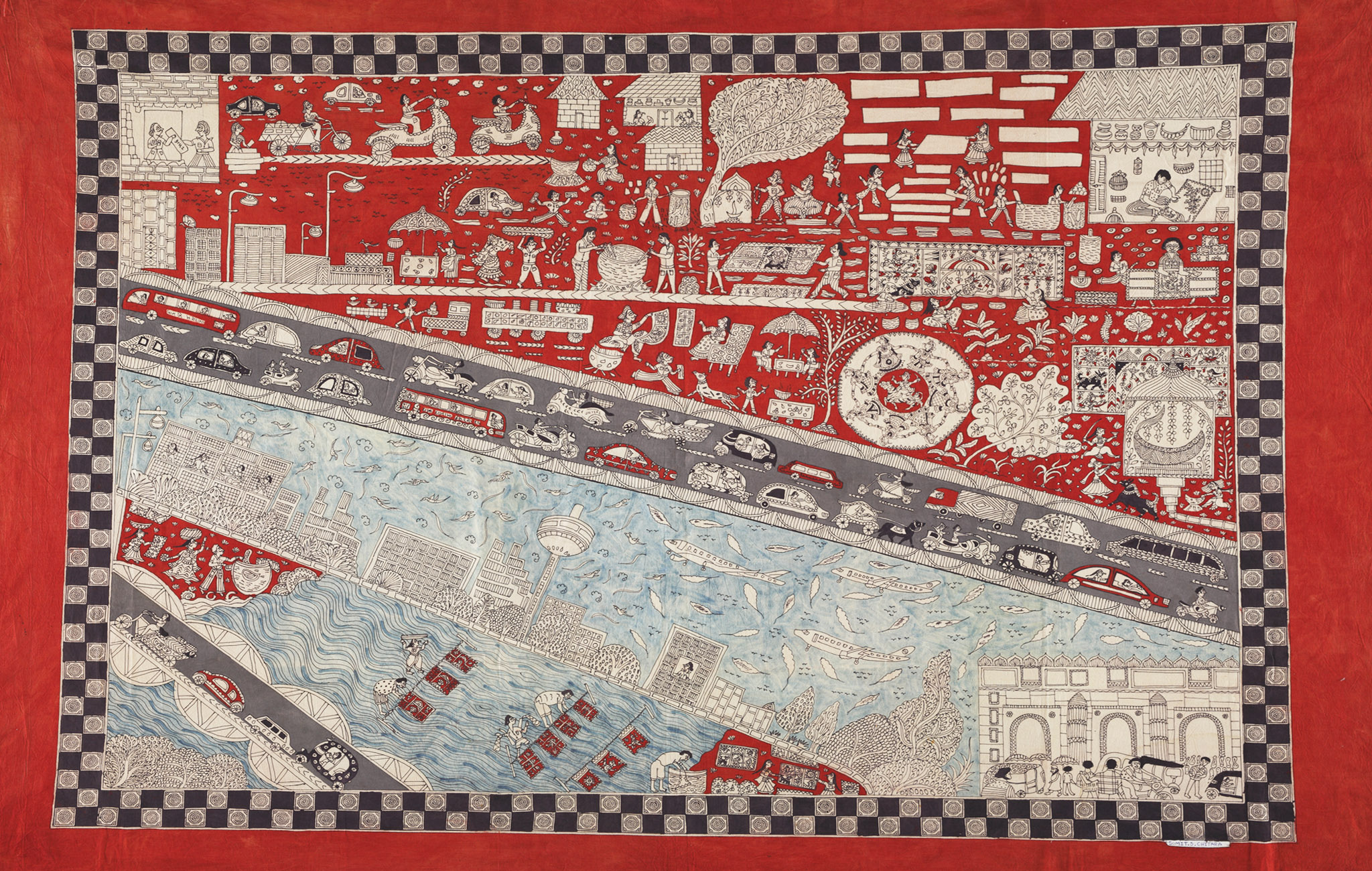 This artwork shows the process of making Mata ni Pachedi in the city of Ahmedabad. The Sabarmati river, Teen Darwaza, busy roads are shown more prominently than the Goddess, located off-centre.

Sanjay Chitara and his family have been upholding the artistic tradition of Mata ni Pachedi (Cloth of the Mother Goddess for over 10 decades. His son, Sumit Chitara has inherited this tradition and is greatly engaged in creating his own Mata-ni-Pachedis with a contemporary twist. He likes to include modern forms and features in his compositions such as roads, cars, airplanes and buildings. His paintings depict facets of the traditional art form in the setting of a cityscape. The modern renditions like the ones Sumit and to an extent even Sanjay Chitara create, have more artistic freedom in terms of process, technique and subject matter. For example, Sanjay Chitara is known to use various shades of blue in his compositions – unlike the traditional red, black and white hues. Light and dark blues represent the sky in this artwork. His current works are more naturalistic in terms of their aesthetic and physical appearance.

Sanjay also limits the use of block-printing techniques in his work, making it largely handcrafted. He paints in a vertical orientation and moves away from traditional divisions and layout. So he places his goddesses in their own domain, and often to the side, where it isn’t the most prominent part of the artwork. He has also introduced new characters like demi gods and mythical creatures such as a half-man-half-horse and mermaids.