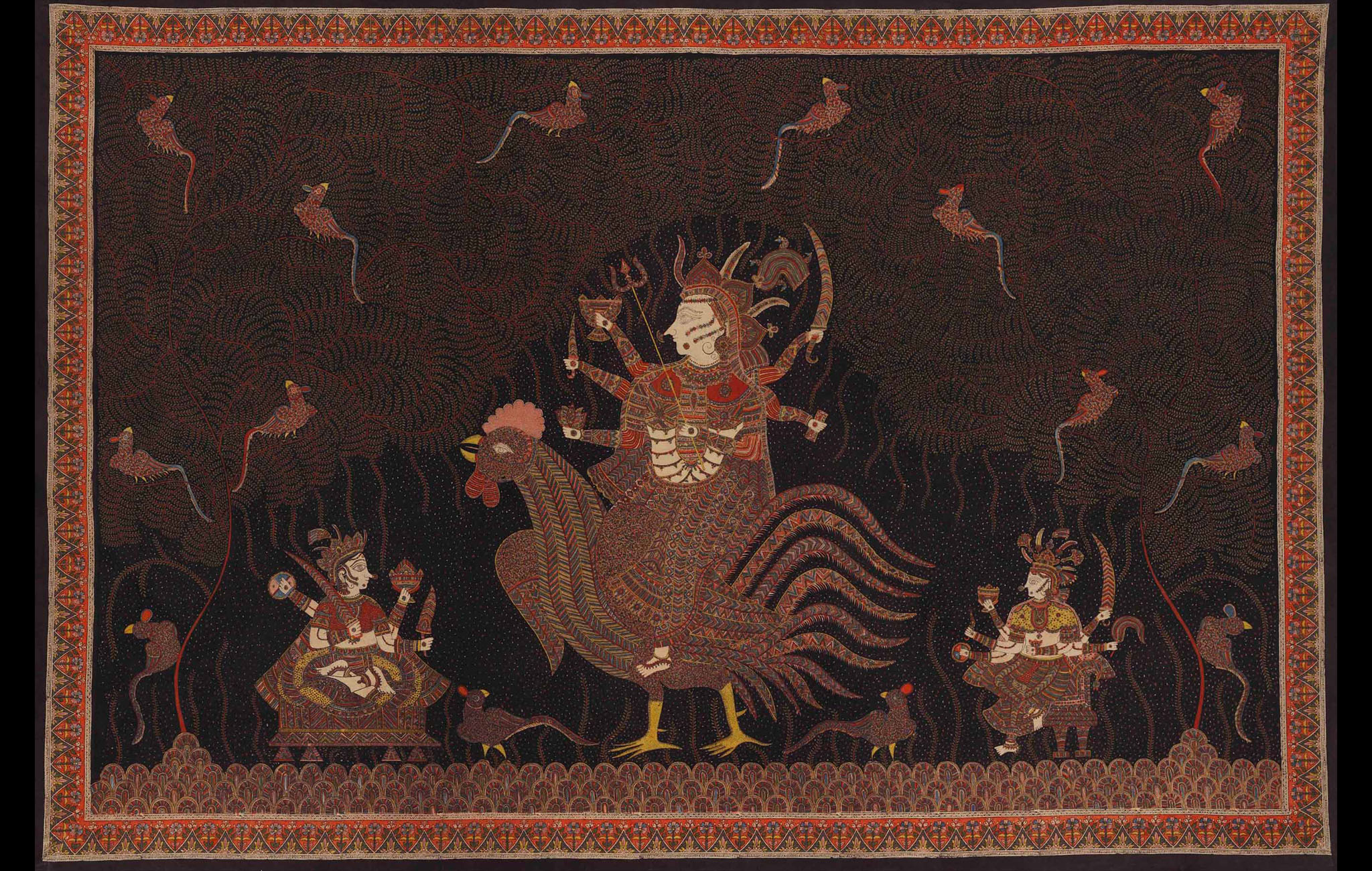 This Mata-ni-Pachedi  venerates the Bahuchara Mata, depicted sitting on a rooster. Two diminutive goddesses flank her on either side.

Benevolent protector of India’s hijra community, the Bahuchara Mata or Becharaji is most commonly portrayed seated on a rooster. The bird represents virility and devotees of the goddess seek help with infertility, among other maladies. Historically, the goddess has also been portrayed with a peacock as her mount, with the same rainbow-like trailing plumage. Both birds are revered and killing the rooster for food is prohibited among Bahuchar Mata’s followers. The main temple of Bahuchara is situated in the Mehsana district of the small town of Becharaji. Her Shrine is said locally to be one of the large shakti pith sites.

Mata-ni-Pachedi is a textile painting that is hand-block-printed and hand-painted by the Vaghri community. It’s a folk art form that is popularly called the Kalamkari tradition of Gujarat. The Vaghris are Devi-pujaks or devotees of the divine feminine, and they create intricate paintings on textiles that serve as easily portable shrines to a dazzling variety of goddesses. ‘Mata ni Pachedi,’ literally translated as ‘backdrop of the mother goddess,’ has a more varied, etymological background than might be suspected.

Sanjay Manubhai Chitara, the artist,  is based in Ahmedabad and has been part of the preservation of the Mata-ni-Pachedi painting tradition for over a decade. In 2000, he received President Abdul Kalam’s National Award. Sanjay started painting as an assistant to his father, Manubhai, a National Award winner, at the age of 12.