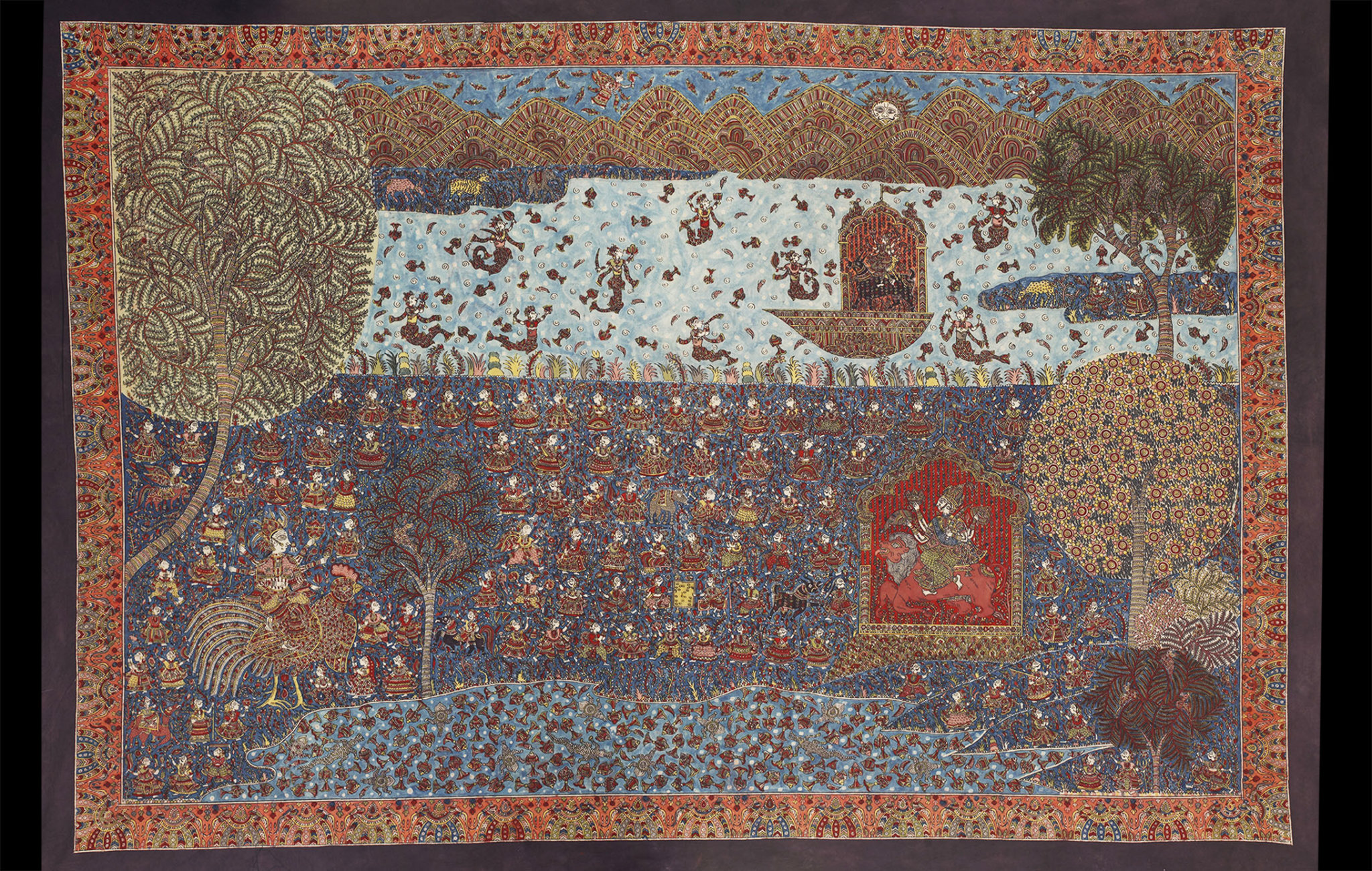 There are three central goddesses in this painting: Durga, Bahuchara Mata and Vahanvati Mata. If you’ve read this story on goddesses and their vahans, you will know that Durga Mata is the one riding the lion on land, Vahanvati Mata is riding a black goat on a boat in the sea and Bahuchara Mata is riding a rooster in a wooded area. The textile encompasses four terrains: mountains (top), ocean (middle), land (centre and lower half) and lake. Durga Mata is the epitome of the divine feminine at her fiercest; of the three on this canvas, she is the most mainstream. Bahuchara Mata is the patron saint of the hijra community and Vahanvati Mata is worshipped by merchants and seafarers.