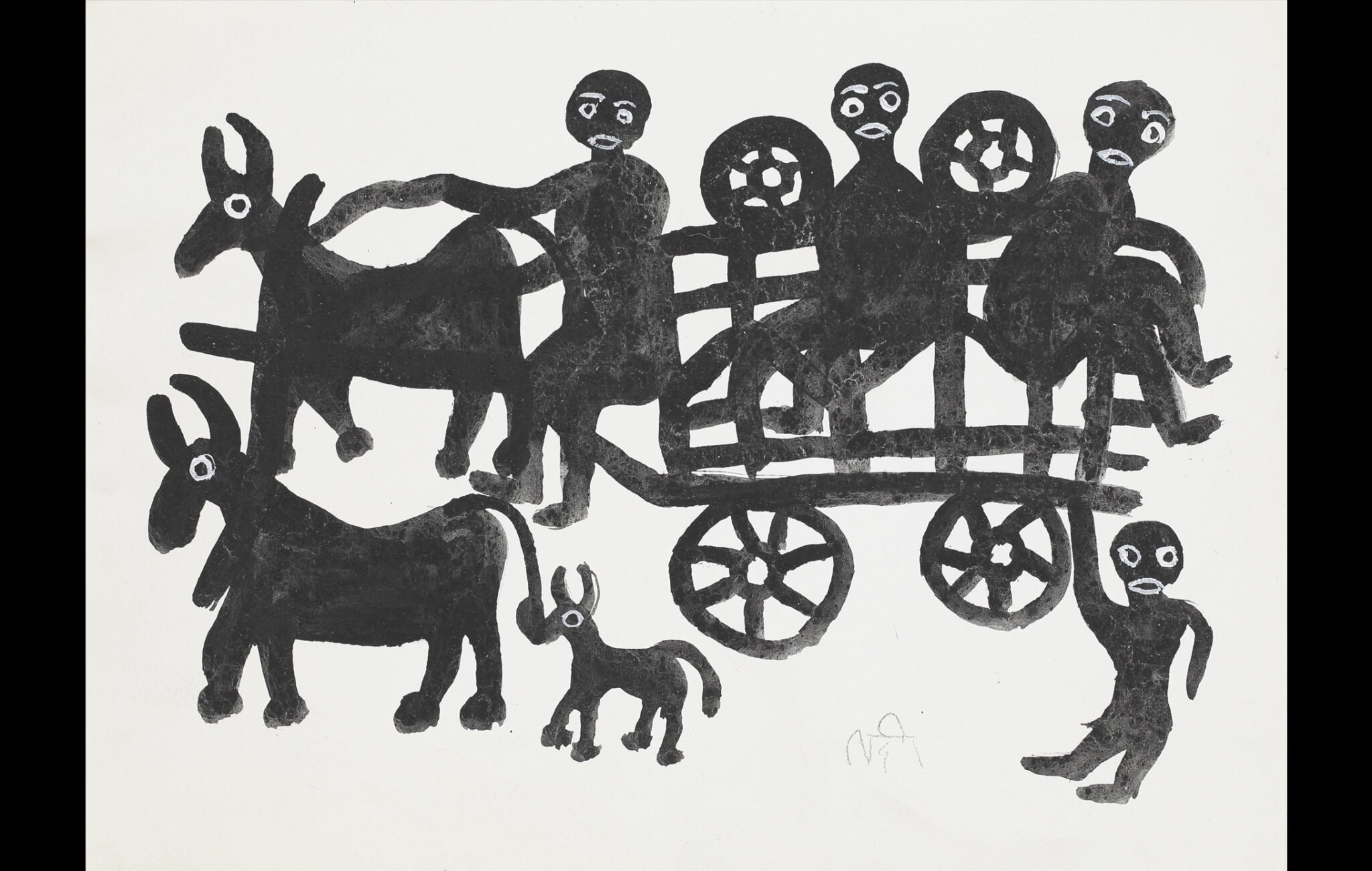 The Bhils are one of the oldest tribal communities of India, residing in western and central Indian states such as Gujarat, Rajasthan, and Madhya Pradesh. Like that of every other tribal community, the Bhil lifestyle is intricately connected with flora and fauna – as is clearly evident in the art they create. Bhil artists create imaginative and colourful forms that carry small dot-like patterns within. These are characteristic of paintings they make in their village walls and floors during the time of festivals and marriages.

This painting, created by Lado Bai, is notable for its departure from these characteristics of Bhil. It showcases three human figures on a horse carriage; beneath them are a horse and a foal on the left and a human man on the right. These forms are painted almost entirely in black; the only exceptions are the facial features of the humans and the animals. The white outlines on the faces of the figures give them a curious expression, making them the primary subjects of the painting. Lado bai breaks convention by not only omitting the dotted patterns but also by focusing on the human figures, instead of the nature surrounding them. Lado bai is a Bhil artist born in the village of Jhabua in Madhya Pradesh. She used to make art on the walls of her house for recreational purposes way before she decided to pursue it as a profession. Her art was discovered in the 1970s by Jagdish Swaminathan, the then director of Bharat Bhavan. She was among the manual labourers employed for the construction of a new museum in Bhopal.

Like Bhuri bai, Lado bai went from being a labourer to an artist featured in the Arts centre at Bharat Bhavan, which became a launch pad for several tribal artists. Lado bai used to paint ritualistic gods in her house but the canvas freed her from these constraints and she began depicting wilderness, focusing on animism. Her work takes inspiration from stories passed on to her by elders in the tribe and she recreates them in unrealistic imaginative forms using bright colours.

Charcoal and Resin on paper