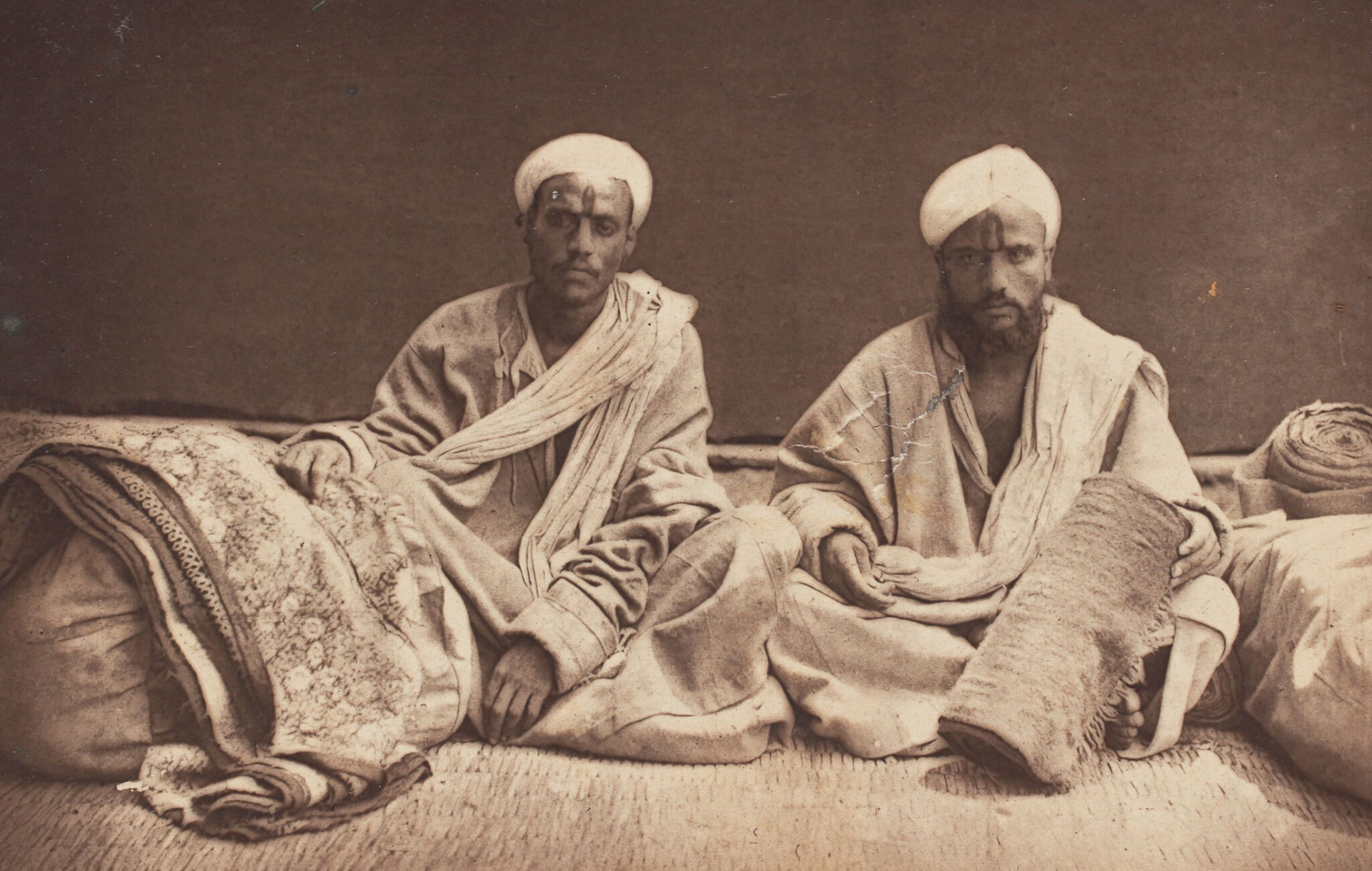 This is a photograph taken by Francis Frith in 1875 of two Kashmiri Brahmins who are cloth sellers by profession.

The origins of the Kashmiri Brahmin or Pandit community have been traced back to ancient times, and they are hence considered to be among the oldest inhabitants of Kashmir. Historically, during the Akbar administration, many  were employed as peshkars (revenue collectors), diwans (ministers), and sahibkars. During the British Raj, they were found in almost all branches of administration.