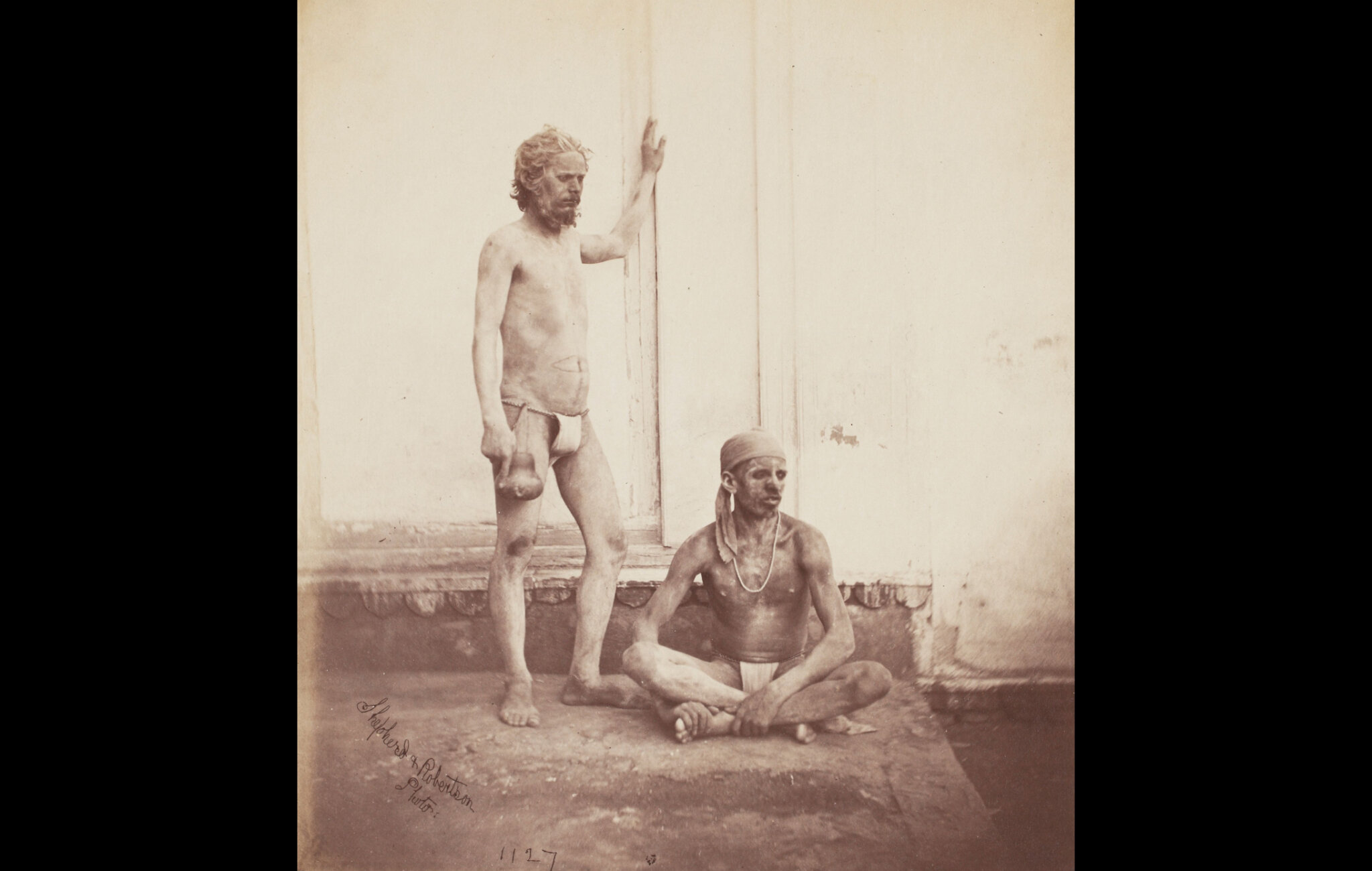 This photograph from the 1860 book, ‘People of India’ is captioned ‘Udasees from Sutlej.’ It carries the sign of the photo studio Shepherd & Robertson, which later became the long-running Bourne & Shepherd studio in Kolkata.

Udasis are ascetics who follow the teachings of Srichand, son of Guru Nanak. These monks wear matted locks and loincloths, practice celibacy, and were once crucial in protecting and propagating the faith of Sikhism; however, their influence in the community has since waned. The word Udasi has its roots in the Sanskrit word for detachment, ‘udas’.

The original People of India albums were issued in 1868. They were initially conceived as a personal project for Lord Canning, the then Governor General. However, after the 1857 rebellion the collection transformed into an administrative effort of demographic profiling in order to prevent future unrest. The People of India is a collection of 468 individually mounted albumen print photographs of the several tribes, castes and trades of India. And just glancing at this multi-volume work gives us a glimpse at how diverse Indians historically were. In fact, scholars argue that these studies had a totalising and divisionary effect – they reified, defined and perpetuated differences. But even when these photographs were taken, there was a sense that the globalising force of imperialism had touched the native people and that certain attires, trades and elements of culture were fast vanishing.