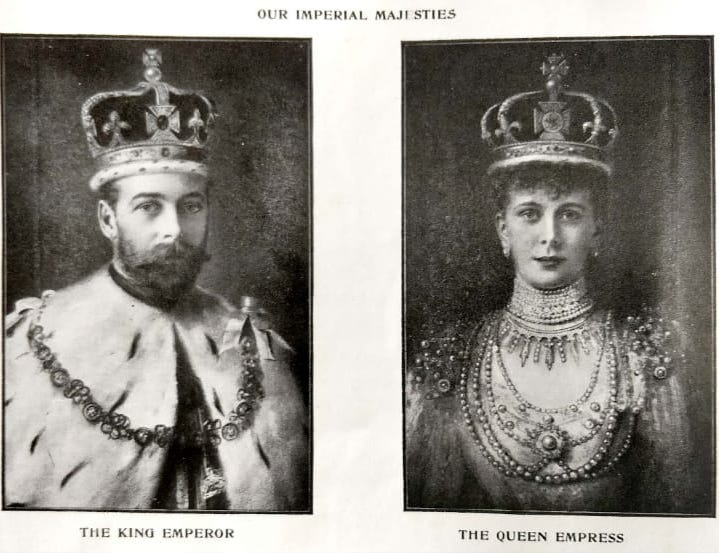 The year 1911 marked an important moment in Indian history. Five months after George V ascended to the throne of England, he and Queen Mary presided over the Delhi Durbar in December. It was a momentous occasion that proclaimed them emperor and empress of India, but more importantly, marked the shift of the country’s capital from Calcutta to Delhi. Part of the Sarmaya collection, Views of the Imperial Delhi Durbar 1911 is a photo album containing rare images by Stewart & Metzker from the event 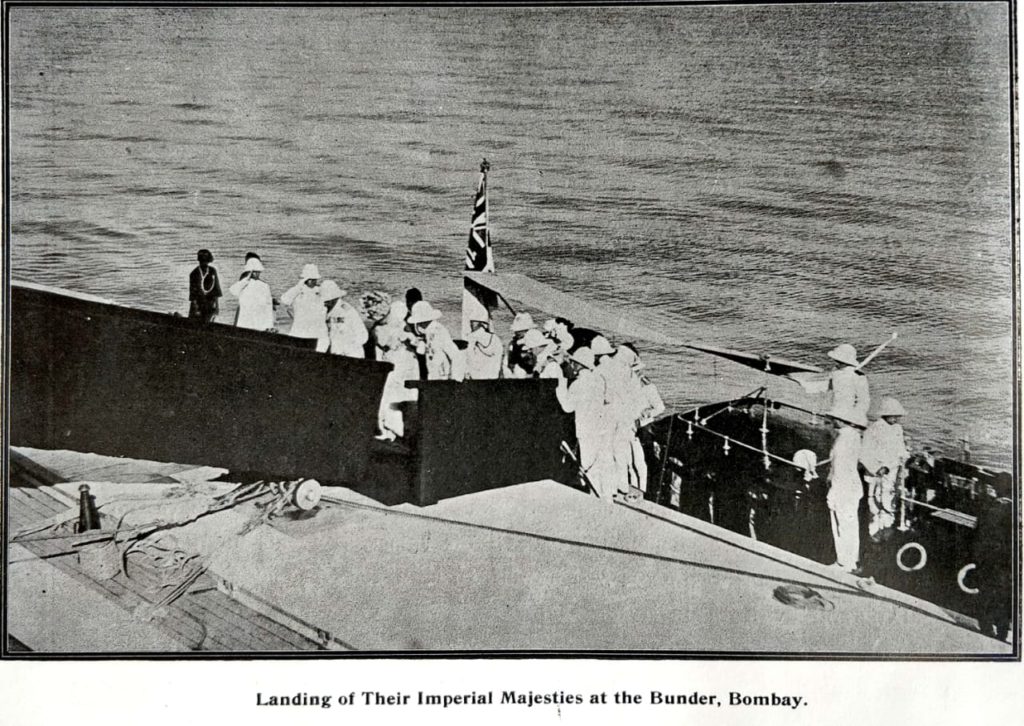 Before their appearance in Delhi, the royal couple spent a couple of days in Bombay after docking here on the morning of 2 December 1911. The photograph above shows the royal couple getting off the boat at Apollo Bunder. 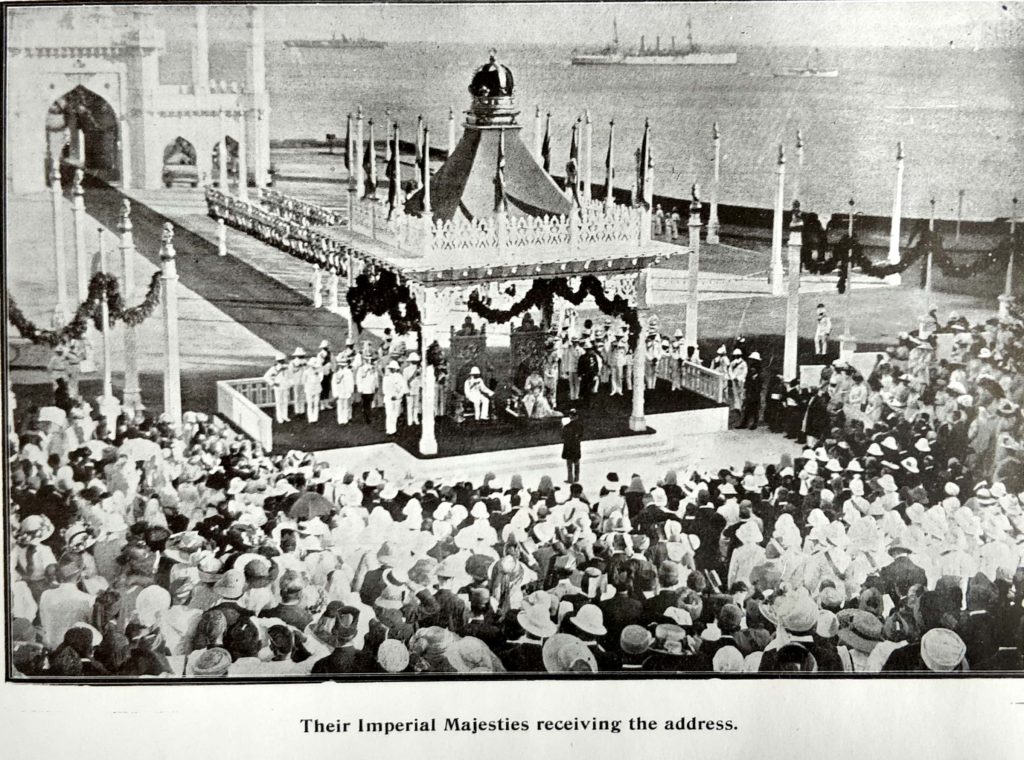 They were greeted enthusiastically by spectators who’d lined up to catch a glimpse of the royal couple. A pavilion with two thrones had been prepared for them in front of the Gateway of India from where they received the welcome address by Pherozsha Mehta, an influential activist and Municipal Commissioner of Bombay. Interestingly, the Gateway of India shown in the photograph is actually a cardboard model of the original structure. Although the monument was to be built to commemorate the visit, constructions only began in 1915. 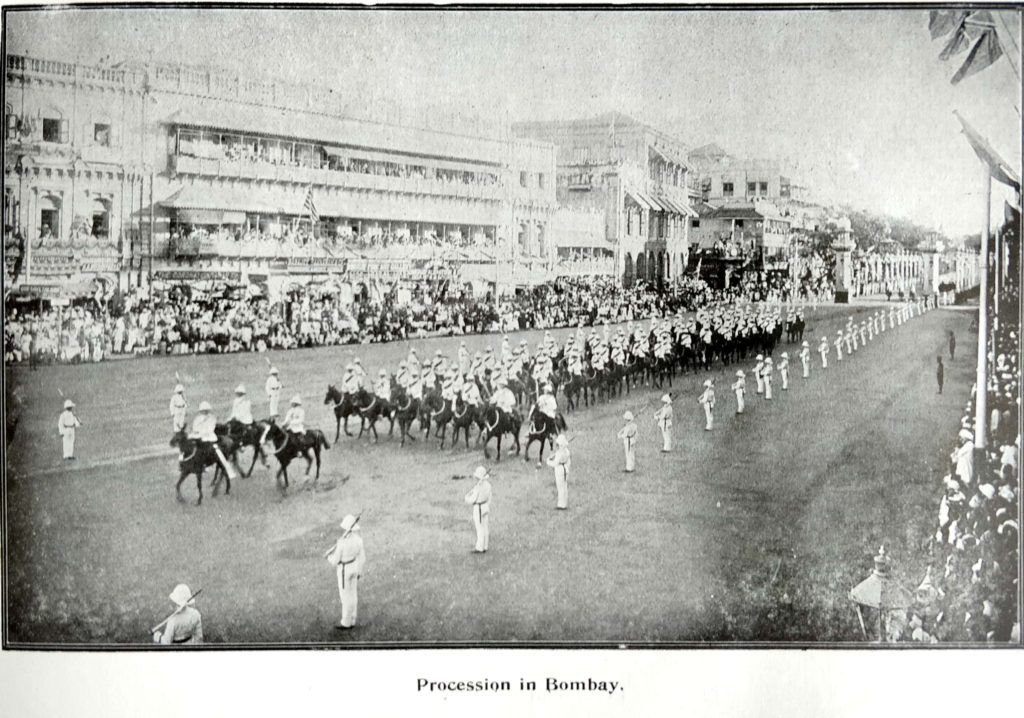 The photograph above shows the procession that took place around the city. The streets were crowded with onlookers, and so were the balconies and rooftops of most of the buildings. The streets were decorated with festoons and British flags. 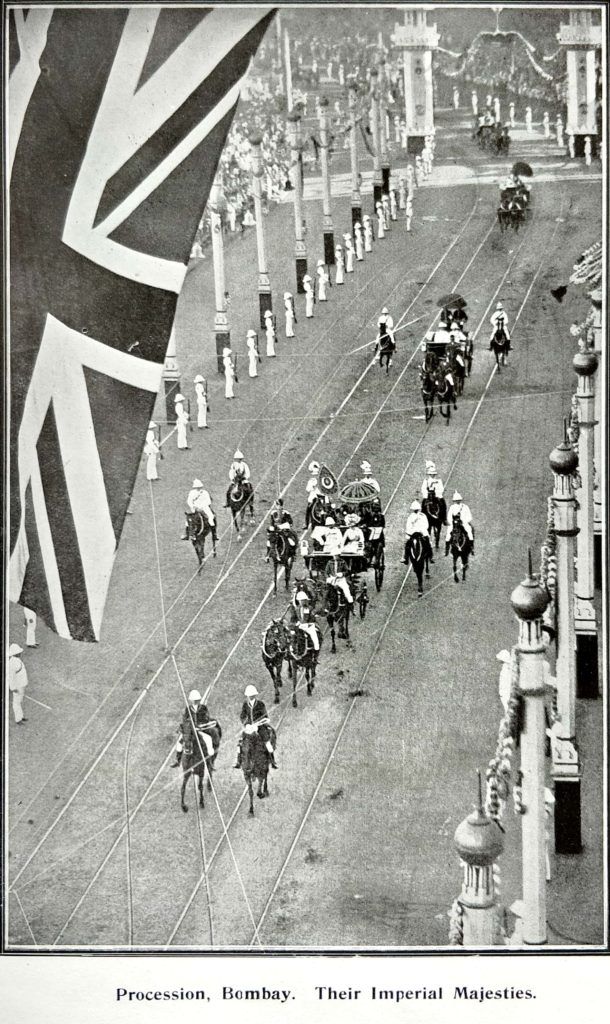 The procession went on for about 10km winding all the way to Malabar Point and returning to Apollo Bunder. Here, the royal couple can be seen riding the procession in their carriage. 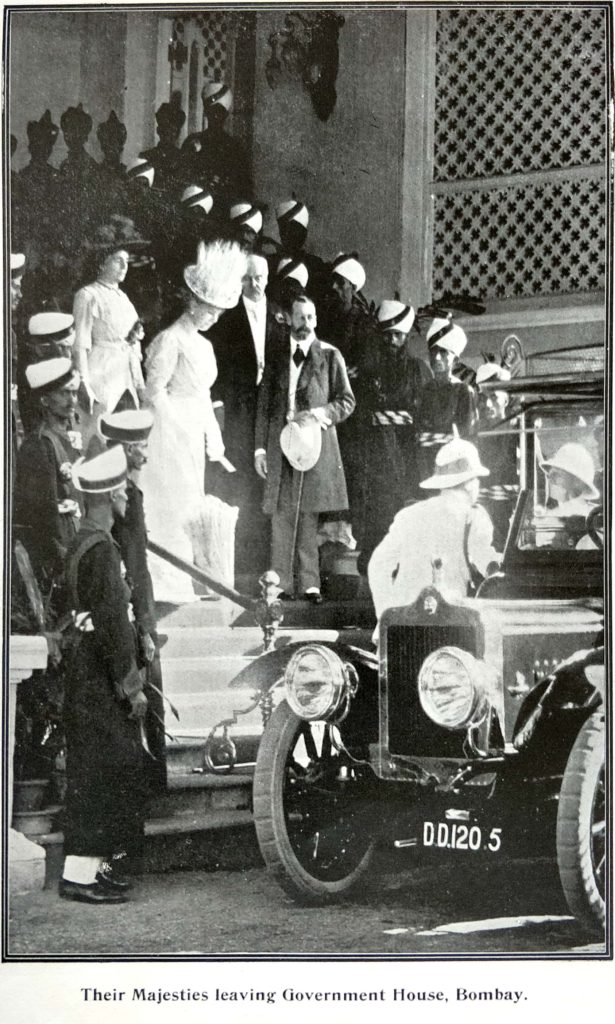 The next day, the King George V and Queen Mary lunched with George Sydenham Clarke, the Governor of Bombay, at the Government House or the Raj Bhavan. 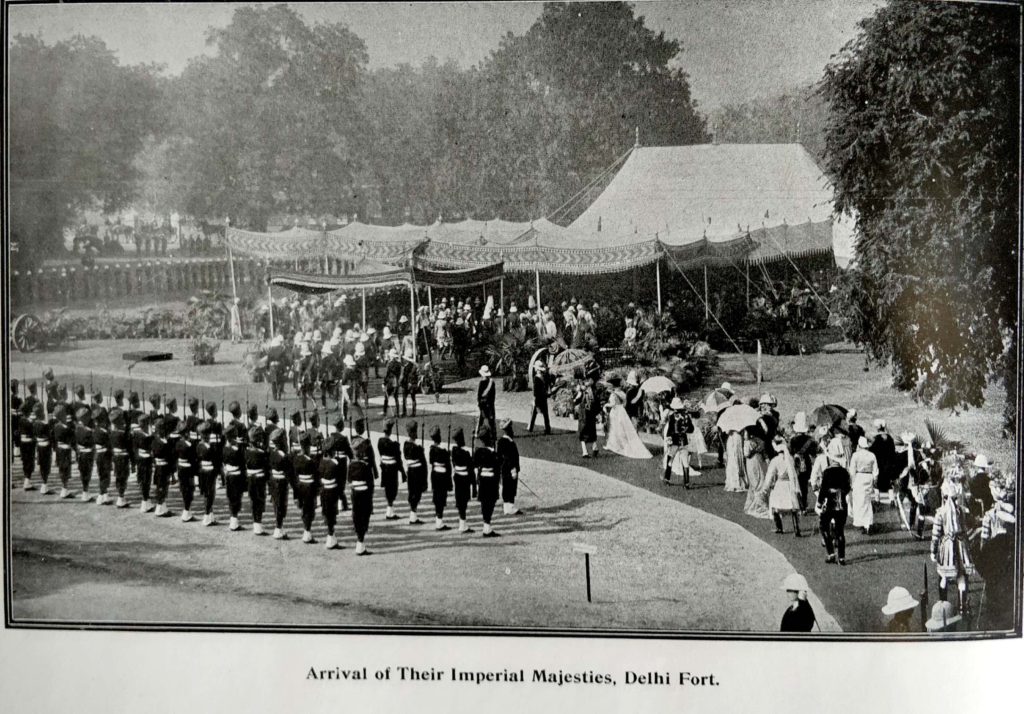 After a few days spent in Bombay, the royal couple proceeded to Delhi for the coronation durbar and celebrations. Royals and nobles from different parts of India came to pay their respect to King George and Queen Mary. At the ceremony in Delhi, the announcement was made that the capital of India would be shifted from Calcutta. By some accounts, this was an unexpected development. 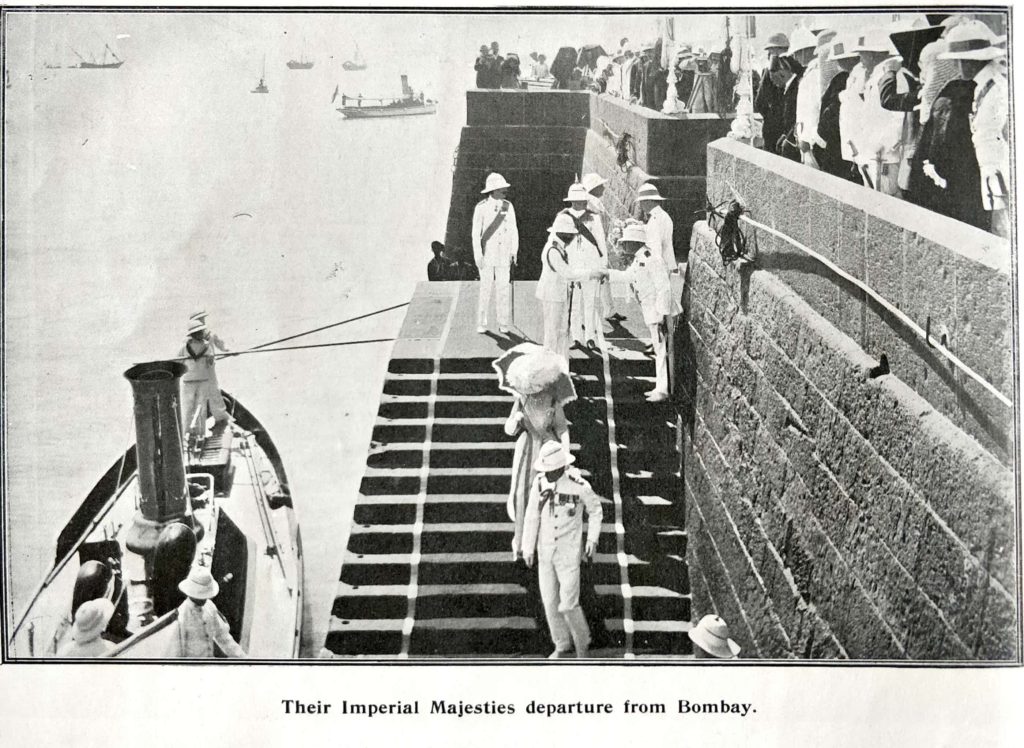 After a month-long tour of India and Nepal, the royal couple returned to Bombay on 10 January 1912. They were welcomed back with the same enthusiasm shown at their arrival. The king gave his farewell address before proceeding to the launch that would carry him and his wife to their ship.

The Durbar not only exposed the British monarchy to their Indian subjects, but also forged relationships between Indian leaders and the British Sovereign. It is also interesting to note that while three coronations Durbars have been held in India, George V was the only British monarch to attend the celebrations thrown in his honour in India.