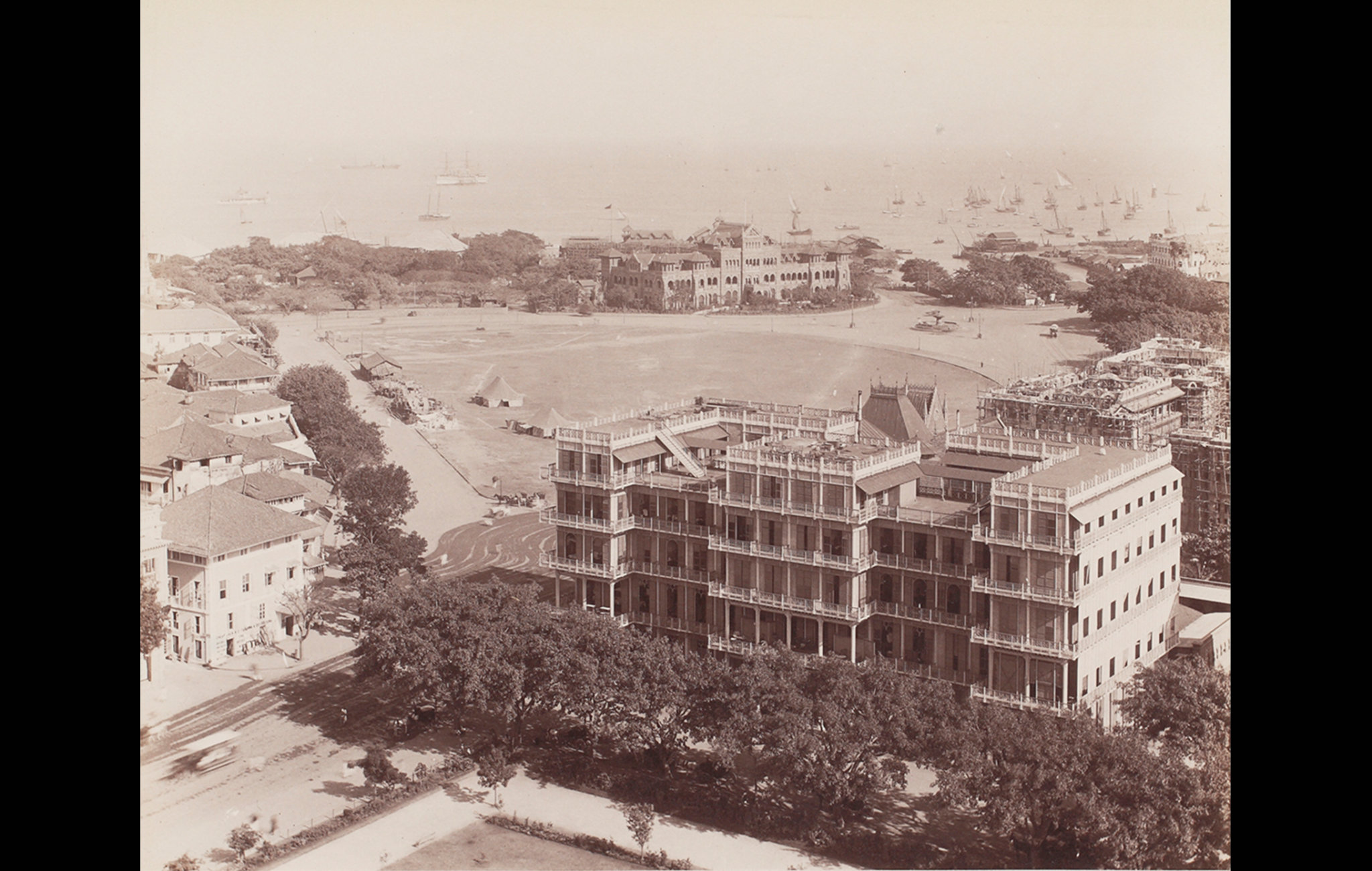 The Watson’s Hotel, earlier the Esplanade Hotel, is the oldest surviving cast-iron structure in India. It was named after its first owner,  John Watson, an English businessman in Bombay. The original cast iron objects were designed by the engineer Rowland Mason Ordish, who constructed the various parts in Britain and shipped to India. The construction on-site started in 1867 and was completed by 1869. Contrary to the original plan of running offices out of it, Watson’s was opened as a hotel in 1871. In its prime, the hotel saw many dignitaries as its guests, including Mark Twain and Rudyard Kipling. By 1920, the building had ceased to be a hotel and was renamed Esplanade Mansion. It became a residential space that attracted many law offices due to its proximity with the High Court. Architects emphasize that it is an excellent example of a multi-storey building whose load is borne almost entirely by its iron components. The framework used in the Watson’s was a precursor to the steel framework that make the skyscrapers of today a reality.

Commercial photography was born in Bombay at around the same time as the Watson’s—read more about this heady time in Indian history here.